Rapson: Capitol siege should compel all to make fortifying democracy a priority 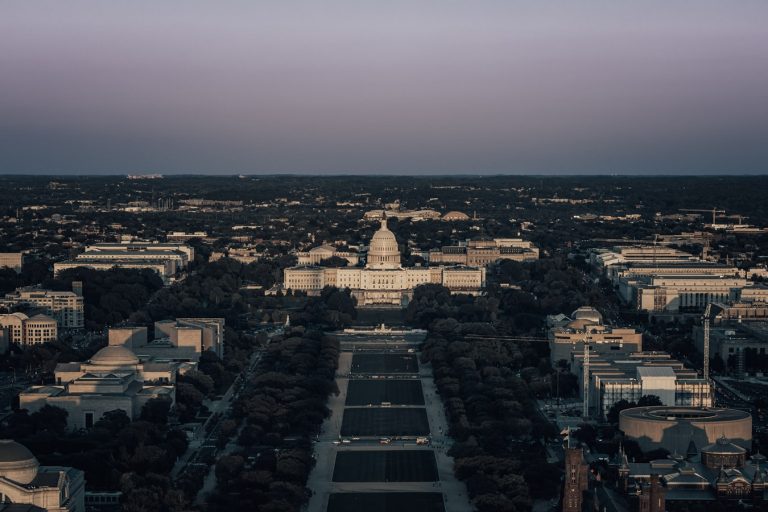 Photo by Andy Feliciotti on Unsplash

The images of anarchists and terrorists that unfolded last week at the U.S. Capitol showcased an America that is undeniably a part of us. It’s one that has surfaced with alarming regularity throughout our history. Ibram Kendi spoke with our staff in late 2019 and reminded us that it has been an insidious element of American culture from the slave era to the Civil War . . . from the dismantling of Reconstruction to the implementation of Jim Crow . . . from the lynchings of the early 1900s to the postwar policies of residential segregation and mortgage redlining . . . from the voter suppression disgraces of the last 50 years to the hate crimes and militarized politics of the last four.

I was struck by the response of one rioter to a reporter’s question about why he was doing this and what he thought the end-game was. “What else can we do?” he replied. “We’re not being heard. Not even by the Supreme Court.”

What kind of dangerously self-indulgent perspective is that? What else can he do? He has many choices. He might start by doing what Stacey Abrams did in Georgia – organize people to become engaged, use their voice and embrace their empowerment as integral to the way decisions in the public realm will be made.

Sadly, I don’t think he would understand that. Because for him, and so many of the mob gathered, this is a death-match in a zero-sum power game. The idea of not winning is the crux – his privilege and status and way of life must be protected and preserved at all costs. And that’s not happening in his mind if the demagogue to whom he looks for assurance loses an election. He can’t let that happen. He can’t even conceive that it would happen. He certainly can’t admit that it did happen.

And because it can’t happen – didn’t happen, in his opinion – he believes that he must deliver his message through any means necessary, including tearing down the system that gave rise to that privilege and way of life.

By tearing down that system, he doesn’t mean deconstructing those laws and norms and policies that stand in the way of equitable opportunity for all Americans. He means a nihilistic tear-down – if he can’t have what he wants, neither can you.

I am struck that, by that standard, Black and Brown citizens of this union would have torn down the Capitol a very long time ago. But they didn’t. Not Martin Luther King. Not Cesar Chavez. Not Black Lives Matter. Not Ai-jen Poo. Not John Lewis. Not Bryan Stevenson.

Instead, those Americans have striven tirelessly, heroically, fearlessly to remake the system – giving practical definition to Dr. Martin Luther King’s belief that the arc of the universe is long and does indeed bend toward justice. For hundreds of years, our citizens of color have worked with a boot on their neck to aspire and to protest . . . to plan and to organize . . . to build something new and just . . . to usher in a time when the nation could witness the election of a Raphael Warnock or a Barack Obama or a Kamala Harris.

This event at the Capitol is not one that can, or will, fly from memory. We’re not done with this particular turn of the wheel quite yet. Media reports suggest more riots are plotted for January in the days leading to and including Inauguration Day. We can only hope and pray that we will see the full reversal and repudiation of the willful, racist and criminal disregard of risk that led to the failure to deploy federal protective forces beyond the Capitol Police on January 6th.

This poison does not have to be part of our bloodstream. It simply can’t be. It will destroy us if it persists in the America in which our children will grow up.

It’s really hard to look above the waterline of hatred and wanton cruelty to see the sky. But there is every reason to do that.

• Think about the possibilities of an administration that is competent, that is filled with people of integrity and virtue and committed to social progress, and that reflects back to us what we as look like as a nation.

• Think about the likelihood of a Congress that will embrace, rather than block, policies conceived and executed to gain control of the pandemic, including the accelerated vaccination of the full spectrum of the nation’s frontline workers.

• Think about the prospect of rapid reversals of hundreds of regulations that have impeded the progressive movement’s central goals in climate, human services, urban development, health and higher education.

• Think about the potential for spending packages that will bolster none too soon the burdens that have brought the economies and tax bases of states and cities to the point of collapse.

• Think about Georgia’s first Black senator and its first Jewish senator walking into the institution desecrated by the seditionists to take their oath of office.

• And think about the incredible and extraordinary people whom we all know, doing great things, empowering others, lifting people and causes, and holding the fabric of the nation’s cities together.

These points of optimism can’t paper over the horrors of last week. But they are thoughts that I strongly believe can help The Kresge Foundation and our partners move forward with conviction and hope.

The moment is an inflection point, not a new stasis. As I have thought about the work that every person at Kresge does to advance our mission, I am reminded that we are profoundly committed not just to urban opportunity and racial equity, but also to a form of democracy that bears no resemblance to what we saw last week.

Democracy is not one concept, but a great many. We at Kresge have taken aim at various of its manifestations – funding a full and fair Census count, investing in voter registration and get-out-the-vote campaigns, supporting capacity-building in Detroit and Memphis and New Orleans, and many others.

But the events of last week – of the last two months more precisely – compel us to think about how the protection and fortification of democracy can be woven even more fully into the fabric of our work.

In the meantime, Kresge will do its part to help this nation build back better by contributing to the pursuit of complete, just, and racially equitable cities, including our hometown of Detroit.

Cities whose public, private, and civic realms possess the problem-solving machinery to reduce health inequities by zeroing in on prevention and the enhancement of community-based public health systems . . . to advance postsecondary opportunity for students of color and students with low-incomes . . . to provide families with the requisite human service supports to open pathways to true and full social and economic mobility . . . to enlist arts and culture in strengthening community renewal, social cohesion, and racial and ethnic reconciliation . . . to build community capacity to mitigate and adapt to the differential impacts that climate change has on low-income communities.

I’m eager to get on with it in this New Year. I hope you are too.

Rapson: Restoring decency and respect for norms is essential in 2021