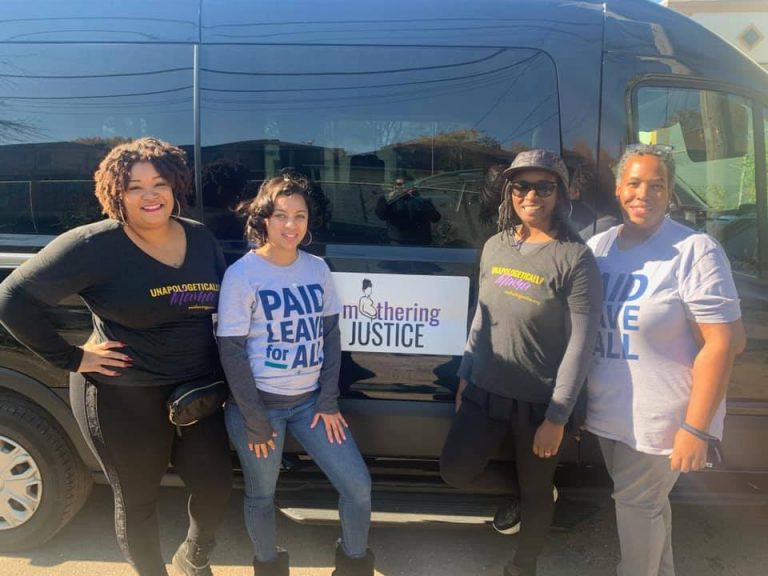 The Kresge Foundation today announced more than $8 million dollars in new grant commitments over the next three years to support racial justice in its hometown. This brings funding to 20 organizations and institutions of varied sizes and ages, that range from frontline activism to strengthening economies in neighborhoods of color to supporting small businesses owned by people of color.

The grants are part of a sweeping pledge to advance Kresge’s long-term support of racial justice and opportunity with a commitment of $30 million in new grants to organizations working nationally, as well as to place-based organizations in New Orleans, Memphis, Fresno and Detroit. These are mostly three-year, no-strings-attached grants for general operating support.

“Since 2007, we’ve had the opportunity to work alongside numerous partners and organizations to ensure greater opportunity in the city of Detroit, particularly its neighborhoods,” said Jackson, noting the year Kresge began its specific focus on revitalization of the city where it was founded in 1924.

“The Black Lives Matter movement makes crystal clear the stakes of justice in our community and in our nation,” Jackson added. “This is the time where we’re going to meet the movement, to deepen our investments related to racial equity and racial justice in the city of Detroit. The expansion of opportunity that we seek cannot come without racial and economic justice. We must redouble our commitment to provide the next generation a more equitable city.”

Speaking to the importance of the investments in Detroit and the other focus cities, Kresge President and CEO Rip Rapson said, “Place is where the dynamics of accountability are possible, where issues of race and justice and injustice are so clearly manifest that you can name them and spot them.”

“In Detroit,” said Jackson, “the grantees span a range of unique histories and strategies that converge in the cause of advancing equity and racial justice within the city, from working on the ground for the support of African American entrepreneurs to improving community safety with a through-line of community self-determination. The impact of these organizations will be far greater than the simple sum of their efforts.”

Among the largest grants are $1.5 million for Detroit Future City, which last year sharpened its focus on racial justice with the creation of the Center for Equity, Engagement and Research. The New Economy Initiative will receive $1.25 million to build a network to undergird small businesses in key commercial corridors, with an emphasis on small businesses owned by people of color. Michigan Justice Fund, a collaborative fund that supports community-driven solutions to criminal justice reform, will receive $1 million.

The national organization Enterprise Community Partners will receive $684,500 for a fund to support approximately two dozen community development organizations in Detroit. Meanwhile, the Detroit Black Community Food Security Network will receive $500,000 for its planned Detroit Food Commons, a complex planned for the North End, to include a cooperatively owned grocery store, an incubator kitchen for culinary artists and food entrepreneurs, a café and community gathering space.

The $8.2 million in grants range from $1.5 million to $150,000 and bring support to multiple generations of Detroit’s activist and civic organizations. The groups receiving support include the city’s chapter of the NAACP, one of the oldest chapters (founded 1912) of the nation’s oldest civil rights organization (founded 1909). They include New Detroit (founded in the wake of Detroit’s 1967 rebellion), ACCESS (the Arab Community Center for Economic and Social Services founded in 1971), American Citizens for Justice (founded in 1983, in the wake of the fatal, racially motivated beating of Chinese American Vincent Chin a year earlier), through to the LIVE6 Alliance (formed in 2014) and FORCE Detroit (founded in 2017).

For the Detroit NAACP Branch, Kresge’s support comes at a time when the key word is “perseverance,” said Kamilia Landrum, executive director: “Perseverance in the midst of a pandemic that is greatly impacting our members and the Detroit community.”

“It has not been an easy task, but we remained vigilant in our ongoing quest for social justice and equality,” she added, ticking off a list of recent efforts, from leading the charge for Detroit Public Schools Community District students to receive tablets for virtual learning, to voter registration (“Take Your Soles To The Polls”), to pushing CEOs at major corporations to expand diversity and equity initiatives.

Jackson emphasized that the grants announced by the foundation today reinforce one another, from the national organizations funded down to grassroots organizations in Detroit and the other cities.

Some $8 million is being committed to national racial justice grantees to lend their expertise to local organizations in a host of important areas such as: policymaking, power building, legal assistance, data gathering and analysis, community organizing and strategic communications. Those grantees include the Movement for Black Lives (M4BL), comprising the ecosystem of organizations leading today’s modern racial justice movement, and the Black-Led Movement Fund (BLMF), the primary grantmaking vehicle by which philanthropy can learn about and invest in on-the-ground racial justice nonprofit organizers.

At the grassroots in Detroit, there are activists like Alia Harvey-Quinn, founder of FORCE Detroit — which stands for Faithfully Organizing Resources for Community Empowerment. FORCE Detroit convenes the Live Free Coalition of interfaith, grassroots and public sector leaders who are committed to having hard conversations about complex community issues from water shutoffs to regional transportation to violence prevention. FORCE Detroit also emphasizes leadership development and advocacy for youth leaders of color.

The other day she spoke of the importance of connecting grassroots leaders and their “powerful stories” to relevant data to make the case for their priorities.

Sharing her own stories about the work that “dropped into my spirit,” Harvey-Quinn recalled some years ago leading a Friday-night poetry workshop for teens, good kids in one of Detroit’s worst neighborhoods. She recalled the heart-rending confession of one 15-year-old, the elder male among four children whose mother worked part-time at McDonald’s. The discussion topic of was fear, and this was his: “He was afraid of who he became when he had to rob to help his mom pay the rent.”

For Harvey-Quinn, seeing the toll of systemic racism and inequality closeup is motivation to work for change, for a Detroit where a 15-year-old doesn’t feel that bind, where no one needs to be afraid of him, where he need not be afraid of himself