As mandated by Article I, Section 2 of the U.S. Constitution, the federal government must conduct a census every 10 years, critical population data that determines congressional apportionment and that serves as the basis for the distribution of billions in federal funds to local communities. This massive information-collection effort gathers data on important demographic, socioeconomic and employment indicators – and a is critical component to a functioning, modern-day democracy.

The 2020 Census faces unprecedented challenges — hiring shortfalls and leadership vacancies; insufficient funding, resulting in canceled tests and scaled back preparations; a reduction in the number of field offices in key cities and states; cybersecurity threats as the next census is Internet-first; and community reluctance and fear of sharing information with the government. 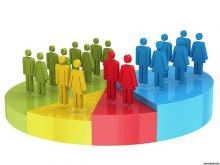 For the first time since 1950, the U.S. Census Bureau is planning to ask everyone living in the United States whether they are citizens when it conducts its next decennial census. From sectors as diverse as philanthropy to academia to immigration rights organizations to civil liberties groups, there have been calls to remove this question so as not to depress a fair and accurate count.

The Kresge Foundation’s response to the possibly crippling challenges to the 2020 Census is twofold:

Until now, the foundation had never filed or signed onto an amicus brief on a case pending before the U.S. Supreme Court. But Kresge did just that on two consolidated cases that are challenging the U.S. Commerce Department’s inclusion of a citizenship question in the upcoming census.

To sign on as an amici, the foundation provided a short statement of interest explaining why an accurate census count is important to the institution. The foundation also supplied concrete examples of how an inaccurate census would impact our work in place, which are highlighted in the full amicus brief.

As part of this process, Kresge submitted the following powerful statement on why the organization was joining others to voice concern about the impact of the citizenship question on not only the census’ results but also philanthropy’s work:

“The Kresge Foundation is one of our nation’s oldest and largest foundations, dedicated to expanding opportunity in America’s cities.  We seek to create pathways to social and economic opportunity for all Americans and are opposed to enshrining barriers to mobility in public policy, perpetuating racial, ethnic and religious discrimination, and corroding compassion for the least fortunate among us.

As a national foundation that dedicates tens of millions of dollars annually to community development efforts around the country, an accurate census count is fundamental to our work – and the work and impact of the philanthropy sector more generally. Whether in Detroit, New Orleans, or Oakland, we see the ground-level impact of the Census on, among other issues, the allocation of federal funding. … Those formulas impact all Americans, but particularly so the least well-off – with profound implications for how and where we work. In turn, our focus on cities requires our nonprofit and public sector partners to have accurate counts of those they serve, regardless of immigration status. Our experiences with those partners and in communities across the United States have led us to believe that adding a citizenship status question to the 2020 Census would almost certainly depress the overall response rate and be an impediment to counting every person fairly. Such a question would therefore limit our ability to target resources appropriately, directly undercut the efforts of our partners, and create profound and wholly unnecessary barriers to opportunity.”

This amicus brief was filed April 1, which you can read in full. There is high expectation SCOTUS will deliver a decision this term. For more information about the 2020 Census, please visit this link for useful background documents.