The Taxpayer Certainty and Disaster Tax Relief Act of 2019 (TCDTRA) signed into law in December is of particular interest to tax-exempt organizations, as it simplifies the private foundation excise tax into a flat tax and retroactively repeals unrelated business income tax (UBIT) for qualified transportation fringes, also known as the “parking tax” for tax-exempt organizations.

Congress originally enacted the excise tax to fund IRS operations for the sector. Under prior guidance, private foundations were required to pay an annual excise tax of 2 percent of their net investment income. However, this tax could be reduced to 1 percent in a year in which qualifying distributions exceeded the average payout rate of the proceeding five years plus an amount of at least the 1 percent tax savings. The two-tier system was designed to encourage funding to the nonprofit sector. However, it often had the opposite effect. During times of economic decline and lower asset values, private foundations found it to be a disincentive, since making a higher distribution to meet the requirements for the reduced 1 percent tax and above the required 5 percent of average non-charitable assets in one particular year, would make it much more difficult to qualify for the lower rate over the next 5 years. The calculation of distributions to qualify for the reduced tax is based on the current year’s 12-month average, which is not known until the end of the year. 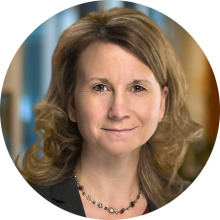 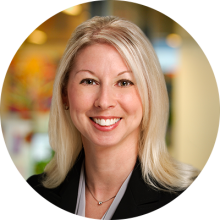 For years, the sector had been proposing a flat tax to simplify tax planning and reduce the administrative effort spent on the calculation. Eliminating any impact of tax planning that might negatively affect a sustained payout during an economic downturn can only have a positive impact on grantees.

In response to these sector requests, a revenue-neutral rate of 1.39 percent was approved.

The Kresge Foundation’s commitment to giving will not be impacted by the change to the flat tax and is driven by Board decisions around perpetuity, program strategy and the needs of the communities we serve.

The TCDTRA also eliminated the unintended consequence of the Tax Cuts and Jobs Act of 2017 (TCJA), which treated employee fringe benefits of tax-exempt entities as taxable, requiring that employer-paid parking expenses be taxed. This repeal is retroactive to the date of original enactment. It is expected that tax-exempt organizations that previously filed a Form 990-T, including these expenses as income, will be eligible for a refund of any taxes paid. The Foundation is working with its tax advisors on this issue and recommends that tax-exempt organizations do the same.