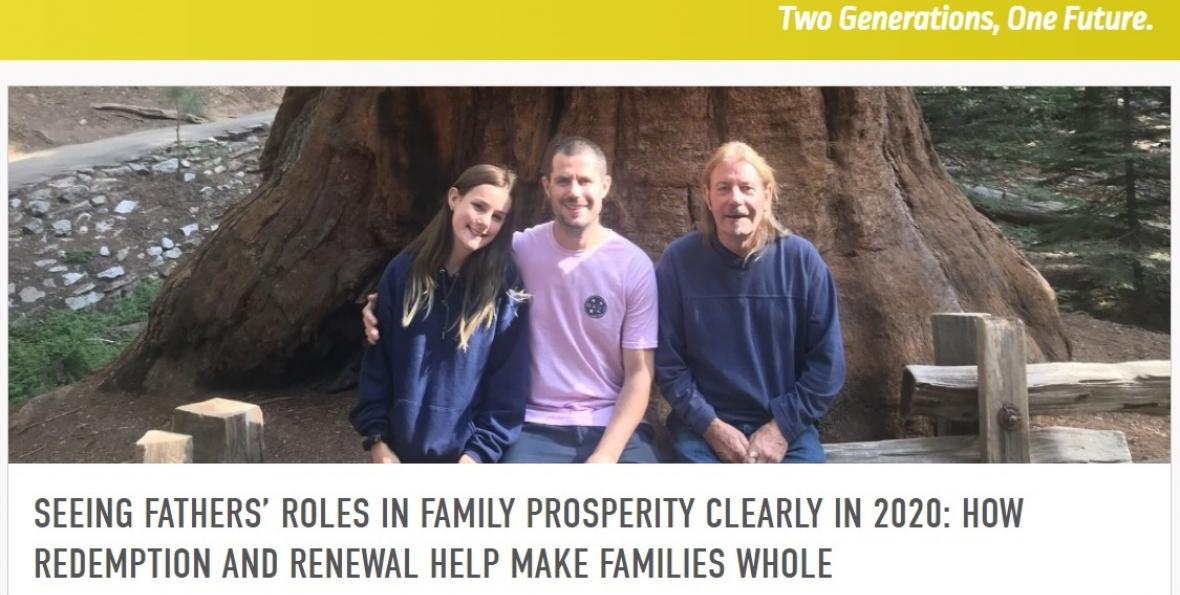 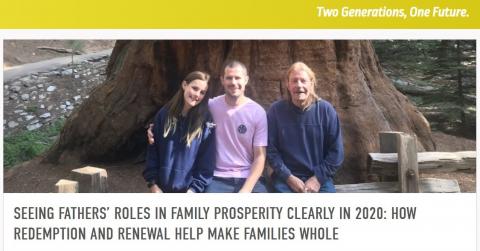 Building stronger families and communities requires acknowledging and addressing the clear and intentional marginalization of fathers, particularly those of color.

To improve policies and programs that engage and support fathers, The Kresge Foundation partnered with Ascend at the Aspen Institute to launch the Aspen Institute Fatherhood Learning and Action Community in March 2020. As part of this year-long initiative, a group of three fathers and 11 organizations works to identify barriers, share best practices and develop policy recommendations that will promote opportunities to fortify the engagement of fathers for family and economic mobility.

In a blog post, Allan Wachendorfer, a father representative to the Aspen Institute Fatherhood Learning and Action Community and program associate in the Center for Sentencing and Corrections at Ascend Network Partner Vera Institute of Justice, shares his recommendations for systems and services to more effectively engage fathers.

Some of my fondest childhood memories take me back to the box truck my dad drove to deliver books and magazines to stores in our hometown of Flint, Michigan. I would spend days off from school riding along as he made his rounds, counting out orders between stores on his route. He paid me 20 dollars for a day’s work. While I knew he did his job well based on customers’ reactions, I always noticed how much longer he spent in stores than other delivery drivers, because he talked to everyone. In those interactions, my dad taught me the value of relationships and how to treat others.

As my five- and 14-year-old daughters look on as I carry out my work to help expand access to postsecondary education for people experiencing incarceration as a program associate for the Vera Institute of Justice from our Los Angeles, California home amid stay-at-orders, I hope that I leave a similar mark on their lives. I hope that Kuwei and Alona grow up to care for the world around them and the people in it.

As our home has become part workspace, classroom, and playground, my daughters have gotten to see my wife Tadzia and I in roles they might not on a regular basis. But they know that while work has invaded homelife in many ways of late, the most important role I will ever play is that of being their father. This is a role I hold especially sacred, because it was almost taken away from me 13 years ago.

After an adolescence and early adulthood characterized by barely applying myself in school and substance misuse and addiction, I landed in prison in 2007 – just months after then one-year-old Alona had been taken away from her mother and I and placed with a relative caregiver. We were able to regain custody after my two-year sentence, but the marriage ended, and I moved from Flint to Ann Arbor, Michigan to pursue postsecondary education and a fresh start.

I was doing well in Ann Arbor – building a new life with Tadzia and taking my studies seriously. So, I asked to enroll Alona in school in Ann Arbor with me because I could tell, even from afar, that mom was engaging in the same behavior that resulted in Children’s Protective Services stepping in just a few years prior.

After two arduous and expensive court cases, I eventually won custody. Alona is now safe and healthy, thriving in school, and we are rebuilding our relationship marred by difficult decisions to take her away from her mother and family in Michigan for a better life with us in California.

But the journey here was not easy, and some of the barriers I had to overcome seemed insurmountable. These are my recommendations for systems and services to more effectively engage fathers for family prosperity based on the things that hindered and supported my ability to contribute to my child’s healthy development.

Maintaining familial connections in incarceration settings is so important. I was initially placed so far away from home during my two-year prison sentence that I had to watch my daughter grow up in pictures. We would talk on the phone, but face-to-face or otherwise physical contact or interaction of any kind was all but impossible. About halfway through my sentence, I was relocated to a facility closer to home. Then, I would see Alona about once a month. Having visitations was huge. We were able to forge a connection during those all-important early years that otherwise would have been delayed until I completed my sentence. The court process to gain custody of Alona was taxing on our relationship, but it would not have been possible if not for the bond that we began to create while I was in prison. I’m well aware of what comes with exposing children to incarceration settings, but I can attest to the love and connections fostered in those spaces far outweighing the trauma of walking into them. I can only imagine how much more important this is for people serving longer sentences than I did.

Family court systems should reorient themselves to recognize fathers as co-contributors to child and family well-being and adopt policies to lessen the financial burden on families with low incomes.

The process to win custody of my daughter through the court was grueling, expensive, and seemed to presuppose that I was less capable or worthy of contributing to my child’s healthy development than a female caregiver may have been. I spent almost eight thousand dollars in legal fees – which I would not have had access to if not for family members able and willing to support me financially – and had to make the case that I – having recently reentered society after experiencing incarceration – was better equipped to raise Alona. I prevailed in the end, but the process was biased against me as a male caregiver in such a way that it contributed to the strain on my relationship with my daughter. No father should have to prove themselves above and beyond what could reasonably be expected of any caregiver for just treatment in family court settings.

Neither Alona nor I have heard from her mother in over a year. I know that she loves Alona and am all too familiar with the ills that plague her, but I often wonder what it would take to get her to reengage. I wonder what it might look like if guidance on what a healthy co-parenting relationship between all contributors to Alona’s healthy development – mom, my wife, and I – looks like was part of the court and custody process. Neither I nor Alona would be where we are today without my wife. Tadzia and I met not long after I was released from prison, and she was the first person to open their heart and give me a second chance – when opportunities for successful reentry through education or employment seemed bleak. She helped me deal with anxiety and develop coping mechanisms to get through my past and grow into the person I am today, encouraging me to tap into potential that I never thought possible.

Employers and postsecondary institutions should adopt Ban the Box protections to reduce barriers to successful reentry based on involvement with the criminal legal system.

In 2018, nine of 10 jobs went to people with a college degree. When an individual’s ability to work or pursue postsecondary education is restricted, whole families suffer. Diminished employment prospects mean fewer resources to support children’s healthy development and strain parenting relationships. My only opportunity for employment post-incarceration was through a family friend. Overcoming onerous admission processes to get into college almost turned me away from this life-changing opportunity. Employers and postsecondary institutions should make decisions about candidates based on their skills and qualifications, not prior involvement with the criminal legal system.

To learn more about the Fatherhood Learning and Action Community, click here.