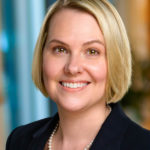 Elhasan joined Kresge in 2018. She advises the foundation on legal matters, supports the development and enforcement of foundation policies and practices and manages outside counsel relationships. In her new role as general counsel, she will also assume responsibilities related to Kresge’s Board of Trustees, primarily as staff liaison to the Board Nominating and Governance Committee. Elhasan will report directly to Kresge CEO and President Rip Rapson.

Previously, Elhasan served as corporation counsel for Wayne County, where she led commercial litigation, federal civil rights compliance, labor and employment law and real estate and tax matters. In this role, she also oversaw major projects and restructuring efforts, including the Wayne County jail project, the county’s consent agreement with the State of Michigan and transfers of the county’s major sewer systems.

“Zenna has in a short two years demonstrated the enormous potential of a fully-conceived legal department by touching virtually every dimension of the foundation’s work,” Rapson said. “She has not only augmented our legal due diligence capacities but has also brought unwaveringly sharp and sound judgment to the organization’s broader organizational needs, including working closely with the Board of Directors.  She will be an invaluable addition to the executive office.”

In her new role, Modi will work across the organization to refine and strengthen the systems, processes and culture of Kresge’s Program and Social Investment departments to ensure that they are increasingly consistent, effective and supportive of the foundation’s overall mission. She will report to Vice President of Program Benjamin Kennedy and Managing Director of the Social Investment Practice Aaron Seybert.

“Neesha will be an invaluable leader in ensuring that our grants and social investments further knit together strategic impact with Kresge’s core mission and values – and that our methods of achieving this impact are consistent and effective across the foundation,” said Kennedy.