Rapson: Visionary pioneer Ruth Adler Schnee’s ‘colorful outlook will be missed by all’ 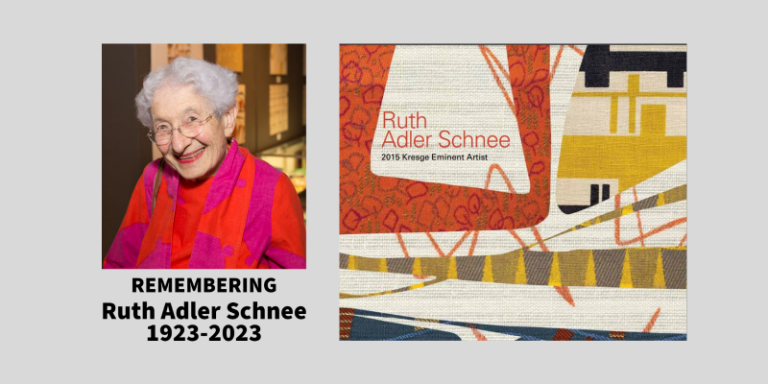 It is with great sadness that we say goodbye to a visionary and pioneer. Designer and 2015 Kresge Eminent Artist, Ruth Adler Schnee was a powerhouse. Her designs were incomparable, her strength and vision evident in her dedication to her craft.

She designed textiles that animated and redefined the look and feel of grand public spaces and private homes alike. Moreover, she was instrumental connecting innumerable Detroiters to international currents of midcentury modern design through the groundbreaking Adler-Schnee store she operated with her late husband Edward in downtown Detroit during the 1960s and ’70s.

Child of an émigré Jewish family that escaped Nazi Germany, Ruth defied limitations, as a woman who broke through barriers in a male-dominated field, as an artist who worked well into her 90s and as an innovator. Her colorful outlook will be missed by all.

In honor of Ruth Adler Schnee, Kresge Eminent Artist for 2015