Rapson: Carl Levin dedicated his career to making life better for Michiganders from every walk of life 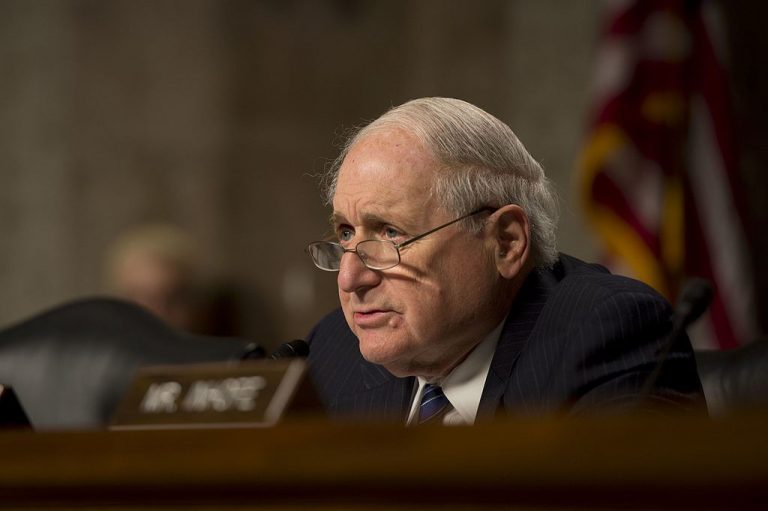 Michigan has had no greater champion than Carl Levin, who passed last evening at the age of 87.

Counselor, Councilmember, Senator, and Professor Levin dedicated his career to making life better for Michiganders from every walk of life. Workers and business owners. City dwellers and rural residents. Eastside, Westside, Downriver, Upper Peninsula. It didn’t matter. Carl Levin loved people, loved the idea that Michigan could be the kind of state that promised a good life for every resident . . . that treated everyone fairly, equitably and with respect . . . that embodied the values of decency and compassion that he himself lived out every day.

If there was a soft spot in his politics, it was for cities. Even before his eight years on the Detroit City Council, the last four as president, Levin was the general counsel for the Michigan Civil Rights Commission, where he forged a record of unremitting advocacy for the state’s most marginalized populations. Elected six times to the United States Senate, he was one of that body’s most ardent proponents for ensuring that the federal government would be a full and effective partner in helping American cities thrive.

Known for his prodigious expertise in defense policy and international affairs honed through his service on the Senate Armed Services Committee, he was no less dedicated to education – helping to found the United States Department of Education – and the environment – playing an instrumental role in extending protections to the Sleeping Bear Dunes National Lakeshore and Wilderness and working tirelessly for Great Lakes environmental restoration.

The Kresge Foundation’s seminal $50 million challenge grant to create the Detroit RiverWalk and Riverfront Conservancy stood on Senator Levin’s shoulders, who obtained the first $56 million from the federal budget for land acquisition along the river some five years before we made our commitment.

And it was Senator Levin who intervened at the moment it appeared that five years of effort and $50 million of Kresge investment in the M-1 light rail line would come crashing down.

In late 2011, the City of Detroit conveyed to the federal government that it would be unable to deliver on its promise of bonding for the project. Infuriated, Secretary of Transportation Ray LaHood announced that he was withdrawing federal transportation monies from the project and re-allocating it to the State of Michigan for bus service. Senator Levin, a long-time friend of LaHood, tried to convince the Secretary to change course. The Secretary refused.

Senator Levin was, however, able to convince LaHood to come to Detroit in January of 2012 to hear out the M-1 team. LaHood and the Federal Transit Administrator gathered in the Mayor’s conference room with the entire Detroit congressional delegation: the Governor, Mayor Dave Bing, Roger Penske, Matt Cullen, Dan Gilbert and me. Levin opened the meeting with an ardent appeal to LaHood to hear the local private and philanthropic players out.  Gilbert, Cullen and I spoke first, but it was Roger Penske who carried the day. He asked LaHood to give the M-1 team ninety days to show it could build the line even without City support. LaHood agreed, and stated that he would – if we were successful – find another $25 million of federal money to support the project.

The M-1 team then did just that – although it took a bit more time and involved degrees of complexity and difficulty that nobody could have imagined. But it was made possible, at heart, because Carl Levin wouldn’t give up on the City of Detroit – on the idea of making sure that Detroiters had a chance to build out a transportation system that would connect city residents to the greater Southeastern Michigan region.

After Senator Levin retired from the Senate, I asked Kate Levin Markel of the MacGregor Fund if she thought her father would be willing to attend one of our Detroit Neighborhood Forum meetings – to discuss the issues of the day, to be sure, but perhaps as importantly, to describe his plans to create the Levin Center at Wayne State University Law School. She looked at me in disbelief – of course he would come, she said. It was conversations like that that he exulted in.

And he did, scrolling through issue after issue for more than ninety minutes. In his inimitable understated style, he talked about his passion for strengthening the efficacy of bipartisanship, for promoting integrity in public service, for enhancing the transparency of the legislative process, and for revitalizing reasoned and balanced civic discourse. It was a tour de force – a post-graduate seminar with a master theorist and practitioner about what makes democracy work, and why there is nothing more important.

Carl Levin was a gentle, kind and unpretentious man. But he was unquestionably a great one. He never wavered from complete embrace of the essential norms of democracy . . .   never stopped believing in the fundamental goodness of people . . .  and never once forgot that his service was to all the people of Michigan.

May he rest in peace.