Rapson: Detroit RiverWalk exemplifies what we can achieve together 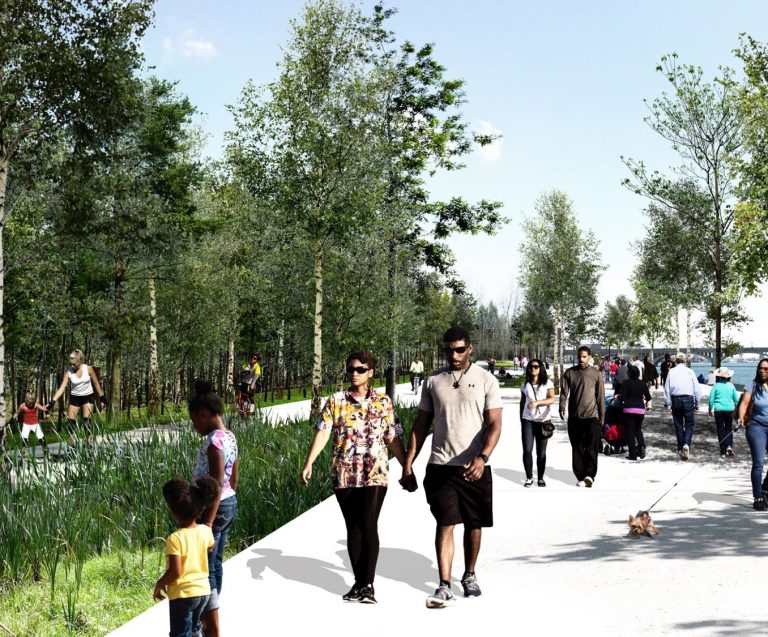 Change begins with impatience … but it comes to fruition only with persistence.

We’re seeing that today as the Detroit Riverfront Conservancy breaks ground on the Uniroyal site, the last stretch of the Detroit RiverWalk needed to extend it east from the former Joe Louis Arena site clear to Gabriel Richard Park. That will, in turn, allow walkers, runners, cyclists and everyone in between to travel all the way to Belle Isle — the city’s jewel of an island park — without setting foot on a major thoroughfare. It will connect one of the iconic symbols of Detroit’s hard-wrought resurgence in this century to one of the bright, enduring legacies of centuries past.

We at The Kresge Foundation have admired and participated in this long-term project since its inception. At the turn of this century, it was apparent that the downtown riverfront that once served Detroit’s commercial boom was serving almost no one. Despite a few notable exceptions like Hart Plaza, GM Plaza, Chene Park (now the Aretha Franklin Amphitheatre) and William Milliken State Park, the city’s expansive front porch was defined by empty warehouses and parking lots. Beyond a few pockets of beauty, it was uninviting, unusable, and inaccessible.

The inflection point came almost 17 years ago: The time was right. Pieces were in place. The City of Detroit was ready for a new partnership to come together. That’s when the Kresge Foundation made what was then the largest grant in our history to launch the Detroit RiverWalk. Our $50 million pledge, in the form of a capital challenge grant, invited General Motors to match our commitment and start in motion the process to raise another $200 million with the vision of building out the RiverWalk east from GM Plaza toward Belle Isle.

The new Riverfront Conservancy, the nuts-and-bolts embodiment of that dream, took up the challenge with phenomenal skill and determination. First under Faye Nelson and now under Mark Wallace, it has consistently delivered on its promise, and taken it further. The new RiverWalk has been beautiful and inviting from the outset; it was quickly embraced by Detroiters, by our entire metropolitan region, by visitors far and wide.

Kresge continued to admire the Conservancy’s vision by joining with the Community Foundation of Southeast Michigan a decade later to turn the Dequindre Cut — an abandoned railroad line — into the first leg of an extensive greenway system, connecting the RiverWalk north to Eastern Market, the city’s cornerstone of fresh food and commerce.

Season by season, fans of the Detroit RiverWalk have eagerly watched the area grow, segment-by-segment, new-amenity-by-new-amenity. And the Conservancy remains on pace to not disappoint.

Earlier this year, we all took  enormous and justifiable pride when the Detroit RiverWalk was chosen by the readers of USA Today as the nation’s best riverfront. Competing against extraordinary and visionary projects across the country, the win was a ringing endorsement of years of visioning, planning, fundraising, community engagement, build-out and refinement.

And, with an extraordinarily generous gift from the Wilson Foundation, groundbreaking will take place this Fall on the 22-acre Ralph C. Wilson, Jr. Centennial Park, which will help build out the western portion of the RiverWalk and is slated to open in 2023. Eventually, the west walk will reach the Ambassador Bridge to Canada, making the walk’s east-west, bridge-to-bridge length, from the MacArthur Bridge to the Ambassador, a full 5.5 miles.

Which brings us to today’s remarkable step forward. The site where a massive Uniroyal factory produced tires until 1980 has now been cleared and remediated with federal and state support. Lying along the riverfront, the site will become part of the east RiverWalk, permitting unbroken passage between links previously separated by a parcel too contaminated to walk on. The celebration of this final piece falling into place represents a glorious, 3.5-mile-long testament to the region’s ability to come together to create a civic commons that will define Detroit’s waterfront for our children, grandchildren, and beyond.

Our news these days includes plenty of wonders from the heavens. We watch the SpaceX team docking with the International Space Station; we watch air flight as it is being reinvented remotely in the rarefied atmosphere of Mars; we learn about solar flares from Proxima Centauri, which is four light years from us. But there is plenty to inspire awe and ground our sense of shared vision as close as the magnificent stretch of river that we Detroiters can now share and enjoy.

If we ever lose confidence in what we can achieve together, I recommend a 3.5-mile stroll along the magnificent Detroit RiverWalk. It will be at once renewing, inspiring and fun.