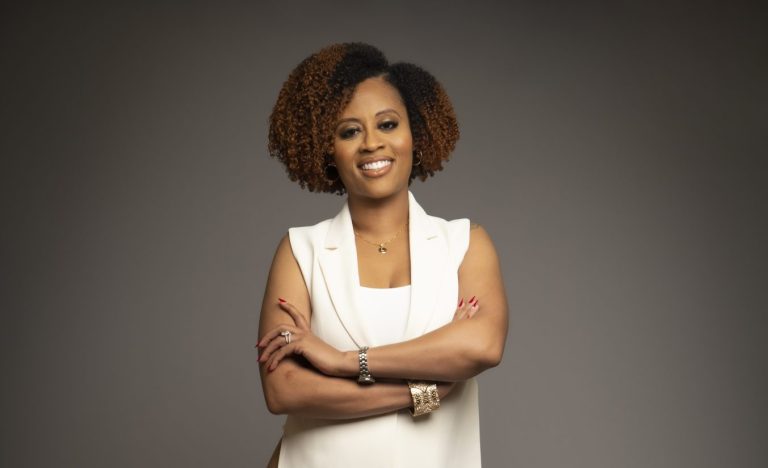 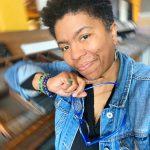 Editor’s note: Read an article on Operation Restoration published by Inside Philanthropy August 26, 2022.

In the world that Syrita Steib inhabits, her name is a near synonym for second chances. Some use words like trailblazing and bold to describe the impact of her work as founder of a Louisiana-based nonprofit Operation Restoration dedicated to helping women and girls navigate life after incarceration.

The accolades and headlines that have come Steib’s way are a far cry from the label she once wore, the one that almost doomed her life — convicted criminal.

Steib is the first to admit hers is an unlikely story. She never planned to share her life story. She held no big or even quiet dream of launching a nonprofit of any kind, let alone the one which has given her life deeper meaning: Operation Restoration started in 2016. “Everything I’ve done,” she explains, “and all that Operation Restoration has been able to do, was born out of necessity.’’

Steib is on a mission to ensure that other formerly incarcerated women don’t have to endure the same pernicious web of social barriers that she faced after her release from prison in 2009. “When you’re sentenced and you go to prison, they don’t tell you all the constitutional rights you’re going to be denied, all of the barriers that exist. You’re just left to figure it out alone.’’

Today, the once grass-roots Operation Restoration is led and staffed completely by formerly incarcerated women. The work they accomplish is celebrated nationally as a model for successful reentry training, civic engagement and legislative advocacy. With growing funding support such as The Kresge Foundation’s Culture of Justice award, the nonprofit now draws on a $3 million budget.

Help With a Humane Touch

Operation Restoration’s goal is to restore the whole woman financially, educationally, socially and even artistically. Through a partnership with Tulane University’s Newcome Art Museum, Steib and her team mounted a storytelling exhibit featuring first-person narratives from women who’d been jailed and imprisoned across Louisiana. The exhibit, called Per(Sister), later traveled across the country with stops at Museum of Modern Art in Manhattan, NY, the Eli and Edythe Broad Art Museum at Michigan State University, and the Ford Foundation.  Working with orchestral composers, Operation Restoration is creating an opera featuring women’s narratives set to music. That project is still unnamed.

Steib says Operation Restoration’s focus is purposefully broad because too many restorative efforts mistake employment assistance as an instant panacea instead of step one of a long and winding journey. “You can’t give a person a job and not ask them if they have a way to get to work,’’ she says as an example. A central part of Operation Restoration’s programming is a rapid response fund. The fund has provided women in Louisiana, and as far away as Jamaica and Peru, with financial aid for everything from transportation and work uniforms to assistance with childcare, rent, utilities and books. “You have to be invested in them taking full advantage of every opportunity and the investment has to also lead to creating solutions to the barriers that still make it impossible to believe you can be released and then go have a new, different life.’’

Beyond basic human services is the larger goal of measurable reforms and advocacy. Steib points to the Operation Restoration’s role drafting and ensuring passage of Louisiana Act 276 with the Louisiana Legislative Task Force on Women’s Incarceration. The resulting bill blocks state higher education institutions from asking individuals about criminal history on admission applications. The invitation was for Steib and her team to consult on ways to reform the policy. Instead, they submitted a 22-page report, using lived experiences with the justice system as their guide of a rewrite of the bill and the catalyst for history making reform. Louisiana was the first state to pass such a law. Now Operation Restoration is training women reentry leaders across the nation to review their state’s laws and how to help advocate for change.

A Return for Good

The sudden immersion into lobbying and legislative advocacy was an unimaginable full-circle moment for Steib. At age 19, she was involved in the burglary of a Texas car dealership that also burned down. She pled guilty and was sentenced to 120 months in federal prison, another 20 years in state prison, and $1.9 million in restitution payments upon her release.

After serving nearly 10 years of her sentence, Steib gained her freedom in 2009. She figured she’d rejoin the world; complete the college degree she’d started pursuing behind bars while taking classes through Tallahassee Community College. The dream, at the time, was to get accepted to medical school without ever looking back at the mistake she’d made.

But Steib hit a major roadblock: The University of New Orleans refused to admit her. “I thought once I finished doing my time, I wouldn’t have any more collateral consequences.’’ The application asked whether she’d had ever been convicted. Steib risked the truth. “I had 30 credit hours and a 3.87 GPA,’’ she says. “It never for a minute even crossed my mind that they wouldn’t want me. I was very, very naïve and it [the rejection] almost took me out because I didn’t have a Plan B.’’

Two years later, a still determined Steib applied a second time. On the second application she took a bigger risk. She lied. The university welcomed her on a conditional status, but Steib’s conscience was heavy and unsettled. She decided to take one more risk. She confided the details of her past to a chemistry professor who’d become a mentor and agreed to advocate on her behalf with the university.

The professor’s support helped Steib retain her admission and make her way into a program at Louisiana State University’s Health Sciences Center. In her mind, she was still moving toward medical school and a degree in laboratory science could do nothing but help. But by embracing her story, Steib unexpectedly opened the door to a new opportunity and the discovery that the very past which had caused her shame could now be used for a greater good. She began studying and working with a network of social activists. Their work focused on justice reforms and empowering other formerly incarcerated individuals through job training, human services, nonprofit development and legislative advocacy.

“I always knew what happened to me after prison was wrong,’’ she says, “but I didn’t understand that it shouldn’t be happening, or that these practices were tied to systems of oppression.’’ A new life purpose was underway. “Once you understand how deeply wrong the system is, you’ve got a responsibility, I believe, to do something. I didn’t have a choice but to pivot.’’

Steib’s pivot has become a portal of possibility for countless other women impacted by the justice system.

“Syrita is a true trailblazer,’’ says D’Marria Monday, Executive Director of Block Builderz in Tulsa, Oklahoma. Monday’s nonprofit similarly works with formerly incarcerated women and launched in 2020 after receiving fiscal sponsorship from Operation Restoration. She and Steib met while in prison in Florida. They met again in 2017 at a conference.

“What she’s done with her life experience is so needed because when you come home the biggest barrier is mental, and it’s scary,” Monday says. “But when you can look and see that you’re not alone, that there’s a movement of other women on the same path, your whole thinking changes. Syrita is showing what it means to believe and how much we can overcome when we do.’’

Roundtable: How arts and culture organizations are advancing racial healing

Richmond youth use art to push for an end to incarceration