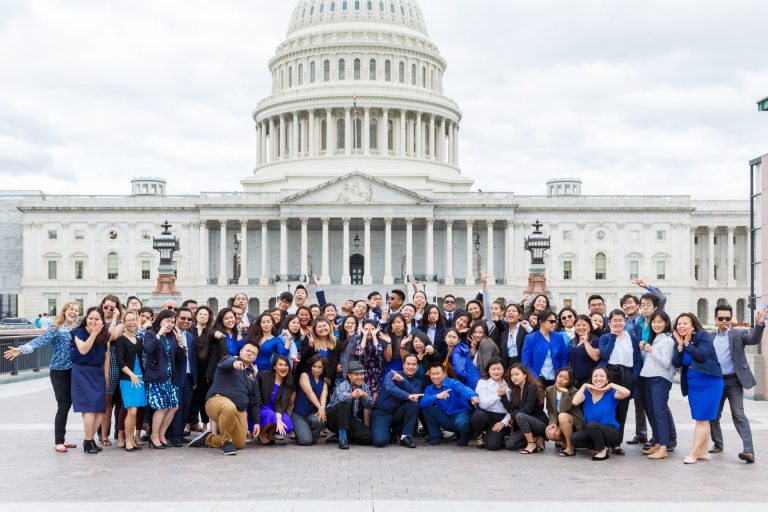 Participants of SEARAC's 20th annual Leadership and Advocacy Training learned how to harness the power of their lived experiences and effectively advocate for change in their communities in meetings with their elected officials.To date, LAT has graduated more than 1,200 advocates.

The Kresge Foundation is committing more than $7 million in new grants to national organizations working in support of frontline racial justice and equity activism. These grants are part of $30 million in support for such work across the country.

Recognizing that change is powered by mobilization in cities, these national investments strengthen the groundwork for new approaches in the places where power is being built. Each of these national organizations are leading the racial justice movement, which is fundamentally being waged and won in cities.

“The movement for racial justice and equity has and always will be powered by the people,” said Benjamin Kennedy, Kresge’s vice president of programs.  “We are just trying to show up and support this unstoppable energy we’re seeing across the country, hoping to give movement leaders and builders the resources needed to continue the fight for change. Kresge will be here for this work until change has come.”

Two organizations embody this strategic approach: The Movement for Black Lives (M4BL) and the Black-Led Movement Fund (BLMF). Both entities serve as important pillars of the movement by bringing national financial and nonmonetary support to a collective of Black-led racial justice organizations and activists working at the local level. M4BL is the ecosystem of organizations leading today’s modern racial justice movement; and BLMF is the primary vehicle by which philanthropy can learn about, partner with and invest in local racial justice nonprofits. Kresge’s engagement with BLMF, for example, resulted in the institution learning of significant funding gaps that exist among Black-led trans empowerment groups. That insight informed Kresge’s decision to fund the Black Trans Fund, the first such grant Kresge has made in its nearly 100-year history.

These organizations work across several important areas: policymaking, power building, legal assistance, data gathering and analysis, community organizing and strategic communications. These national leaders are also active partners to local movement builders in cities in which Kresge is working more deeply including Detroit, Fresno, Memphis and New Orleans. Most of these 13 national grantees are new to partnering with Kresge.

As this grant package aims to fund a broad-based movement, Kresge additionally invested in the Four Freedoms Fund, Mijente Support Committee, Southeast Asia Resource Action Center and the NDN Collective, and other organizations working to eradicate injustices across the country.

“The more people brought into this movement, the stronger it becomes. Kresge has a responsibility to act with conviction and long-term commitment. We appreciate these partners because we know they will hold us accountable to that,” said Kennedy.

“Our partnership with Kresge powers critical work at the intersection of racial justice and immigrant rights,” said Anita Khashu, Director of Four Freedoms Fund. “FFF grantees across thirty states are producing visionary leadership, growing grassroots political power, and winning bold, inclusive victories promoting equitable access for all people, regardless of immigration status. Going forward, our work with Kresge will further strengthen the immigrant justice movement in its bid to make our country’s systems more inclusive, fair and just, and ensure that more people have agency to determine the quality of their life, community, and future.”

Kresge’s $30 million commitment is anticipated to be the first of many such grant investments to ensure the racial justice movement endures and has lasting impact for generations to come.

The following organizations will receive more than $7 million in Kresge grant support to bolster racial justice efforts nationally and in U.S. cities.