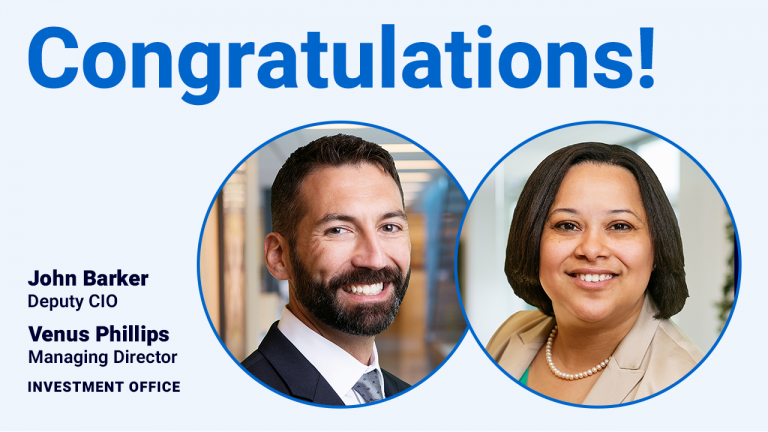 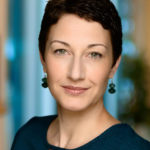 Kresge President and CEO Rip Rapson, who made the announcements, said Kresge’s endowment since 2008 has produced gains of more than $3.7 billion under Manilla’s stewardship. These returns have equipped the foundation with the requisite capital to expand opportunities in America’s cities through grantmaking and social investing. During this same time, Kresge’s endowment increased 30% to $4.3 billion as of June 30, 2021.

Barker has served as a senior leader within Kresge’s Investment Office since joining the foundation in 2007 and has been a significant contributor to the steady growth of its endowment. He champions the department’s efforts to expand diversity, equity and inclusion of women and people of color within the industry and who manage investments on Kresge’s behalf. He also led the team’s early investments in emerging markets and has rebuilt its venture capital portfolio to include innovative life science and cryptocurrency investments.

Phillips joined Kresge in 2019 as an Investment Director focused on private markets including private equity, real estate and natural resources. She has been integral to the Investment Office’s recruiting activities and has led the team’s successful partnerships with Girls Who Invest and the John W. Rogers, Jr. Internship Program in Finance.

“The collective success of Rob, John and Venus is unmatched, but equally impressive is the individual commitment they apply to Kresge’s mission and values,” said Rapson. “Rob has done a masterful job feathering the investment team’s talents into every dimension of the organization’s activities and culture. John and Venus have exemplified this commitment. I have every confidence that they will continue to fortify that commitment as they hire and coach our next generation of investment professionals.”

Rob Manilla to retire next year

During his tenure at Kresge, Manilla, 59, is credited with creating a professional investment office within the foundation and designing a global investment strategy that has resulted in annualized returns of nearly 9%.

“Rob has curated one of the most creative and effective private endowments in the country, attracting in the process a superbly gifted group of young investment professionals,” said Rapson. “He has also helped shape the foundation’s grantmaking and social investment practices through his expertise, experience and insight – and his deep commitment to our mission. And he has been engaged in every aspect of the organization’s culture, contributing with particular impact on our efforts to advance diversity, equity and inclusion.”

“Supporting Kresge’s mission through the Investment function has been a true honor and among the most rewarding experiences of my career,” Manilla said. “I am most proud of the attention and action this team has initiated to increase diversity, equity and inclusion within the investment sector at large. I have no doubt that John, Venus and the entire Kresge Investment Team will continue to advance our goals for transparency and action and take them to the next level.”

Manilla is regularly cited as a top foundation CIO in the U.S and was named one of the 100 most influential global institutional investors by aiCIO magazine in 2013 and 2014. He is a graduate of Oakland University and the University of Detroit-Mercy. He serves on the Bedrock Manufacturing Co. board of directors and is an investment committee member of Boeing Corp., Trinity Health, the Detroit Institute of Arts and the Detroit Riverfront Conservancy. He is also a member of the board of advisors for Oakland University Business School.

As a Managing Director at Kresge for 14 years, Barker, 41, has held responsibility for assessing global investment opportunities and evaluating investment managers across all asset classes.  Since 2020 he has led strategy and decision-making for Kresge’s private portfolio of investments including those in venture capital, buyout, real estate and natural resources.  He has also led recruiting efforts for the foundation’s three-year analyst rotation program, which exposes young professionals to the unique investment opportunities that exist in philanthropy.

“John has been a tireless advocate for diversifying the investment office at Kresge, for ensuring that our portfolio invests in firms owned by women and people of color, and for using our institutional voice to elevate the need for a more diversified, inclusive financial services sector. In particular, he has led Kresge’s 25% by 25 initiative, which pledges to invest 25% of U.S. assets by 2025 with firms owned by women and people of color. John has an established and enviable track record in the investment industry, with the past 14 years at Kresge. I can think of no other person better qualified to take the reins of Kresge’s endowment,” Rapson said.

“I deeply appreciate and am honored by the trust that Rip and the Board have placed in my ability to lead the Investment Office going forward,” said Barker.  “I’m also honored to follow in the footsteps of Rob, whose vision, dedication and humility have set the standard for leadership in our industry.  I’m fortunate to have learned from him over the past fourteen years, and together with the most talented and dedicated investment team we’ve ever had at the foundation, I look forward to carrying on his legacy of success and service.”

Barker joined Kresge from the University of Notre Dame Investment office, where he was assistant investment director for 5 years. He earned the Chartered Financial Analyst designation and received a bachelor’s degree in finance with a minor in accountancy from Notre Dame.

A native of Pittsburgh, Barker is active in the metro Detroit community where he serves on various boards including the Children’s Foundation of Michigan, Forgotten Harvest and National Kidney Foundation of Michigan. In 2019 he was named a “40 Under Forty” by Crain’s Detroit Business; in 2018, and again in 2019, he was recognized by Institutional Investor with its “Most Wanted Allocators: First Team” designation.

Phillips, 38, has a breadth of professional experience across consulting, endowments and pension management. During her 2.5 years at Kresge she has helped the Investment Office refine its public equity portfolio and has supported private market investments.

Prior to joining Kresge, Phillips was the head of public markets at Fiat Chrysler Automobiles (now Stellantis), where she led investment strategy for the company’s pension funds and employee savings plans. She also worked as an international equity and foreign exchange manager for the global automaker.

Phillips previously served as a portfolio manager at Morningstar Investment Management, a portfolio analyst at the University of Chicago Office of Investments, a fund manager associate at NexGen Capital Partners and as an investment strategy analyst at JP Morgan Private Bank.

“In less than 3 years Venus has made impressive contributions to the Investment Office while taking keen interest in our programmatic work. She’s a great investor thanks to a rare mix of intellectual curiosity, humility, and quantitative agility and a natural leader who has supported several important foundation-wide initiatives, including our cross-foundation work on housing,” said Barker.

“It has been a privilege to learn and grow under Rob’s leadership,” said Phillips. “I am excited for John in his new role and would also like to thank him for recognizing my contribution with this promotion. I am committed to furthering Kresge’s mission by continuing to steward our world-class portfolio and by developing future leaders to build on the rich legacy of the Foundation.”

Phillips holds the Chartered Financial Analyst and Chartered Alternative Investment Analyst designations. She earned a bachelor’s degree in business administration and finance at Howard University and a Master of Business Administration degree from the University of Chicago Booth School of Business.

A native of Ann Arbor, Phillips serves on the finance and investment committee of the Hudson-Webber Foundation, a private foundation created to support community initiatives across the city of Detroit. She also co-chairs the Foundation’s Housing Work Group which provides a forum for addressing housing issues in the communities that Kresge serves. In 2021 she was named by Chief Investment Officer’s Class of 2021 NextGens as well as Institutional Investor’s 2021 Allocator Voices: Women in Investment Management.