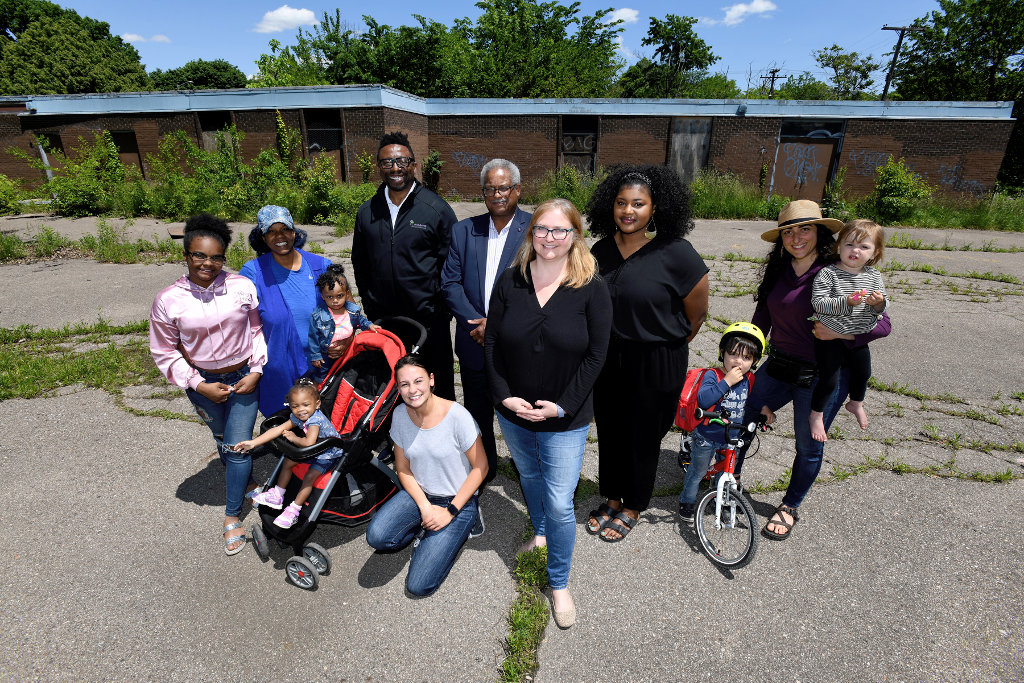 Woodbridge Neighborhood Development Corp. will reactivate an abandoned elementary school into a neighborhood hub and center for resident engagement in Detroit’s Woodbridge neighborhood. The group's executive director, Angie Gaabo, is in front.

Photos by Lon Horwedel for The Kresge Foundation

The Kresge Foundation today announced a record $2.4 million in grants to 25 nonprofit community organization across the foundation's hometown through its Kresge Innovative Projects: Detroit initiative (KIP:D).

“More and more nonprofits – large and small, longstanding and relatively new – are engaging with residents to propose projects that can make decisive, often catalytic improvements that improve lives, foster community and spur revitalization,” said Kresge President and CEO Rip Rapson in announcing the planning grants of up to $35,000 and implementation grants of up to $150,000.

The grants announced today bring the total of planning and implementation grants to 99 and total dollars awarded to $9.2 million since 2015.

“Year by year, we’ve watched our projects map as a sign that revitalization that engages residents, that is largely led by residents, is gaining traction in neighborhoods of the city. There is an enormous amount of work left to do; there are also strong indications and growing hope that we can do it,” added Rapson.

The implementation projects, for instance, include new pathways and arts programming in Brightmoor’s Eliza Howell Park, a commercial kitchen for resident cooperatives in Nardin Park, an art gallery and community café in Mexicantown and renovation of a house into a community hub run by a block club near Detroit City Airport.

See the full list of KIP: D Round 5 grantees and a map here.

Elsewhere, grants support planning for the landscaping of vacant lots as sustainable greenspace in McDougall-Hunt, for the design of a youth and family-centered community hub in Morningside neighborhood and for supportive housing for those affected by physical trauma and gun violence at a site to be determined.

This year’s grants also include support for several grassroots organizations to build their capacity to execute projects and advocate for resident priorities, such as the North End Neighborhood Patrol, which has engaged youth ambassadors to lead their peers in community-based projects. 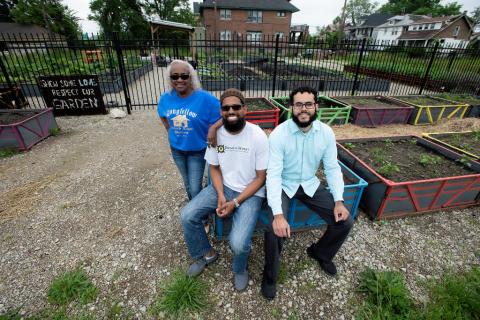 Kresge's Detroit Program had planned to award $1.5 million in grants in this fifth round of the intiative, which was announced as a three-year pilot initiative in 2014. The strength of the 163 applications in the current funding round led the Detroit Program to collaborate with Kresge's national Arts & Culture, Health and Human Services programs, leading to the increased funding investments. These programs will provide further support for KIP:D awardees in advancing creative placemaking, community-driven health solutions and in advancing socioeconomic mobility through these projects.

“These grants will assist locally driven, resident-designed projects that integrate arts, culture and community-engaged design into neighborhood development and revitalization,” said Michelle D. Johnson, a program officer with the foundation’s national Arts & Culture Program. “It is exciting to watch Detroiter’s take charge of their own neighborhoods, and gratifying to partner with talented artists and residents who are central to their success.”

Previously, the largest round of funding had been $2 million, when KIP:D completed its pilot phase in 2017. KIP:D was relaunched last year with a three-year, $6 million commitment. The relaunch included streamlined application process, a longer window for project completion, increased technical support and other adaptations based on grantee feedback. 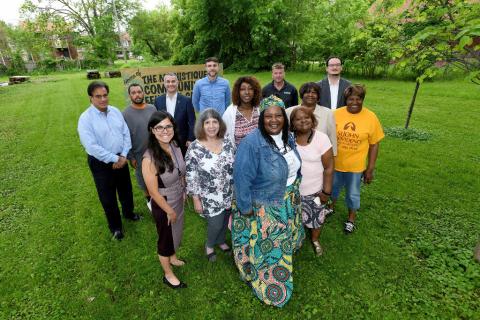 Community Treehouse Center will create an inclusive community space in the Jefferson-Chalmers neighborhood that can accommodate multi-generational users and those with disabilities.

Past projects supported by KIP: D have made neighborhood streets and sidewalks friendlier to bicyclists and pedestrians; they have spurred artist-neighbor collaborations in parks, engaged youth in neighborhood revitalization efforts and supported the creation of rain gardens and bioswales.

“The KIP:M initiative reflects Kresge’s belief that in Memphis -- as in Detroit and across the nation --resident-led innovation lies at the heart of civic renewal,” said Rapson. “By supporting resident projects that reflect community identity, energies, and aspirations, Kresge hopes to strengthen and accelerate the revitalization that is currently taking root in neighborhoods across the Memphis landscape.”

One of the prominent Round 1 grantees is the Downtown Boxing Gym Youth Program, which received $100,000 to help with the renovation of the space where it now serves roughly 170 youths ages 8-18 with a free after-school academic and athletic program focused on building future leaders and providing a launching pad for their success.

Next week, KIP: D comes full-circle when the annual kick-off and orientation event for new grantees is held at the gym.

“These are all folks who are fighting for the values of community life in Detroit,” said Kresge Detroit Program Managing Director Wendy Lewis Jackson. “It’s somehow fitting that they can have a chance to shine in the ring.”