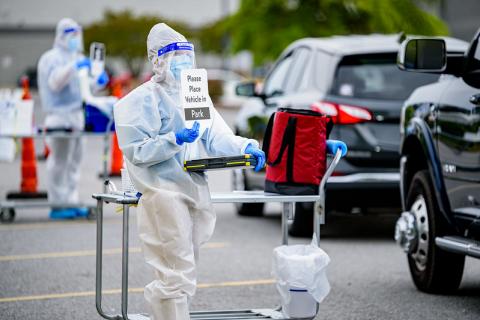 Hoping that you had a relaxing weekend after a week filled simultaneously with distasteful tumult and uplifting historic milestones.

Amid the marginalization of health experts calling for a national plan to gain control of the coronavirus, and the understandable public pre-occupation with the nation’s return to schooling,  we have seen that the daily examples of understated courage and heroism on the part of our health care workers – whether EMTs, nurses, hospital attendants, doctors, and public health administrators – are increasingly fading from view.

Throughout this crisis, we have had very little line of sight into the pressures being placed on public health administrators who are increasing being caught in the cauldron of poisonous political polarization.

Colorado has become something of the epicenter of this phenomenon:

The public health administrators who serve in counties, cities, and small towns across America are – in the words of Kaiser Health News – “an invisible army on the front lines, an army that has suffered neglect for decades, but is under assault when it is needed the most.”

Before COVID, they provided immunizations, conducted water quality inspections, visited the homes of pregnant mothers, and quietly safeguarded the public health of our communities in endless other ways. They are now front and center, and vulnerable. We need to thank them, protect them, and give them the support they need to do their jobs with the integrity and skill, the courage and commitment, they display every day.

Featured Image: Local citizens receive tests for COVID-19 at the drive-thru test center at a WalMart in Greenville, North Caroline in May. Photo by Aaron Hines/City of Greenville.