Unraveling the connection between data and strong early childhood outcomes 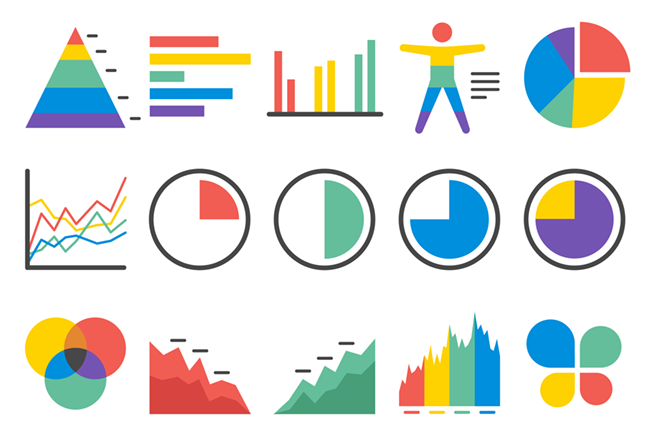 One priority of the Kresge Early Years for Success (KEYS): Detroit initiative is to strengthen and build the early childhood field in the city. One of the first steps our team identified in doing so was to shore up the city’s data infrastructure, to increase access to relevant data on early childhood outcomes and to put all of it in one centralized place.

To that end, Kresge tapped nonprofit data shop Data Driven Detroit (D3) to begin planning and designing an early childhood dashboard, a digital warehouse of data that everyone from government officials to parents could use to understand how young kids are faring in the city.

Through a series of grants, D3 has begun that work. We asked Stephanie Quesnelle, a research analyst at D3, to share what the organization is learning through the process, and to explain how D3 is supporting the citywide early childhood planning initiative, Hope Starts Here, which Kresge helps to lead alongside the W.K. Kellogg Foundation.

Kresge: What can Detroit learn about early childhood outcomes through available data? And what issues does the city face in making that data accessible?

Quesnelle: One of the major issues Detroit faces is disjointed data systems. Trends and comparisons are not possible over time or between different groups of programs/topics due to changing reporting and measurement requirements. Organizations feed data into case management systems, but there’s often no way for these data to talk to each other, so most organizations are forced to make decisions without having access to all of the information that could be helpful in making informed decisions. Another issue is that some data do not exist, such as quality ratings for every early childhood care facility, or data that might help identify what parents want most from childcare. The lack of data and lack of consistent reporting of data means it is difficult to identify the most effective policies for early childhood development and track the impact of policies and programs.

Kresge: What’s an ideal “early childhood data system”? What would this look like?

Quesnelle: An early childhood data system centralizes as much information on early childhood as possible – ranging from locations and hours of child care centers to asthma and immunization rates, outcomes for impact evaluation, and even some information on the characteristics of children themselves – in a single, secure, and centralized place. The data can be linked by geography, time, and other factors, allowing us to easily identify successes and challenges that children may be experiencing in Detroit. For example, if we have information on where children live, it’s very easy for us to identify neighborhoods where the number of childcare slots available might not match up with the number of kids in the neighborhood.

Ensuring that data are accessible in one place would allow policymakers, families, foundations, and researchers to accurately analyze and assess the state of early childhood development in Detroit. The early childhood data system would ideally enable us to continuously monitor the quality, accessibility, and effectiveness of the early childhood care network (including doctors, childcare facilities, parents, etc.). This system would also help us identify situations where more support might be needed.

Kresge: In 2016, Data Driven Detroit conducted focus groups to identity what multiple actors across the community would want from an early childhood data dashboard. What did you learn through those focus groups? How did they help narrow down the world of data to help you identify what was most needed in this tool?

Quesnelle: In our initial steps to create the early childhood dashboard, we recognized that it is essential to collect diverse voices and opinions of those who would be interacting with the tool. We could not include every single data source and resource available because the tool would then be overwhelming for users and not be widely utilized, so the focus groups helped us identify what features would be most useful and define the audience more specifically.

The focus groups helped us rethink our approach. We originally planned to create a data-only tool.  However, through the conversations, we realized that the data would be more useful if it served to answer key questions through visuals such as maps and sorted by different topics of interest. The focus groups also highlighted the need to engage key stakeholders from the beginning of the process, as the current Hope Starts Here strategy teams are doing, to identify the most important topics, issues, and actions that the data tool should measure.  Perhaps most importantly, we also learned that parents and practitioners want to be able to take action and find resources related to the data reported.

Kresge: The Detroit Collaborative Design Center has worked to map the early childhood ecosystem in Detroit. What did you learn from these maps and how did the work of DCDC inform your work?

Quesnelle: DCDC helped us better understand the complexity and breadth of the early childhood system. The visual representation of this ecosystem helped us understand what topics related to early childhood development existed, where certain data sources relate to those topics, and where there might be a lack of data to measure activities in those topic areas.

Kresge: D3 also looked at what data other cities have collected. What did you learn from doing that analysis?

Quesnelle: Everybody does it differently. Our original idea was to survey other cities’ early childhood data systems and base our plan and report off the best practices that we could develop from that research. However, in doing the research, we found that each city had a different approach. Some cities are only focused on one very specific topic, and they build a data system around that topic. Other cities provide a wider look and build a data system with more varied data streams.

Overall, we found that cities need to decide clear metrics rooted in community values and vision at the beginning of a project rather than trying to develop metrics as a project is implemented or even identifying metrics after the fact. This is the basis of Hope Starts Here, a community-wide engagement process that is setting the goals for the City of Detroit’s early childhood care system, so that we can develop a data system that reflects the hopes, needs, and future of Detroiters.

Kresge: As you’re building out the actual data dashboard, what kinds of data will interested parties be able to find on it? How often will it be updated and what sources are you gathering data from? How do you envision the community and stakeholders will use this proposed tool?

Quesnelle: The process to identify the variables that will be on the dashboard is still ongoing. The Hope Starts Here initiative is engaging hundreds of early childhood practitioners, policymakers, researchers, and parents to understand the actual needs of a Detroit-based early childhood data system. From the initial research and systems mapping, five strategy teams were established to delve deeply into data, issues, outcomes, and future activities: Child and Family Well-Being, Quality, Facilities, Talent, and Systems Finance.

Once these groups have concluded their work, D3 will work to create a dashboard that will be regularly updated with data related to children’s health outcomes, environmental factors, quality ratings, facilities, medical care, etc. The dashboard will help the community and stakeholders target important outcomes for early childhood development to ensure Detroit children receive the best possible start to life.

Kresge: How is D3 ensuring that the Hope Starts Here planning process is data-driven? How will that impact the plan produced this summer?

Quesnelle: D3 is taking an active part in each of the Strategy Teams during the Hope Starts Here project.  We are providing background research for each team so that their discussions are guided by data related to the current situations in Detroit’s early childhood ecosystem.

We are also taking time with the Strategy Teams to understand what types of activities are measureable with current data sources and what would require additional resources to create surveys or data collection initiatives. This helps ensure that the plan produced this summer is grounded by outcomes that can be measured over the life of the Hope Starts Here project and the impact of new projects and policies on early childhood development issues can be shown.