The power of community: Reflections on the Vincent Chin 40th Remembrance and Rededication 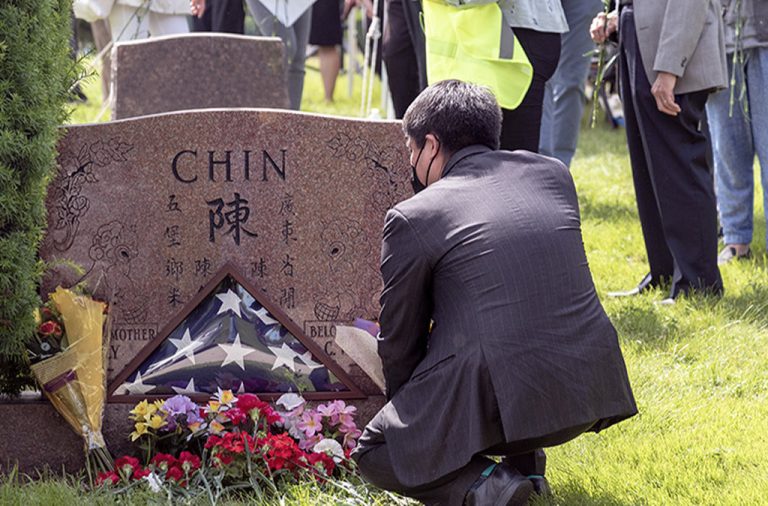 The Vincent Chin 40th Remembrance and Rededication concluded its public events at the site of Chin's grave on Sunday. (Photo by Patrick Barber for The Kresge Foundation)

Monday night, with the national PBS broadcast of the 1988 movie “Who Killed Vincent Chin?” the Vincent Chin 40th Remembrance and Rededication came to a close. The culmination of many months of planning by committee members across the country, with Kresge’s support as a presenting sponsor, the five days of activities in Detroit included film screenings, public art, musical and spoken word performances, panel discussions and more, all to mark the tragic events of 1982 that were a scar on the city and country, but that also energized the modern Asian American civil rights movement. Kresge Detroit Program Wendy Lewis Jackson, in a media conference last month to announce the planned activities, said the foundation supported the effort in in hopes that it “will spark a national conversation on democracy, racial justice and Asian American culture. Our hope is that these events will engage present and future generations in the commitment to social justice and the fight against racism and hate.” A number of Kresge staff and Trustee Kathy Ko Chin share their reflections below. 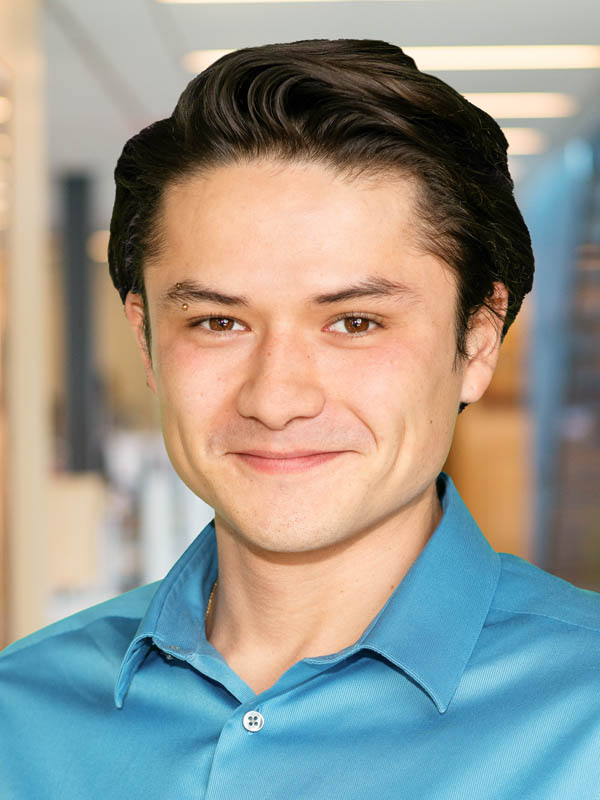 On behalf of The Kresge Foundation, I’d like to express my deep gratitude for the 40th Vincent Chin organizing committee, ACJ, DPTV, CAAM, the city of Detroit, and the impressive intergenerational coalition of national and local groups that have come together around this important weekend. It has been such a joy working with the committee and watching the intentionality, rigor, and care they put into cultivating community at a moment where it could not be more needed.

Our hope is that the remembrance and rededication will offer a container for healing, community-building and movement building across Detroit and lift up the modern Asian American racial justice movement — a new generation of organizers, healers, educators, artists, storytellers, and community leaders who are working to dismantle systemic racial violence of today

At Kresge, we are committed to cultivating equity and justice in cities across the country. To do so we know that it requires — among other things — nurturing our collective imagination, growing civic capacity, and elevating resident power. And I am grateful that we can practice these things this weekend.

We are honored and humbled to be a supporting partner to this important milestone in the Asian American civil rights movement, along with the community engagement and the public education that continues on today and into the future. Thank you so much!

The bus stopped in front of a long-closed, grayed-out old McDonald’s with a For Sale sign in front. It was chilling to see the actual location where Vincent was brutally beaten in the head with a baseball bat. I couldn’t get that image out of my mind while watching the remastered documentary, “Who Killed Vincent Chin?”, later that night. In particular, the eyewitness account from a former police officer from nearly 40 years ago. The witnessing officer was standing right in front of that McDonald’s, then still operating with the full technicolor neon flashing in the night. He recalled seeing the assailant take the bat, pulling it back to swing it, as if for a home run. Later, he saw Vincent’s brains spattered on the pavement. Vincent died four days later.

This Vincent Chin 40th Remembrance and Rededication Weekend (VC40) was about the power of community, coming together to mourn again and to commemorate. We also celebrated and reveled in the power of community, now 40 years later, larger and stronger, bringing Asian Americans, Native Hawaiian and Pacific Islanders and allies from across the country to Detroit. Forty years ago, it was more of a local fight, even though it was a case and that made Asian Americans stand up as one, in a moment of recognition of the need for common identity and unity. But now, 40 years hence, we could all actually show up in Detroit and feel that sense of community, together.

This meant all the more because of the isolation during COVID, when Asian Americans have faced anti-Asian violence of a volume and tenor perhaps even greater than in the 1980s and on a national scale. The power of community felt even more grounding because of Atlanta, NYC, and so many places where we have grieved, one-by-one and as a national community.

Forty years ago, when Vincent Chin was killed, I was a young adult, just starting out on my professional path. I was someone who had already been a student activist for Asian American identity and related issues. I remember how outrageous the murder had been and followed the case closely as it wended its way through our legal system. Just as I had protested many other issues – the Supreme Court Bakke case, apartheid, and immigrant rights – I joined in demonstrations about Vincent Chin.

So, to come to Detroit for the 40th Anniversary of his murder and death has been personally meaningful. As Haas Jr Fund CEO Cathy Cha said on a community-wide Zoom organized by Asian Americans Pacific Islanders in Philanthropy (AAPIP) days after the Atlanta spa killings, Atlanta has become the Vincent Chin of this generation. This has made VC40 all the more meaningful to me, to be in community as a national community and with allies.

Writing this on the plane as I fly home to California, I can tell that the experience will continue to ripen and derive even deeper meaning with time. It felt like a touchstone moment, one to refer to and ideas and conversations to refer back to, time and time again.

I’m so proud of Kresge’s presenting sponsorship and the partnership role that our Detroit team played with the VC40 planning committee. Thank you to the incredible leadership of the VC40 Planning Committee, led by the founders of American Citizens for Justice (ACJ) Helen Zia, Roland Hwang and James Shimoura, and so ably directed by Rebeka Islam, executive director of APIAVote Michigan. Your efforts have marked a national milestone. 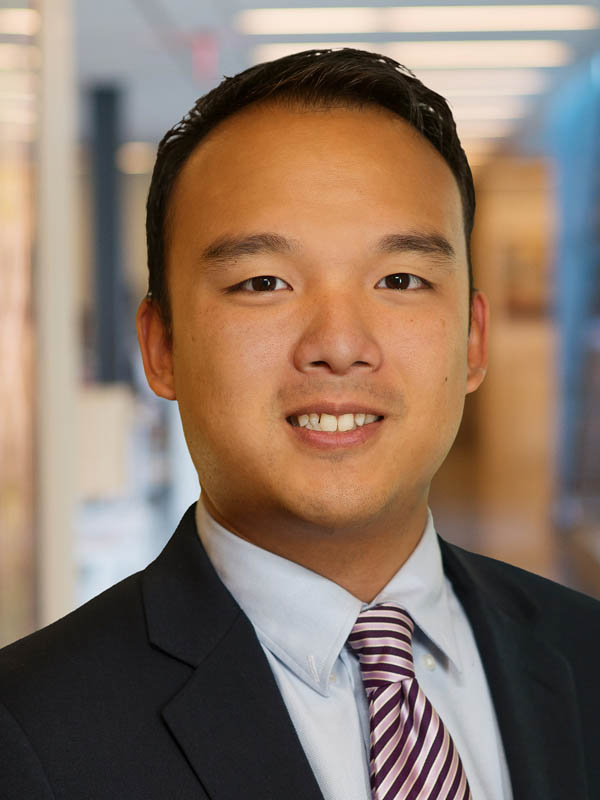 The commemoration events of the 40th anniversary of Vincent Chin’s murder were both an affirmation of the power of organizing and the leadership of Mr. Chin’s mother, Lily, who led the way for the broader movement, and a somber reminder that there is much work yet to be done. We were encouraged by the national community of Asian American leaders who reflected on the horrific murder of Vincent Chin, and how his murder and sacrifice galvanized the movement that followed as a pan-Asian call for justice.

It was an honor to recognize Mr. Chin’s family and the community organizers – ACJ and many others in Michigan and across the nation – who led and continue to lead a movement in a fight for justice for AAPIs. And yet, the somber remembrance of Mr. Chin’s life was another grave reminder that anti-Asian hate continues to rise at the beckoning of white supremacy, and the importance of continuing to advocate for equity and safety for communities of color.

We are grateful for the work that has come before us, and we recognize that as a community, we must heed the call of those who have led before us, in an unwavering fight for liberation. 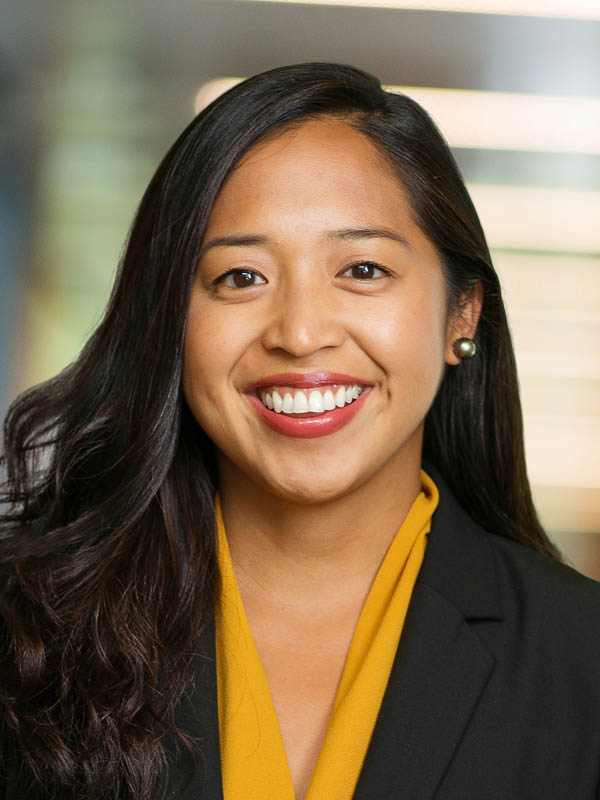 While there are so many thoughts I could share about the Vincent Chin commemorative events, I’d like to focus on feelings.

There was a feeling of sadness at the relevance of Vincent Chin’s murder to today. It happened almost exactly 40 years ago. It is unfortunate and unnerving to feel the significance of that moment in history to today. Violence against Asian Americans is at an unprecedented high. There was a 224% increase in anti-Asian hate crimes in 2021 which continues into this year. A woman in the film “Who Killed Vincent Chin?” talked about how, as an Asian, the general sentiment often felt was: “Don’t make waves, blend in, assimilate. But not anymore.” Not after Vincent was killed and his killers were not brought to justice. That moment in history marks a time in which the Asian American community came together. Not just locally, but regionally and nationally. If this could happen to Vincent and Lily, it could happy to any of us. While being steeped in the events surrounding Vincent Chin’s tragic death was deeply disturbing and heavy, the experience was also remarkably energizing.

I felt such pride and power in seeing what leadership looks like, what resistence looks like, what strength looks like. It isn’t what is often elevated in the history books or even in current events. For me, it was Lily Chin, the mother of Vincent Chin, an immigrant from China — English was not her first language — an older woman. The courage and strength she found in the deep and unwavering belief in what is right and wrong. It was her unflinching demand for justice for her son, hands shaking, demanding to be heard. Amidst her raw grief she revealed herself as an incredible fighter. Helen Zia called her ”the symbol of moral courage to a civil rights movement.” And I must say a few words about Helen, who spoke to Kresge staff last year. She has an easy smile, radiating warmth, inner calm, characteristics that don’t often get associated with being a fighter. I watched her eloquence and presence, then and now, undeterred by patronizing and demeaning white men who called her naïve among other things, with wonder.

It was powerful to be among originators of the modern Asian American civil rights movement. I got to see what solidarity looked like then and what is possible now. Especially in partnership with local, inspiring, current leaders like State Sen. Stephanie Chang and AAPIVote Executive Director Rebekah Islam. They too are fighters, beyond humble, and lifting one another up.
For me, the events evoked a feeling of belonging and community. Asians make up only about 2% of the Detroit population based on the last census. Our stories don’t often get told or our presence acknowledged. I got to bear witness to others in their journey and I felt seen in mine.

Lastly, it was a feeling of liberation. I hadn’t heard of Vincent Chin until my 20s. And, even then, I didn’t fully grasp its significance. It has taken me years to even begin to understand what it means to have internalized oppression and I feel it will take a lifetime still. But it is moments like this that make me feel freer and more liberated. It was also a reminder of why I work for Kresge. Our work matters. It says: We see you. We see the injustice 40 years ago which continues today. And we will fight for a future where justice just is.

Thanks again for all of those who imagined, invested, organized, and participated in the powerful Vincent Chin commemoration events.