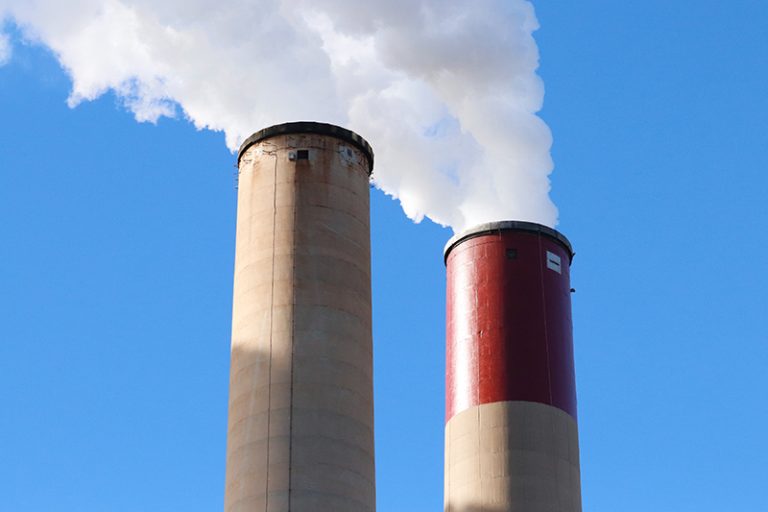 On the final day of the U.S. Supreme Court’s monumentally disappointing term, it decided to sharply curtail the ability of the Environmental Protection Agency (EPA) to fight climate change.

In today’s ruling, West Virginia v Environmental Protection Agency, the high court ruled that the authority to regulate power plant emissions under the Clean Air Act rests primarily with Congress and cannot be delegated to a federal agency. After a federal court ruled last year that the EPA could impose caps on greenhouse gas emissions from power plants under its Clean Air Act authorities, a group of state attorneys general and coal companies sought to overturn the ruling. Today, the Court did exactly that.

The Trump Administration’s EPA had decided that it could regulate only those acts a power plant could take within its “fence-line” – for example, carbon recapture or emission-scrubbing. That led the Biden Administration to take a very different tack, formulating a rule that addressed the reality that carbon dioxide emissions move across property lines.

The Biden Administration argued that the Clean Air Act delegates broad administrative powers to the EPA. At some level, that is the only sensible construct – Congress can neither begin to address the thousands of issues that fall within the agency’s oversight responsibilities nor marshal the technical expertise to do so. The other – albeit flimsy – side of the argument, however, is that because the Clean Air Act was enacted far earlier than the full impact of climate change was understood, the EPA must receive explicit authorization when moving “to exercise powers of vast economic and political significance” (the language the Court invoked last year in invalidating the eviction moratorium issued by the Centers for Disease Control and Prevention).

Like other decisions this term, this case appears to step on precedent. In 2014, the Court – while invalidating a different EPA greenhouse gas emissions threshold – wrote that its decision would not bar the agency from regulating stationary sources of emissions. Power plants, at last check, are stationary.

And also like the other decisions, West Virginia has implications far beyond the facts of this case. Let’s move from the general to the specific.

First, and most generally, the decision takes direct aim at “the administrative state” – which opponents would describe as the sprawling, unelected, liberally-jaundiced, nefarious underbelly of the federal government that writes rules that micro-direct every element of the American economy and way of life. A lot has been written in the last months about the 50-year, sustained and strategic efforts of conservatives to lay the foundation for the illumination and deconstruction of that state. The consensus is clear that those efforts have been effective in almost every dimension.

Second, and more legally germane, the decision carries very practical potential consequences for the ability of any federal agency to undertake rulemaking bearing on issues of high visibility and import. In 1984, the Court articulated the so-called “Chevron deference” holding – unanimously – that when deciding the validity of agency interpretations (in rule form) of ambiguous federal statutes, courts must defer to the greater expertise and accountability of those agencies. As Justice John Paul Stevens wrote: “Judges are not experts in the field and are not part of either political branch of the government.”

In a particularly illuminating foreshadowing, however, enter stage-right federal appeals court judge Neil Gorsuch, who wrote a seminal opinion several years later that the Chevron doctrine allowed “executive bureaucracies to swallow huge amounts of core judicial and legislative power.” It was indeed stage-setting, as the Supreme Court has begun systematically to undercut the doctrine by invalidating the delegated authority of federal agencies to regulate not just in the environmental sphere, but also in health care (Centers for Disease Control and Prevention), workplace safety (Occupational Health and Safety Administration), telecommunications (Federal Communications Commission), the financial sector (Treasury and others), and others.

Third, and almost as broadly, the decision undermines the essential purpose of a decades-long, well-accepted process for rulemaking that involves extensive opportunities for public input and accountability. Federal rules are promulgated with the opportunity for public comment, agency revision and multi-agency review. Even rules that seem backward or ill-considered emerge from processes built on that principle.

Fourth, and most particularly to Kresge’s Environment Program’s strategies, the decision almost certainly means that the federal government would be proscribed from such administrative actions as restricting tailpipe emissions because of vehicles’ impact on climate, compelling electric utilities to replace fossil fuel-fired power plants, or accounting the economic costs of climate change when evaluating whether to approve a new oil pipeline or similar project.

This decision completes a Supreme Court term that baseball fans might metaphorically compare to an opponent hitting for the cycle (assuming you’re like me and find these decisions distasteful). A cycle is when a batter hits a single, double, triple and homerun in one game. And the Supreme Court did that for conservatives via decisions on:

Women’s Rights (Dobbs v. Jackson Women’s Health Organization): The states of the union do have the power to promulgate laws and policies that supersede a woman’s right to bodily autonomy, regardless of the patchwork of inconsistency, variously punitive, and constitutionally unsound laws that result.

States’ Rights (New York State Rifle & Pistol Association Inc. v. Bruen): The states of the union and their political subdivisions do not have the power to promulgate gun regulation ordinances and policies that supersede a person’s right to carry AR-15s and high-power ammunition magazines in public places.