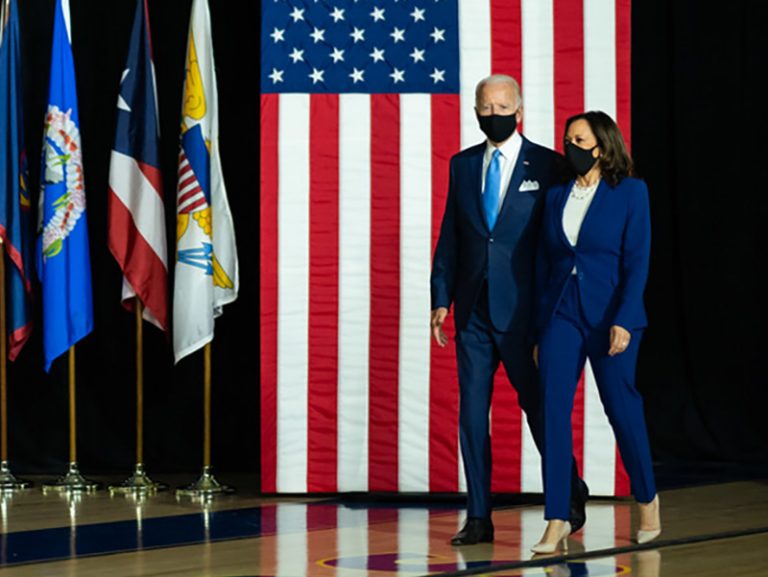 File photo from Wilmington, Delaware, on Aug. 12, 2020. Photo from Biden For President is licensed with CC BY-NC-SA 2.0.

Who would have guessed that Wednesday’s inauguration would be so transcendentally coherent in its beauty, inspiration, and catharsis, with a guest list that included Garth Brooks to Lady Gaga, Hillary Clinton to Mike Pence, and Barack Obama to J-Lo. But it was. We are blessed as a nation to have people of such unsurpassed decency, graciousness, selflessness, and passion working to create a sense of common purpose and shared commitment. We are honored and privileged to have President Joe Biden and Vice President Kamala Harris assume their roles at such a seminal inflection point in our nation’s history.

The President’s powerful call to unity on Wednesday and the glorious musical moments speak for themselves. What stuck with me, above all, was National Youth Poet Laureate Amanda Gorman’s soaring eloquence and power. Standing at the rostrum where Maya Angelou (1993) and Elizabeth Alexander (2009) and Robert Frost (1961) stood, Ms. Gorman delivered “The Hill We Climb,” as a nation watched and listened and believed. Two stanzas – of many that struck me in the moment – provided a peek into her story and a resolute hope for what is to come:

“We, the successors of a country and a time where a skinny black girl descended from slaves and raised by a single mother can dream of becoming president, only to find herself reciting for one…

We will not march back to what was but move to what shall be: a country that is bruised but whole, benevolent but bold, fierce and free…

We will not be turned around or interrupted by intimidation because we know our inaction and inertia will be the inheritance of the next generation, become the future.”

Our new Administration then found their new offices and commenced with profoundly important and useful work. Among the waterfall of Executive Orders and actions signed Wednesday – with scores more to come today and in the next week – were a number that touch our work directly:

Discrimination Based on Gender Identity or Sexual Orientation

This is only a partial list – there are more, and they are forceful and forward-looking.

We’re off to a good start.