Rapson: 20 years after 9/11, amid a new crisis, lessons in responding equitably still resonate 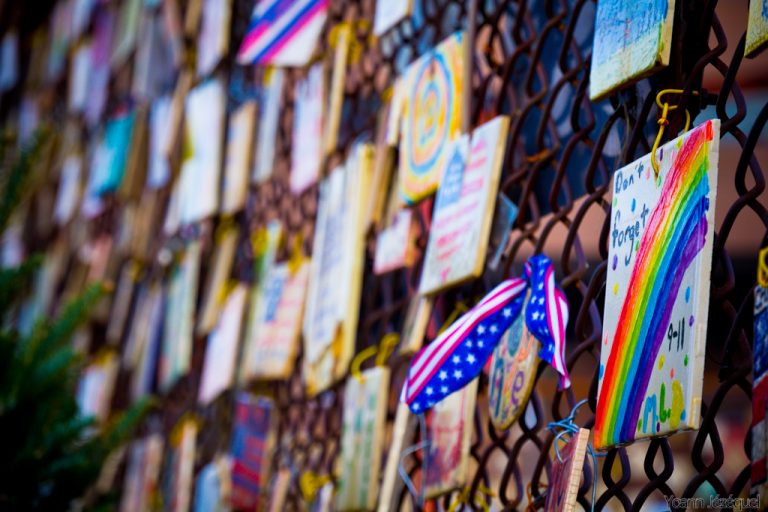 The first is marking the 20th anniversary tomorrow of the terrorist attacks in New York, Washington, and Pennsylvania. Our newspapers, televisions, and social media are awash with commentaries, personal stories, and reflections about the day’s legacy. The pieces I’ve already seen underscore the insidiousness of the xenophobic and racist anti-Muslim backlash that proved disturbingly enduring … the resetting of travel protocols that continue to preoccupy us as we move through airports and in public spaces … the implications of the decade-long political absorption with tracking Osama Bin Laden and his confederates … the post-traumatic stress thousands suffered from having loved ones, friends, and colleagues’ lives taken away in the three attacks … the valorization of those front-line police officers, firefighters, health workers, and countless others who risked life and limb, in the moment and over the long-term, in efforts to rescue and help …  and so very much more.

I was at the McKnight Foundation in 2001. The morning of the attacks, I was in a meeting with the head of a major corporation to discuss a collaborative neighborhood initiative in Minneapolis’ southside. We were interrupted by his assistant shortly before 9:00 a.m. about the crisis unfolding at the World Trade Center. We immediately turned on the television, only to witness the crash of Flight 175 into the South Tower of the World Trade Center and the images of the North Tower on fire.

The city of Minneapolis, like cities across the United States, shut down. We had no reason to believe that any of our buildings would be threatened, but we had every reason to take no chances. By 10 a.m., all the McKnight staff – together with every worker in downtown – had left for their homes. We would stay there for the rest of the week as people tried to make sense of the insensible, find comfort amidst the sorrow and pain.

The uncertainty and fear lingered. So too the darkest instincts of wanting to scapegoat, stereotype, lash out, ostracize grew in scope and strength, becoming far more deep-seated than any of us wanted – then or now – to acknowledge.

And yet, countless acts of mutual support and kindness mushroomed throughout the country. Potent antidotes to hate and intolerance were birthed and fortified. Institutions of all stripes and types stepped outside their traditional lanes to bridge across difference, fashion new forms of social capital, and find common ground in uncommon realms.

It wasn’t clear how McKnight, even together with countless other philanthropies, could play a meaningful part. We contributed to the New York Community Trust’s efforts to offer aid and support to New Yorkers. We invested in organizations and movements dedicated to preventing hate-inspired acts of intimidation and violence. We provided open-ended time-off for those of our staff who wanted to volunteer their time. It was inadequate, but it was what we could do in the moment.

One take-away from all of this is that the moment motivates, but the long-term crystalizes. Investing in civil justice, racial equity, and social change is work with a very long horizon-line.

The tragedy of 9/11 was unique, and the responses to its endless complexities were particular to its circumstance. But it and they surfaced so many issues that are not unique, but instead are latent, enduring, and insidious. How we respond to acts of systemic violence – Eric Garner, George Floyd, Breonna Taylor. How we anticipate, mitigate, and eradicate acts of racial hatred – Charlottesville, indefensible political campaign rallies. How we comprehend the long-term costs of catastrophic events – Katrina’s exacerbation of racial disparities, 9/11’s generation of long-term health-related illnesses. How we use crisis as a springboard to transformational reform – COVID, with all its collective anxiety, pain, and suffering, catalyzing a very different conception of how federal investment can advance equity.

It is in this latter vein that I want to note the second seminal event: President Biden’s powerful call to action yesterday in the fight to make dramatic and enduring inroads to the spread of COVID-19.

PUTTING LESSONS FROM 9/11 INTO PRACTICE

President Biden’s statement reflects his horror at witnessing this nation’s health and well-being lying in extremis. His toughness … his impatience … his exasperation with voluntary non-vaccinators . . . his appeal for all Americans to take their bearings from an embrace of the common good … all reflected his view that the undeniable gravity of the moment requires executive action of the most profound and unprecedented kind.

Others have echoed the President’s call. The Los Angeles Board of Education has required all students 12 and older to be vaccinated. Many of our prominent Foundation peers mandate vaccinations. As do a growing number of large companies, including Uber, Facebook, Google, Delta Airlines, Netflix, United Airlines, Disney, and Tyson Foods.

It is a crisis, no less than a hurricane, than a police murder of a civilian, than an unconstitutional action by the elected representatives of the State of Texas. The situation is, as the President so forcefully underscored, killing thousands of people. Those deaths are avoidable, and the politicization that drives them to new heights is inexcusable.

The President’s six-point approach is commensurate with the needs of the moment and is fully consistent with the approach that Kresge has adopted – and will continue to adapt. Just a quick review of those six pillars:

Kresge’s policy is fully aligned with this framework. During our Staggered Re-Entry Phase, which began this past week, employees entering the building must either be vaccinated or must return negative COVID tests every seven days before entering our offices.

We have another four months to meet fully the letter and spirit of President Biden’s directives. We are very close to having all our employees being either vaccinated or exempted from vaccination for medical or religious reasons. We’ll continue to pull on that thread in the hopes of seeing all of our employees becoming vaccinated or vaccine-exempt.

American Cities, From the President