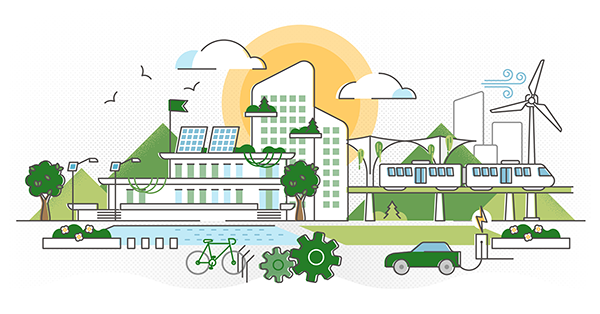 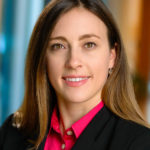 As federal decision-makers argue the pros and cons of a $1 trillion infrastructure bill, we asked municipal finance expert Lourdes Germán, a senior advisor working with our Social Investment Practice and other Kresge programs, to break down what’s in the proposed bill and how it might land in cities and communities.

Q: How would you characterize the yet-to-be-finalized infrastructure bill as a different animal than the American Rescue Plan?

A: The American Rescue Plan, together with the Senate-approved bipartisan infrastructure bill (yet to be approved by Congress), stand to enable the largest direct investment of resources from the federal government to cities, states and localities in America, at a scale not seen in a generation. Both bills enable catalytic investment that can yield transformative social impact in cities, particularly those seeking to address systemic, deep-rooted racial inequities and to counter the devastating economic and social impacts of COVID-19. While there are many differences between the two bills, a key difference in my view are the levers of public finance that each bill relies on. The American Rescue Plan provides relief in the form of direct funding, whereas the infrastructure bill will (if enacted) provide direct funding and finance avenues of investment.

The current version of the infrastructure bill will require that government leaders think creatively and strategically about how to leverage financing sources sustainably, which is something they did not have to do given the structure of the American Rescue Plan. For example, the infrastructure bill may include an expansion of private activity bond authority, and leaders who want to fully leverage that aspect of the bill will have to develop plans examining how and whether using that debt mechanism should be a part of their infrastructure funding agenda for capital needs, alongside other funding and financing sources. To do this, they will have to consider how to evaluate the cost of capital and fiscal impact of certain financing mechanisms versus others.

Q: What kind of opportunities do you expect the infrastructure bill might present for philanthropy or other impact investors?

A: First, philanthropy may have the ability to participate differently as impact investors in some of the new financing mechanisms that could come into play with the new infrastructure bill.

Philanthropists are poised as institutional investors to encourage communities to structure investments they may want to participate in with an eye toward sustainability, equity and other values aligned with place-based outcomes in cities.

Second, philanthropic funders can reconceptualize how they use grant funds strategically and in a targeted way to give continuity to high-impact initiatives and programs that receive “seed funding” from relief packages, and which will need other sources of funding to support their continuity when the aid packages sunset. Beyond grants, philanthropic partners can help provide technical assistance to leaders that enable them to learn how to develop sustainable funding strategies, so they can continue to fund the transformative work underway when the federal aid packages end.

Finally, foundations have a unique view of nonprofits and are well-positioned to engage in deep cross-sector impact measurement at scale. They can help answer a key question many will want to know in a few years: What was the collective impact of the relief packages? What lessons can be learned to inform future policy? What place-based outcomes occurred as a result of the transformative investments of this moment? These lessons could be incredibly powerful in informing future federal policies.

Q: How, at this stage, do you see low-income communities being targeted in a meaningful way in the infrastructure bill? Do they stand to benefit specifically and if so, in what ways?

A: Early information on the Senate-approved bill suggests several ways that the final bill, if approved, could enable historic investments in well-documented areas of need in low-income communities.

One example: COVID-19 created unexpected shifts toward remote work and remote learning, which laid bare America’s digital divide. Experts report that African American families are 9% less likely to have high-speed internet than their white peers, Latino Americans are 15% less likely, and 35% of individuals living on Tribal lands lack access to broadband service. At present, the infrastructure bill would channel $65 billion of investment to expand access to reliable high-speed internet via investment in broadband infrastructure.

In addition, the bill also endeavors to make significant planned investments in transformative projects to reconnect communities that have been historically divided by inequitable transportation infrastructure via targeted funding for the interstate highway systems and transportation and would enable the funding of climate-focused investment in underserved areas with vulnerable communities. These, and other investments the bill stands to enable in education and other social infrastructure, would be significant in meeting the needs of low-income communities.

Q: We often partner with CDFIs in our community development work. What could be included in the bill that could impact how CDFIs can do their work?

A: Community Development Financial Institutions (CDFIs) are a critically important avenue for capital to flow to underrepresented communities, and I think that they stand to benefit from expanded federal funding. As one example, many CDFIs operate loan funds that seek to expand affordable housing by providing funding to real estate developers who approach community investment and development activities with a socially responsible lens. Those efforts can play an important role in the provision of affordable housing and essential related public infrastructure projects in cities. If the infrastructure bill expands funding and financing avenues for housing and other social sector projects, it is important for leaders at the federal level to be cognizant of the fact that states and local governments are not the only actors who can make such investments but that CDFIs can also play an important complementary role, working alongside governments, particularly in underserved communities.

Q: Finally, looking back, it’s been about six months since the passing of the American Rescue Plan. Cities are beginning to submit their plans for how they will spend those dollars. From what’s available now, what kind of trends are you seeing?

A: Today (August 31) will be a key date that will provide us with the first significant window into what many cities across America are doing with American Rescue Plan funds, because it’s the deadline for cities with a population over 250,000 to file their first “Recovery Plan Reports.” These public records detail how they are spending the American Rescue Plan funds to achieve program outcomes in an effective, efficient, and equitable manner, and identify key performance indicators.

One trend that I suspect we may see is a growing concentration of American Rescue Plan funding channeled to “qualified census tracts” (QCTs) in cities across America. Recent Interim Final Guidance from the U.S. Treasury specifies that a component of eligibility for some of the American Rescue Plan funds includes certain investment in areas designated as QCTs — census tract where at least 50% of the households have an income less than 60% of the Area Median Gross Income, or a poverty rate of at least 25%, aligned with the U.S. Department of Housing & Urban Development definition. Experts agree that this aspect of the American Rescue Plan is intended to incentivize investment in programs that provide support to neighborhoods and communities with the greatest needs and underserved populations that have been hit the hardest by COVID-19 and faced significant health and economic dislocations and inequities. It will be important to track whether and how expanded investment materializes in QCTs and what kind of outcomes result from that investment across the spectrum of need.

Lourdes Germán works as a Senior Advisor to Kresge’s Social Investment Practice, American Cities Program and Detroit Program. She will begin serving on the faculty at Harvard University this fall. She will be a featured speaker at the Spending for Equity webinar with the Shared Prosperity Partnership on Sept. 23. RSVP and learn more here.