Composer and operatic impresario David DiChiera – a champion of Detroit’s renaissance – has been named the 2013 Kresge Eminent Artist.

The Kresge Eminent Artist award and $50,000 prize recognize DiChiera’s contributions as founder, music and general director of the Michigan Opera Theatre, his creativity and commitment to the community and his efforts to build cultural bridges through the arts. 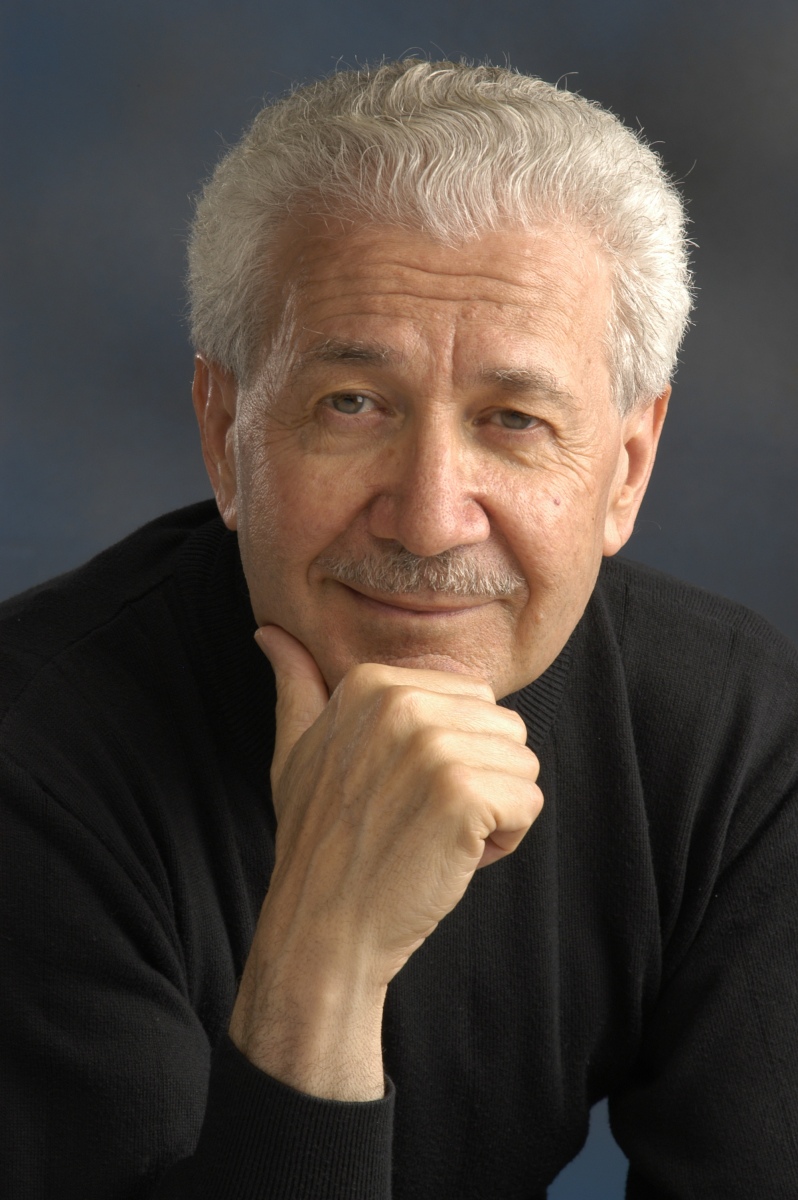 A composer whose works include “Four Sonnets” (1965), “Cyrano” (2007) and the children’s opera “Rumpelstiltskin”(1973), DiChiera has presented operatic, dance  and musical theater productions in Detroit and throughout Michigan for more than four decades. He has encouraged an appreciation for music and libretto in young people and adults, enriched the operatic repertoire by commissioning and premiering new productions and advanced the proposition that opera should reflect the community in which it is performed.

DiChiera has opened the doors to new audiences and been a tirelessly effective force for community vitality, says Rip Rapson, president and CEO of The Kresge Foundation.

“David is one of our community’s most visionary leaders. He has nurtured an art form that combines music, dance, visual arts, and literature to tell stories of inspiration, power, and relevance – stories that bridge across eras and generations. He has contributed to the physical revitalization of our downtown cultural and entertainment district, re-energizing the landmark Music Hall theater and marshaling support for the opera house. We are proud and privileged to recognize his contributions to our community as a teacher, an advocate, and an artist of the highest order.”

The Kresge Eminent Artist award recognizes an exceptional artist for his or her professional achievements and contributions to the cultural community. The award also encourages that individual’s pursuit of a chosen art form and an ongoing commitment to metropolitan Detroit.

Part of a multipronged Kresge effort to strengthen the economic, social and cultural fabric of greater Detroit through the nurture and promotion of the arts, the Eminent Artist award is administered by the College for Creative Studies in Detroit.

In Detroit, DiChiera has worked to broaden the opera theater’s audience and connect it to the community with initiatives that included commissioning a libretto by the African American author and Nobel Prize winner Toni Morrison.

In two terms (1979-1983) as national president of OPERA America, DiChiera worked to develop funding for new American musical theater productions and support outreach to underserved audiences. DiChiera also founded and led Opera Pacific in Orange County, Calif., and oversaw the artistic productions of the Dayton Opera in Dayton, Ohio. He retired from those positions in the 1990s to focus his efforts on Detroit.

“I’ve always been a big believer in the fact that the arts can be very transformative, not only in people’s personal lives, but in a community,” DiChiera says. “I always felt so strongly that if Detroit were to have an opera company and opera house, it … could help revitalize the city.

“Once you invest yourself in the community,” he says, “you almost feel like you cannot let the people in that community down.”

DiChiera is married to Karen VanderKloot DiChiera, a collaborator on “Rumpelstiltskin.” They have two daughters.

DiChiera was the youngest of four children born to Cosimo and Maria DiChiera, who left the mountains of the Calabria region of Italy for America in 1920. The couple settled in McKeesport, Pa., where DeChiera’s father worked in local steel mills. David, who was born in 1935, began listening to Metropolitan Opera broadcasts at age 6 or 7.

When David was 10, the family moved to Los Angeles; there, his mother cleaned houses to earn money for his piano lessons. He remembers attending his first opera, Verdi’s “Il Trovatore,” on a school outing in seventh grade.

DiChiera entered UCLA with dreams of becoming a concert pianist, but soon discovered the Opera Workshop there. “That opened up a whole new world – I was just enthralled,” recalled DiChiera in a 2010 National Endowment for the Arts interview. After finishing his master’s degree in music composition in 1956, he received a Fulbright scholarship to study in Italy. While abroad, he composed a sonata for the Naples Festival of Contemporary Music before returning to UCLA to earn a doctorate in musicology.

In 1962, DiChiera accepted an invitation to join the fledgling music faculty of Oakland University, then under construction in the Detroit suburb of Rochester. The following year, he oversaw Overture to Opera, aneducation program of the Detroit Grand Opera Association, which sponsored the Metropolitan Opera’s annual spring visits to Detroit.

Overture to Opera staged opera scenes and one-act operas that DiChiera narrated. He took Overture to Opera to schools and communities across Michigan and later expanded the format to include a full-length opera, laying the groundwork for the Michigan Opera Theatre.

DiChiera believed Michigan needed a Detroit-based professional opera company to serve statewide audiences and communities year-round. His work for the Detroit Grand Opera Association led to the founding, in 1971, of what became known as Michigan Opera Theatre. The company made its first home in Detroit’s Music Hall theater, breathing new life into a landmark that had been headed for demolition.

Raising the curtain on Michigan Opera Theatre required a leap of faith in a working-class city, then reeling from social unrest. “He made people believe that everything was possible,” Robert Heuer, general director of the Florida Grand Opera said in a 2010 interview, “… that opera was possible in Detroit, along with education and reaching out to young people.”

In addition to showcasing traditional operatic works, the Michigan Opera Theatre has made a commitment to American opera and musical theater. During its first decade, the theater presented revivals of Marc Blitzstein’s “Regina,” Aaron Copland’s “The Tender Land” and the world premiere of Thomas Pasatieri’s “Washington Square.” In the 1980s, it brought to the stage Leonard Bernstein’s “West Side Story,” Stephen Sondheim’s “Sweeney Todd” and other popular musicals.

After 14 years at the Music Hall Center, the Michigan Opera Theatre started staging its more elaborate productions at Detroit’s Masonic Temple Theatre and Fisher Theatre. In 1989, the company purchased a dilapidated 1922 movie palace and slogged through a six-year, multimillion-dollar restoration. Renowned soprano Joan Sutherland cut the ribbon on the ornate, 2,700-seat Detroit Opera House when it opened in April 1996. The occasion marked the Michigan Opera Theatre’s 25th anniversary and a milepost in the revitalization of downtown Detroit’s cultural and entertainment district.

One of DiChiera’s goals was to expand the company’s repertoire and to promote understanding across racial, social, economic and geographic divides. He helped advance the careers of sopranos Kathleen Battle and Leona Mitchell and tenor Vinson Cole. He commissioned and staged “Margaret Garner,” an opera by Richard Danielpour and Toni Morrison based on a fugitive slave story set in pre-Civil War America. The Michigan Opera Theatre has also presented a series of operas that celebrate ethnicities and nationalities, among them the North American premieres of the Armenian “Anoush” and Polish “King Roger.”

In 2007, Michigan Opera Theatre premiered “Cyrano,” DiChiera’s first full-length opera. He composed it in his 60s.

Major universities and civic organizations in the U.S., France and Italy have recognized DiChiera for his dedication to opera in America, his achievements in music and his community leadership. In 2010, he was selected by the National Endowment for the Arts for its Opera Honors award, the nation’s highest accolade for lifetime achievement in opera.

The Kresge Foundation will publish a monograph to commemorate DiChiera’s work.

“David DiChiera brilliantly combines the roles of musician, impresario and community advocate.  His vision, creativity and perseverance are inspiration to all his fellow cultural leaders,” says Richard L. Rogers, president of the College for Creative Studies. “CCS is proud to administer Kresge Arts in Detroit and to participate in honoring such an important figure in the artistic life of our region.”

The Kresge Arts in Detroit Advisory Council selects the Kresge Eminent Artist. A volunteer group, the advisory council is made up of leaders in the metropolitan Detroit cultural community.