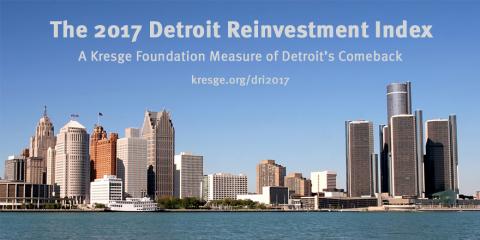 The 2017 index expands on data from 2016 based on surveys of national business leaders to include perceptions about Detroit from local entrepreneurs. The survey finds both groups strongly optimistic about the city’s revitalization and its investment potential.

Along highlighting data from the latest survey, Rapson pointed to trends driving an improving investment atmosphere in Detroit:

Rapson’s full remarks are available in the Library section of the Kresge website.