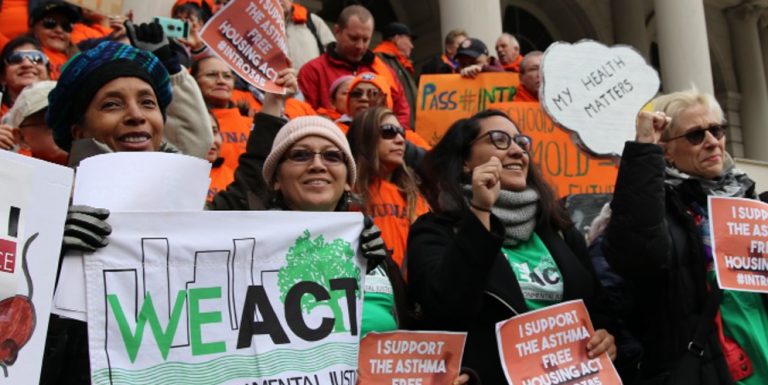 WE ACT for Environmental Justice is one of several grantee partners represented on the council.

The advisory council was established by President Biden’s Executive Order on Tackling the Climate Crisis at Home and Abroad to fulfill the administration’s commitment to confronting longstanding environmental injustices and to ensuring that historically marginalized, polluted and overburdened communities have greater input on federal policies and decisions.

Kresge partners and grantees include:

“This is a historic moment that environmental justice communities have been working toward for decades. President Biden and Vice President Harris are, for the first time ever, bringing the voices, perspectives, and expertise of environmental justice communities into a formal advisory role at the White House,” said Cecilia Martinez in the release, senior director for environmental justice, CEQ. Martinez is also the co-founder and former executive director of the Center for Earth, Energy and Democracy (CEED) in Minneapolis – another Kresge grantee partner. “The advisory council builds off the important work of EPA’s National Environmental Justice Advisory Council and will provide input and recommendations to senior leaders across government as this administration works to clean up toxic pollution, create good-paying, union jobs in all communities, and give every child in America the chance to grow up healthy.”

Congratulations to our grantees and community partners appointed to the White House Environmental Justice Advisory Council!