Implementation grants of $100,000 to $150,000 will support these projects that can begin promptly and are to be completed in 12 to 18 months. There is at least one implementation project in each of the seven Detroit City Council districts. 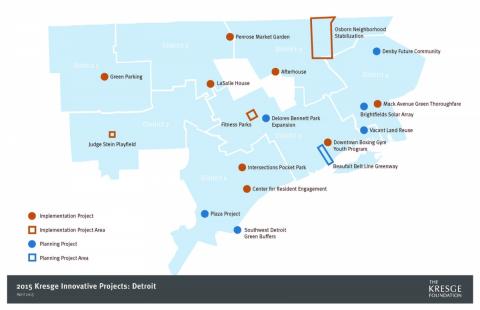 Planning grants of $20,000 to $25,000 are to be completed by the end of August prior to the next round of Kresge Innovative Projects: Detroit, to begin in the fall.