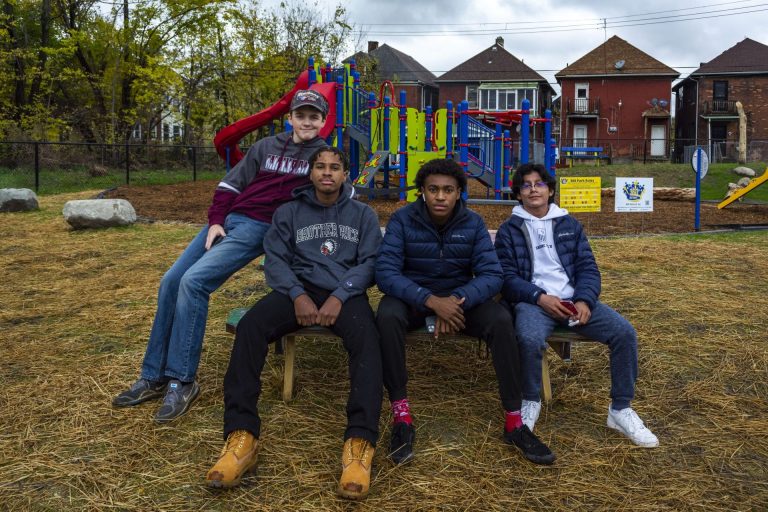 Detroit-, Highland Park- and Hamtramck-based nonprofits seeking to transform neighborhoods with projects that reflect resident priorities can look forward to at least $3 million over the next three years through the Kresge Innovative Projects: Detroit Plus (KIP:D+) initiative.

Applications for the first round of funding, a minimum of $1.1 million to be distributed in early 2022, open today for organizations seeking to develop their project ideas, build out detailed plans or implement projects. Applications must be finished by Jan. 14, 2022.

The name change to KIP:D+ is in recognition of key organizational changes and the expansion of the grant opportunity to Hamtramck and Highland Park.

Since 2017, KIP:D has been a partnership of Kresge and Michigan Community Resources (MCR), which provides thought leadership to the foundation along with technical assistance, capacity building and advocacy on behalf of  grantees.

Now MCR is taking a larger role in shaping the initiative, and  Co.act Detroit will lead the application and evaluation process, making  final grant awards in collaboration with Kresge early next year.

“We are thrilled to be a part of the next round of this unique and innovative program that embodies the resilient spirit of Detroit, and that honors the wisdom and creativity of its residents,” said Allandra Bulger, executive director of Co.act Detroit.

“While physical changes and activities supported by projects are important, we also know that they cultivate the spirit of neighborhoods,” Jackson added, citing an evaluation of the grants made during the initiative’s first three years commissioned from the University of Michigan School of Social Work’s Program Evaluation Group. That study found that funded projects fostered social cohesion and brought a sense of ownership around the projects and the community more broadly.

At the same time, the UM evaluation found, organizations taking part in projects were strengthened in their capacity, stability and “ability to advocate for systems change.”

As to the expansion to Highland Park and Hamtramck, Jackson said, “We know that communities cross these borders and that a number of Detroit-based KIP:D grantees have, in fact, worked across them, including the Ruth Ellis Center and Popps Packing. Fully opening KIP:D+ to organizations and projects in Highland Park and Hamtramck is a natural evolution to support good work.”

In the past, Kresge has sought to better tailor the grant guidelines to reflect the initiative’s priorities and meet the needs of residents. For KIP:D+, guidelines have been further streamlined and the program has been adapted to better attract smaller and newer community groups, including block clubs that may operate in areas bounded by a few close streets.

Continuing in that effort to bring the initiative closer to the neighborhoods it serves, Kresge and MCR invited Co.act to lead the application and evaluation process and to make final grant awards in collaboration with Kresge. Co.act is a nonprofit hub, launched in 2019, that works to accelerate transformative impact with nonprofit and community organizations in southeast Michigan through collaborative idea generation, cross-sector resources, and equitable access to world-class programming and learning opportunities.

“Particularly after having seen Co.act administer the $1.5 million Activate Fund to build the capacity of southeast Michigan nonprofits, we became convinced that they were uniquely well-suited to take on this large task,” said Jackson. “Co.act brings KIP:D closer to community-led decision-making and will keep Kresge’s commitment to racial equity on the forefront.”

“We are honored to be doing this work alongside our partners at MCR, an organization as committed as we are to equitable access to resources, and centering community voice and decision-making,” added Co.act Detroit’s Bulger.

As in recent rounds of KIP:D, Michigan Community Resources will provide technical support, training and project-based resources for KIP:D+ applicants and grantees, supporting with tasks such as gaining site control, formulating legal agreements with partners, creating detailed project budgets, engaging their communities and other project-specific needs. MCR also works to connect the KIP:D grantees to one another in a network to share information, collaborate and support one another’s work.

Kresge has committed at least $1.5 million to support technical assistance for KIP:D+ grantees over the next three years.

“KIP:D has empowered community organizations to realize their dreams and visions for their neighborhoods,” said Jamii Tata, director of capacity building programs for MCR. “Peer-to-peer learning, training, collective problem-solving and advocacy — not just for one neighborhood, but across the city — has been the trend over the course of the many rounds of KIP:D. MCR continues to work to build cohesion among grantees and across Detroit, Hamtramck and Highland Park communities as we move into KIP:D+.”

Follow links below to register in advance for these info sessions:

Applicants can make appointments for office hours during these times:

Translators will be available for speakers of Arabic, Bengali/Bangla and Spanish upon request.

Learn more and apply at coactdetroit.org/kipd.