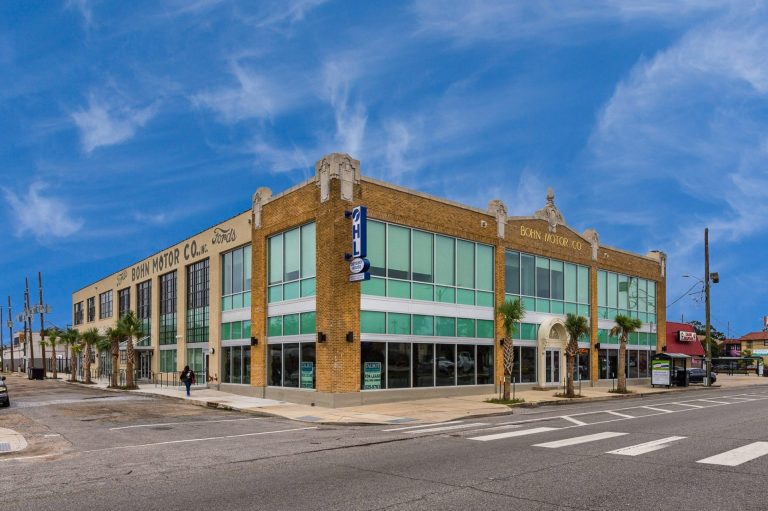 While the current shortage of affordable housing is a near-universal problem throughout America, the specifics differ by geography. Across the Gulf Coast region, a primary driver is a lack of financing, says Kevin Krejci, chief capitalization officer at Gulf Coast Housing Partnership Inc. (GCHP), one of the area’s largest nonprofit real estate developers and a member of the Kresge Foundation’s Advancing Health Equity Through Housing cohort of grantees.

“Income levels in the Gulf Coast region are low relative to construction costs, and we don’t have the amount of state or philanthropic support that other states have. As a result, we are always facing a big financing gap for affordable housing, and are always looking for new sources to fill it.”

One new and innovative capital source that GCHP is successfully engaging is the Medicaid Managed Care Organizations (MCOs) that provide health care insurance throughout the region to people with low incomes. As Krejci explains, the idea to raise funds for affordable housing from health care providers grew out of GCHP’s work in Jackson, Mississippi, where the nonprofit was invited in 2016 by three of the city’s largest historically African-American churches to work together to build on church-owned land housing that is both affordable and increases access to health care services.

“In addition to these churches, there’s the Jackson State University School of Public Health and the Jackson Medical Mall Foundation, both of which are knowledgeable on the impact stable housing has on health outcomes and were looking for ways to deliver accessible and culturally competent health care through housing. So, there was a lot of local knowledge and leadership, but they were having trouble getting the concept off the ground because they didn’t have the real estate development experience, or the financing or construction management experience,” says Krejci. “That’s where we come in. GCHP has those technical capacities, and we can provide those skills to the community to create something together that has a more positive impact.”

As they began digging in on the health/housing model, the GCHP team recognized that, “if we are reducing health care costs for a population, there is a financial beneficiary of that cost reduction. A beneficiary could be the MCOs,” says Krejci. “Because MCOs compete for state contracts, it is a positive thing for them to be able to demonstrate that they are taking an innovative approach to reducing health care costs and improving health care outcomes. That fits nicely with our work because there is a lot of alignment between MCOs who serve the Medicaid population, and the population that GCHP serves,” which is primarily individuals with low incomes.

GHCP and its partners in Jackson aren’t the only people who see this connection. Some MCOs also recognize the potential for a mutually beneficial partnership. UnitedHealthcare has committed to providing low-cost debt to help finance The Pearl, the GCHP project on church-owned land in Jackson that will include 79 units of affordable housing for older adults with low incomes.

The Pearl will be co-located with a Federally-Qualified Health Center that will be operated by Jackson Hinds Comprehensive Healthcare, one of the largest health care providers in Mississippi and will employ a community health worker to engage with the residents, someone who, as Krejci describes it, “has a health care background but, importantly, is culturally competent and can engage with the people that live there and connect them to the right health services and that can be trusted.”

At the same time GCHP is finalizing plans for The Pearl, the nonprofit is also actively working to launch a second health/housing project, this time in Central City, the historically African-American New Orleans neighborhood that houses the nonprofit’s headquarters and has suffered from significant disinvestment and crime over the past 20 years. Like many residents, GCHP sees enormous potential in the neighborhood, which was once a thriving community and is only nine blocks from the city’s vibrant downtown. For decades, the nonprofit has been working in partnership with other community members to revitalize the area’s commercial corridor under the banner of “community, culture, and commerce,” the three “Cs” that serve as the north star for the community’s efforts.

A cornerstone of that work is HC3, GCHP’s plan to redevelop an entire city block along the neighborhood’s main thoroughfare. HC3 will include 192 units of affordable housing co-located with a Federally-Qualified Health Center. As Krejci explains, the name “HC3” encapsulates the project goals. “We took our mantra — the three Cs — and added an ‘H’ for health.” MCO Aetna and CVS Health – are providing portions of the financing for HC3.

GCHP’s health and housing work was also recognized with a $2.5 million grant award from Enterprise Community Partners and Wells Fargo through the Housing Affordability Breakthrough Challenge.

While construction on The Pearl and HC3 has been delayed by COVID, both projects are slated to break ground by the end of 2021. Though that delay is frustrating, the pandemic nonetheless helps to underline the need, says Krejci.

“If we’d had these projects completed before COVID hit, there would have been a health center on-site where the residents could get tested and get information about how to stay safe through the pandemic, all disseminated by someone they trust. Obviously, that could have had a significant positive impact in those communities.”

For GCHP, the potential impact of the health/housing model extends beyond the residents of The Pearl and HC3 to potentially reshaping the financing options available for affordable housing across the Gulf Coast region.

“Of course, it’s great if we can get a one-off donation to help build a single project. But our focus is on scalability,” says Krejci. “We have worked hard to understand where the MCOs are coming from, and where there are mutually beneficial outcomes. As an example, instead of asking for a donation, we are soliciting low-cost, flexible debt that can offer the MCOs some return, even if it is a below-market return. Because their appropriate return on investment is the critical piece. If we can demonstrate that the MCOs can also save a certain amount of money per resident by ensuring that that person has safe, affordable housing, and lives next to a health clinic, and has access to a health care worker, we think that will make up for the difference in returns between the MCO choosing to lend the money to us at a below-market rate and a placing those funds in a more traditional investment. That’s where the scalability comes in. If we can establish this as a mutually beneficial model, we can secure another source of financing for affordable housing projects across the region that would not otherwise be financially feasible.”