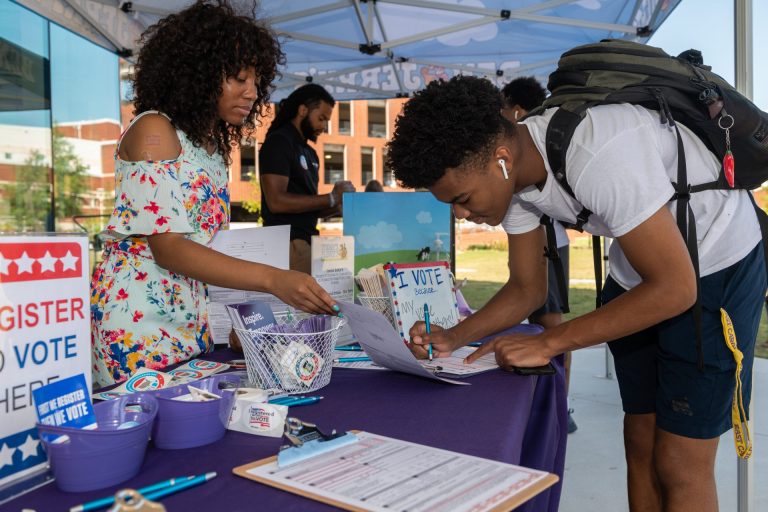 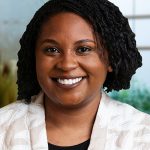 Grants announced to five organizations in face of efforts to suppress student vote.

The Kresge Foundation’s Education Program has announced a suite of grants totaling $1,025,000 to student-centered civic engagement initiatives. Young people are particularly concerned about policies relating to college affordability and student debt. These grant commitments affirm the program’s dedication to elevating the voice and priorities of college students and advocates across the country working to organize, educate, and develop civic engagement and voting resources for students, staff and faculty.

“Each of these organizations contribute to an important dimension of advocacy, policy, research and outreach in a time where we are seeing deliberate and systemic attacks on voting rights,” said Joselin Cisneros, an education fellow at Kresge and organizer of the suite of grants. “These barriers make it difficult for students to vote during both presidential and local elections, rolling back the progress many civic rights leaders and organizations have achieved with increased registration and voting by students.”

In state capitals across the country, voting rights are under attack via voter restriction laws and unnecessary registration hurdles. Advocates assert that these new alterations to voting laws directly threaten to suppress the vote of people of color, the elderly, people with disabilities and college students – all groups traditionally targeted by voter suppression.

Grants are being funded through a cross-foundation effort led by Kresge’s Education Program, in partnership with Kresge’s Arts and Culture and Detroit Programs.

The Education Program works to increase college access and success while reducing inequitable student outcomes in the U.S. and South Africa. The Detroit Program collaborates with cross-sectoral partners to promote and expand long-term, equitable opportunity in Kresge’s hometown by centering the priorities of its residents. The animating principle of Kresge’s Arts & Culture Program is equitable Creative Placemaking, which elevates arts, culture and community-engaged design as central elements of community development and planning.

The following are statements from grant recipients:

“Funding from, and partnership with, The Kresge Foundation helps us reach more than 3.8 million college and university students across the country, helping instill a mindset of civic engagement and activism,” said Robert M. Brandon, President and CEO of Fair Elections Center. “We work with faculty and campus officials to instill a culture of democratic participation, especially around voting, that will stay with students, even after they leave school.”

“Our team works to engage with the next generation of Texans, who are majority Latino, to see themselves as equal members of our democracy who deserve to have their voices heard,” said Gloria Gonzales-Dholakia, Executive Director at Jolt Initiative. “With its student-led learning around civic engagement, civil rights history, and Latino culture, Jolt is providing a way for students to be empowered, including by providing opportunities to register to vote.”

“The ALL IN Campus Democracy Challenge’s partnership with Kresge allows us to institutionalize nonpartisan civic engagement and voter participation on college campuses across the country. This funding will ensure that ALL IN is able to build on our successes and lean deeply into efforts to support the institutions and students who need us most – those at community colleges and minority-serving institutions, as well as closing voting gaps that persist based on age and race at other institutions,” said Dr. Jen Domagal-Goldman, Executive Director of the ALL IN Campus Democracy Challenge. “ALL IN is committed to increasing college student voter turnout, launching additional state and athletic conference voting challenges, and cementing nonpartisan electoral engagement as part of the college experience.”

“The Andrew Goodman Foundation exists to continue the legacies Andrew Goodman, James Earl Chaney, and Michael Schwerner through our programs, like our HBCU Cohort,” remarks Charles Imohiosen, President and Chief Executive Officer of The Andrew Goodman Foundation. “Support from The Kresge Foundation will enable us to continue the spirit of Freedom Summer by developing young leaders, especially at HBCUs, and offering them a civic and voter engagement platform and network to drive institutional change on their campuses and in their communities across the South.”

“This support will bolster work that includes the Institute for Democracy & Higher Education’s signature National Study of Learning, Voting, and Engagement, a one-of-a-kind project that serves as both a national indicator of student electoral participation trends as well as a catalyst for campus action,” said IDHE Director Nancy Thomas. “We are so thankful for the Kresge Foundation’s commitment to higher education’s role in an inclusive democracy. This grant will help us serve campuses nationwide as they work to improve their efforts around student political learning and participation.”