Welch: People of color are essential to saving our planet 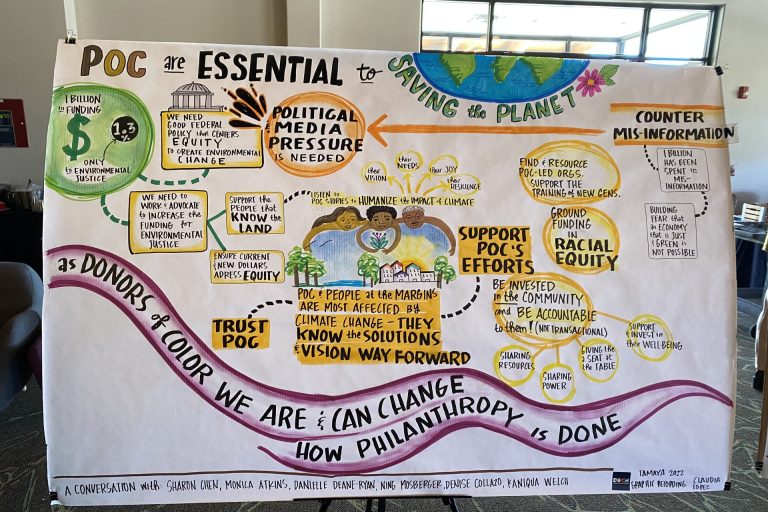 “Climate justice and environmental justice are ground zero for social justice. If we don’t save the planet, nothing else matters.”
~ Dr. Angela Davis 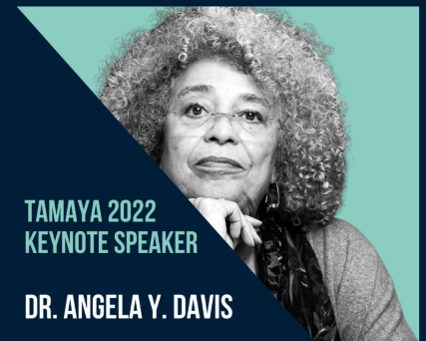 This quote from Dr. Angela Davis, a world-renowned activist, scholar, author and educator, set the tone for the Donors of Color Network’s (DOCN) 2022 Tamaya Retreat held in April. Davis served as one of several keynote speakers for the annual event hosted by the first-ever cross-racial community of donors of color and movement leaders committed to building the collective power of people of color to achieve racial equity.

For decades, Davis has been deeply involved in movements for social justice around the world, arguing for Black liberation and the rights of women, queer and transgender people. She has always emphasized the importance of investing in communities of color for economic, racial and gender justice.

Her advocacy for climate and environmental justice is just as strong.

I had the honor of attending the DOCN retreat to speak on behalf of The Kresge Foundations as one of the first major climate donors to sign the Climate Funders Justice Pledge. I joined a panel discussion on the critical role of Black, Indigenous and People of Color (BIPOC)-led organizations to the climate justice movement titled “People of Color are Essential to Saving Our Planet.”

The discussion was moderated by Sharon Chen, a founding member of the DOCN Climate Funders Justice Pledge (CFJP). Additional panelists included: Monica Atkins of the Climate Justice Alliance, Danielle Deane-Ryan of the Bezos Earth Fund, Ning Mosberger-Tang of the Innovo Foundation, and Denise Collazo of Faith in Action.

As all women of color, we agreed this is more than just work for us; achieving environmental and climate justice is personal. Our family members, friends and loved ones are the very people who live in the communities suffering the worst impacts of the climate crisis.

From massive residential floods in my hometown of Detroit to the most destructive wildfire season in California’s history, Black and Brown communities face the greatest risk of exposure to climate-related threats, yet they have the least amount of funding and access to resources needed to respond effectively.

Although these facts present challenges, there were no moments of pity or defeat shared during the conference. Instead, stories of resilience, hope and tangible climate wins were widespread by organizations driving solutions.

Nick Tilsen, president & CEO of NDN Collective, shared stories of how his organization is working – and winning – to inform systems-change solutions around climate resiliency, sustainable housing and equitable community development. Tilsen had one simple ask of philanthropy: “Trust us. Trust the people who are living in these conditions. Those closest to the struggle are closest to the solutions.”

Lola West, who sits on the DOCN Board of Directors, encouraged Tilsen and every attendee in the crowd to continue telling our personal stories as there is power in authentic, first-person narratives.

“Who wrote the stories that define who we are and what we’re capable of?” she asked the crowd. “We are the source of data in what we want to accomplish for ourselves. There is power in our stories to make sense of the world and change it.”

As my colleague Lois DeBacker, managing director of Kresge’s Environment Program, frequently says, environmental justice groups led by people of color are shutting down coal-fired power plants, getting the lead out of drinking water, advancing access to sustainable and healthy housing, and engaging in other actions to address a plethora of environmental injustices.

“Rooted in Black, Indigenous and people of color communities, environmental justice groups have a track record of wins, a deep bench of talent, and earned trust that enables them to mobilize the communities where they live and work. What too many BIPOC and environmental justice groups lack is money,” wrote DeBacker and Jacqueline Patterson, founder and executive director of the Chisholm Legacy Project, in a joint Inside Philanthropy article.

“Philanthropy plays a powerful role because money is needed for movement. But we need a radical shift in philanthropy to be reflective of the communities they claim to serve.”

Nikole Hannah-Jones, author of the 1619 Project and an investigative journalist known for her coverage of civil rights, also served as a keynote speaker during the DOCN retreat.

This year for Earth Day, and every day in between, Hannah-Jones urged attendees to use our voices to take action on climate change, to preserve and protect our planet, and bring awareness to the need to fund BIPOC-led organizations working to achieve environmental justice.

About the Climate Funders Justice Pledge
The Donors of Color Network launched the Climate Funders Justice Pledge in 2021 as a movement that centers racial and economic justice, challenging the nation’s largest climate funders to commit publicly to greater transparency and give at least 30% of their climate funding to the BIPOC-led groups who are the most successful in fighting the climate crisis – nationwide and specifically in communities hardest hit by climate change. In a bold commitment to environmental justice, Kresge was among the first donors to sign the pledge and has already surpassed the 30% threshold in its giving to minority-led groups. Learn more at climate.donorsofcolor.org.