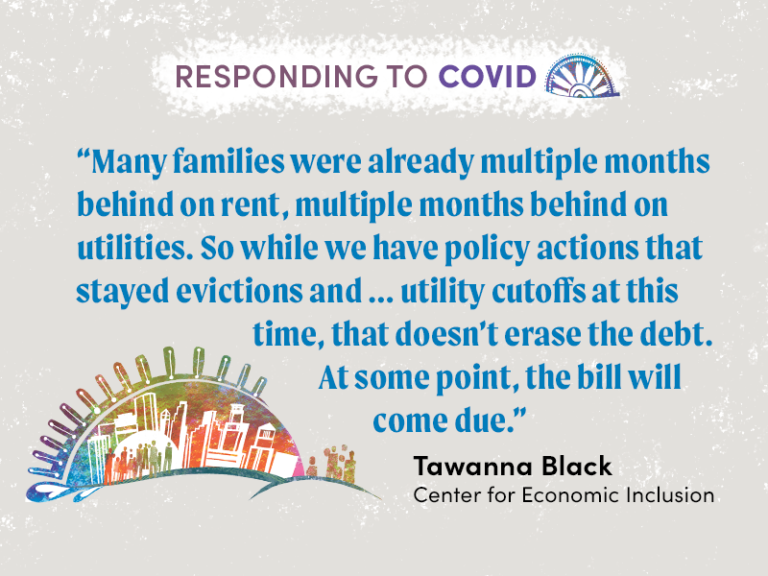 In a few short years, the Center for Economic Inclusion (CEI) made enviable progress in the greater Minneapolis community, educating corporations and civic leaders about race and class inequalities. Then came the double crises of the COVID-19 pandemic and the murder of George Floyd at the hands of Minneapolis police.

The Center and its CEO and founder, Tawanna Black, found themselves thrust into the heart of the debate.

To say Black and her team have been busier than ever during this period woefully understates the deluge of requests seeking her counsel. Even the nonprofits, foundations and businesses committed to making a difference are finding it difficult to navigate a period marked by pandemic illness and Black Lives Matter protests.

“Those organizations are hurting emotionally, physically, mentally,” Black says. “They’re traumatized themselves, and they’re being extra taxed because every foundation, every corporation, every nonprofit in town wants to know: What do we do?”

Fortunately, the Center has been expanding to meet the challenges. With a dozen staffers in mid-2020, Black says the Center should have 20 by the end of the year. That will help the Center fulfill its core mission to provide actionable steps that corporate and civic leaders can take to make a real difference in reducing inequalities.

Black has been advising community leaders to buy into specific initiatives like grocery, utility, housing and other supports for poor communities of color devastated by the pandemic. The need, she notes, started long before the coronavirus struck and will still be there once the pandemic passes.

“At some point, the bill will come due.”

As always, Black is urging civic and business leaders to follow up to see if their actions are meaningful — not just window dressing. She notes that worthy steps like distributing laptops to school children or setting up Wi-Fi hot spots in poor neighborhoods often do not by themselves solve the digital divide.

“If you’ve got multiple generations in one home or in a neighborhood where broadband is not at high levels, giving me a hot spot if there are seven of us that need to be on the internet in one house, next door to another place with seven people, it’s really not the most fruitful solution,” Black says.

In cases like that, she urges companies and investors to think of more realistic and appropriate options such as enhancing broadband infrastructure to cure such deficits, rather than just handing out tablets and laptops.

Black believes that erasing racial and economic inequalities will take multiple years to achieve. And while 2020’s twin crises have focused new and needed attention on the problem of inequality, all of the latest attention alone won’t solve the problem.

“People have allowed their pain to be seen visibly and have exercised their rights to reclaim power across the world in ways we haven’t seen before,” she says. “It does feel different. But people don’t give up power easily, so it’ll be interesting to watch.”

John Gallagher is a guest writer. Read more about the Center for Economic Inclusion in our upcoming report on equity, Inside Out & Outside In. Coming mid-September.