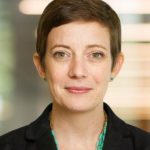 St. Petersburg College is only a 15-minute drive from Dionne’s home. Without a car, she must instead leave two hours before her first class and take two buses.  Dionne explains, “That’s four hours of my life every day that I’m not getting back.”

We released this funding opportunity precisely because Dionne’s situation is all too common. Transportation costs, as well as inadequate transit lines and schedules, limit access to campus and can impede student progress to graduation, according to DVP-PRAXIS’s 2018 brief Overcoming Transportation Barriers to Improve Postsecondary Success.

Other applicants promised scaled change through indirect means. With their plans to rigorously evaluate transit solutions and disseminate findings, Temple and FAU will influence policy and practice beyond their participating communities. Temple’s demonstration project is particularly notable, as it will provide the first impact evaluation of the most common form of student transit support—free or discounted passes.

For solutions that have big price tags (e.g., free passes and new transit services), FAU and Temple outlined efforts to generate commitment from transit, college and other public leaders to financially support the interventions, if proven  effective in increasing student success or public transit ridership. FAU, for example, proposed exploring college parking fees to generate revenue for new transit options and to shift students away from cars.

Ultimately, the cohort of grantees will help to ensure more students, like Dionne, have their transportation needs met and go on to earn the certificates or degrees critical to prosperity in 21st century.

To learn more about these grantees’ progress and results, please sign up for the Education Team newsletter here: https://kresge.org/subscribe.  Periodic updates will be released in 2020.