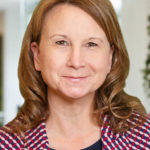 As protests for racial justice continue to surge across the nation, it is almost difficult to believe 100 years ago a group of women suffragists were the very first White House protestors.

“Shunned, imprisoned, beaten and tortured, the uneasy alliance of white, Black and brown, highly privileged and formerly enslaved women won passage of the 19th Amendment 100 years ago this month using tactics of protest and persuasion that activists still deploy.”

This excerpt is from a New York Times article featuring descendants of the suffrage movement who are continuing their ancestors work.

In honor of August as National Women’s Suffrage Month, our colleagues at The Kresge Foundation celebrate the many trailblazers who fought to secure the right to give women a voice in our democracy. However, we also recognize the 19th Amendment centennial as a reminder of the work that remains to achieve gender and racial equity.

On August 18, 1920, the 19th Amendment was ratified thanks to an alliance of activists representing all races, faiths and genders. However, August 26, 1920 – Women’s Equality Day – is the date the U.S. constitution officially adopted the 19th amendment.

Although this is a moment to celebrate, it is also a moment of recognition. The passage of the 19th Amendment has long been publicized as guaranteeing all women the right to vote in America. However, this is furthest from the truth. The 19th Amendment did not guarantee the vote to all women – particularly Black women and women of color.

In 1920, restrictive laws and voter suppression tactics in the southern U.S. – where 80% of Black people lived – prevented Black men and women from voting. Most Black women were forced to wait nearly five decades to exercise this right under the Voting Rights Act of 1965.

The same suppression tactics were used against Latina women. Indigenous women and many Asian American women lacked citizenship in 1920 and were largely excluded from voting before the Indian Citizenship Act of 1924. Although women of color played a key role in the suffrage movement, they were not only prohibited from voting, but largely left out of the narrative.

Even today, some states continue to erect barriers to voting.

To some people, this may feel unbelievable – that in 2020 people of color are still fighting for their right to vote. Sadly, it’s not unbelievable. In fact, it underscores the millions of Black and Brown people who are fighting to simply live in a country built on systems of structural racism.

Communities of color are seeing disproportionate deaths due to COVID-19. From health care inequities to disparities in our school districts, or the disparate impact of climate change on communities of color – nearly all American systems have a legacy of systemic racism.

And this must change.

We have centered equity as one of our organizational values with an explicit focus on racial equity across all Foundation programs and practice areas. Our Investment Office launched the 25% by ’25 initiative, a commitment to ensure that by 2025, 25% of the Foundation’s U.S. assets will be invested with firms owned by women and people of color. The team has also worked to revamp recruiting and hiring practices to ensure more diverse and inclusive candidate pools and is encouraging others in the philanthropy and finance sectors to do the same.

With significant support from the Finance team, the Foundation began to reevaluate vendor contracting and hiring practices. Analyzing past vendor contracts, Kresge conducted a survey of vendors of all sizes to learn more about workforce demographics and other inputs as well as their efforts to promote diversity, equity and inclusion. Plans are underway to gain greater internal insight and aggregate data to guide how to best implement new vendor processes.

In my newly appointed role as president of the Foundation Financial Officers Group (FFOG), a nonprofit organization of financial and investment officers of large private foundations, I’ve adopted a learning agenda to help the group – and our team at Kresge – probe what operationalizing diversity, equity and inclusion truly looks like.

Investing in women and leaders of color

We know this level of change will not happen overnight, but like the women who demanded justice for decades – and those who continue the fight today – we are committed to the movement for racial equity and fueling women and leaders of color to spearhead the effort.

And we have many groundbreaking, history-making women who are up for the challenge.

Kamala Harris became the first woman of color to accept the nomination for vice president from a major political party on August 19. Nancy Pelosi, who made history in 2007 when she was elected the first woman to serve as Speaker of the House, made history again in January 2019 when she regained her position for a third term, the first person to do so in more than 60 years.

Women currently hold 127 of the 535 seats in the U.S. Congress. Of those 127 seats, women of color hold 48 seats. Ninety women hold statewide elective executive offices, 16 of which are women of color.

These numbers show progress. They also show we have a lot of work to do.

Harris acknowledged the centennial milestone in her acceptance speech at the Democratic National Convention. “[W]e celebrate the women who fought for that right [to vote],” while noting, “so many of the Black women who helped secure that victory were still prohibited from voting, long after its ratification. But they were undeterred.”

Even during these dire times, we must also remain undeterred.

Having women and leaders of color in political positions – and truly having representation across all identities of race, sexual orientation, and socioeconomic status — effects the health of our country and serves as a model for the next generation of leaders. Kelly Dittmar, assistant professor of political science at Rutgers University–Camden, has been quoted as saying: “If the system is meant to be a representative democracy, then it should be representative of the many populations it serves.”

And it definitely includes women and leaders of color.

Amy B. Robinson is vice president, CFO and Chief Administrative Officer of The Kresge Foundation. Follow Kresge on Twitter @kresgefdn.