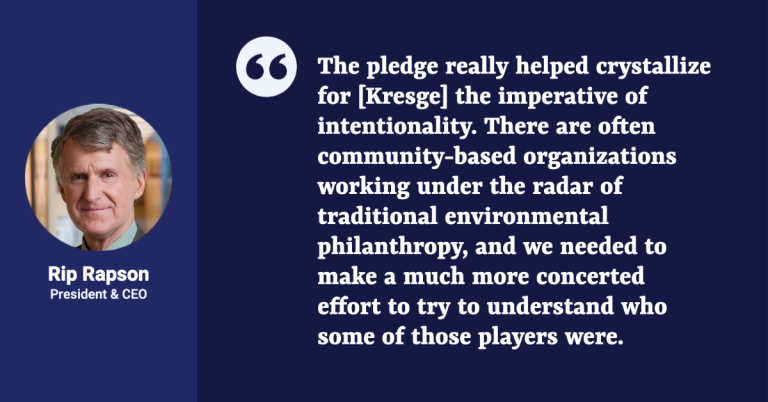 The Climate Funders Justice Pledge, which was launched in early 2021 by the Donors of Color Network, has helped shift $60 million in new funding to climate groups led by people of color.

Nearly two years since the launch, a new batch of funding from Kresge shows how the pledge continues to push committed funders to do even more. Over the past decade, Kresge has tripled its support to BIPOC-led environmental organizations, a testament to a commitment that predates the campaign. Yet that milestone is also, in part, a result of the pledge.

In this Inside Philanthropy article, learn about Kresge’s approach to supporting BIPOC-led environmental organizations and the need for more funders to support front-line movement groups.

Also, view a ranking of the nation’s top environmental grantmakers.

CMF panelists address how we should think about climate change, a fundamental challenge of our lifetime