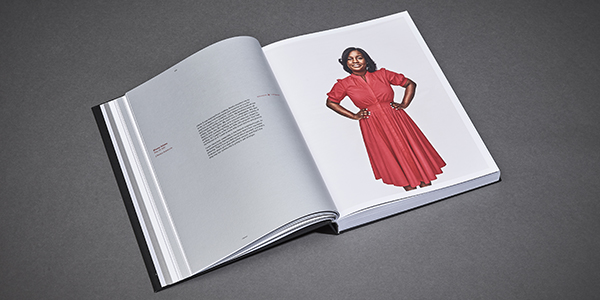 A multimedia project profiling 100 Detroiters through photography, the written word, DNA science and cartography culminates this week with the virtual launch of the book i.Detroit – A Human Atlas of an American City.

This is the third Human Atlas project led by British artist Marcus Lyon following award-winning interactive book and exhibition projects focusing on Brazil and Germany. Lyon’s Detroit project, funded by The Kresge Foundation and supported by the Charles H. Wright Museum of African American History, is his first in North America and the first to focus on a single city.

The project maps these 100 individuals through stunning portraits, app-based image-activated oral histories, and ancestral DNA analysis to build a detailed map of each subject’s generational migration to Detroit. The idea is a deeper understanding of each individual and the city as a conglomeration.

The Human Atlas project endeavors to hold a mirror up to society and encourage audiences to question their own roles and responsibilities to their communities, cities and fellow human beings, says Lyon.

“More than ever before – seemingly even more-so than when we embarked on this journey – grappling with the grand narrative of our past with all its connections, complications and even contradictions it is essential for us as a city, as a state, as a nation, to move forward. The i.Detroit project makes a timely and vital contribution to the narrative we need,” said Wendy Lewis Jackson, managing director of The Kresge Foundation’s Detroit Program. “We at The Kresge Foundation are excited to see how this multifaceted work of art can contribute to the drive for a just, equitable and inclusive Detroit.”

The Thursday, Oct. 15, virtual book launch event will be hosted by local TV news anchor Rhonda Walker from 11 a.m. to 12:30 p.m. ET. The launch will feature a Q&A with Lyon (joining from London) and a panel discussion featuring Shirley Stancato, a member of the Wayne State University Board of Governors, who led the curatorial committee; Kenyatta Berry, entrepreneur, professional genealogist, television host and author; Ken Coleman, historian and author; and educator and cultural producer Osvaldo “Ozzie” Rivera, one of the Detroiters featured in the book.

There is no fee to join the virtual event, but registration is required.

The research-based exploration of 100 exceptional individuals from the city followed a six-month process in which a diverse group of Detroiters nominated individuals from their own communities who represent the very best of service to society and are making significant contributions to Detroit, the region and beyond. The 100 subjects range from those famous beyond the city (founding member of the Four Tops Abdul Kareem “Duke” Fakir, poet jessica Care moore and U.S. Rep. Rashida Tlaib) to city influencers (such as board of education member Misha Stallworth; John George, founder of Blight Busters; and architect Tiffany Brown).

The project began with a chance meeting at a conference between Lyon and Mark Davidoff, CEO of The Fisher Group, now i.Detroit executive producer and chief executive officer, The Fisher Group. “As Marcus described his work with Human Atlases, my immediate reaction was Detroit would be ideal for his next project. Now, fast forward three years, and the results tell a host of remarkable stories of i.Detroiters who are ‘moving the needle’ in the city. Most importantly, Marcus ‘gets’ Detroit and its achievers. He is a genius who has left his handprint on the heart of the city.”

Jackson said that Kresge became an enthusiastic supporter of the project with its emphasis on involving  and honoring Detroiters. The Charles H. Wright Museum of African American History served as fiscal sponsor and local home for the project. 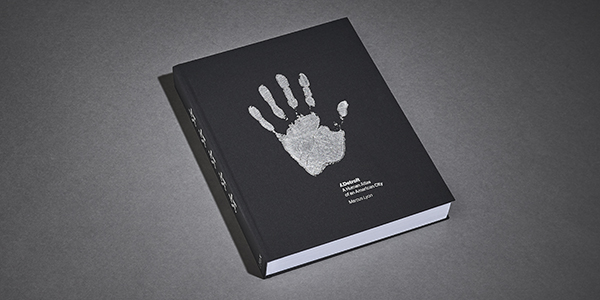 Following the selection process, Lyon and his team set up a studio in Detroit for six months to meet, interview and photograph the 100 i.Detroiters with a large-format field camera.

“The purpose of a Human Atlas is really simple,” Lyon said. “It is to inspire a new generation to
co-author their lives, not in the shadow of those who came before them, but in honor of them. Within the limitation of 100 Detroiters, we’ve tried to be as elegant as possible in reaching out and finding as many people who represent the city and the dynamic groups who are doing change here. With the i.Detroit project, we have the ability to explore leaders, unsung heroes and the change agents of this extraordinary City who are authoring dynamic and innovative ways of creating more hopeful futures.”