A train is leaving the station. That train is the new Detroit.

You’ll hear in just a moment the familiar, but no less extraordinary, story of how we overhauled that train’s engine – how Detroit’s bankruptcy was concluded consensually and in warp speed.

Philanthropy played a relatively small, but centrally important, role in all of this. Kevyn Orr told me it was a bit like having Switzerland at the table: a party with disproportionate influence on the outcome because of its neutrality – and, I suppose, because of its dollars.

Because when litigation was taken off the table, we could turn to the work of city-building – embracing the overarching challenges of redesigning city services and strengthening the essential building blocks of the city’s long-term health and vitality.

I want to lay out six of those building blocks – six boxcars on that train – that Kresge intends to invest in to help the train get up to full speed.

First, we will invest in large-scale conversion of blighted land into mixed-use, mixed-income, amenity-rich neighborhoods of opportunity.

We’re poised to move past a time when blighted buildings were insidiously consuming our landscape. This created an unforgiving lens through which the rest of the nation viewed us. We’re changing that script. We’re taking full advantage of the Detroit Future City plan to use our land as indispensable capital for the city’s rebirth. We’ve seen the suggestions of what that will look like in the Orleans Landing project along the riverfront, the residential and commercial components of the Red Wings Arena and the Rock Ventures investment in Brush Park.

There will be more – perhaps even more ambitious and potentially transformative.

Second, we will support a growing critical mass of smaller, edgier, innovative uses of underutilized land.

All of these efforts tapping into the commitment and capacity of residents to reclaim and reimagine their neighborhoods.

Third, we’ll lean into the creation of a seamless regional transit system.

The M-1 Rail project lies at its core. It will connect the districts of downtown, Midtown, New Center and the North End. It is already stimulating residential, commercial and industrial development all along its spine. And it will serve as the catalyst for the redesign of the Detroit bus system, the creation of bus rapid transit in surrounding counties and the enhancement of Amtrak regional commuter service.

Fourth, we’ll invest in the creation of an accountable, comprehensive and effective early childhood development system in Detroit. 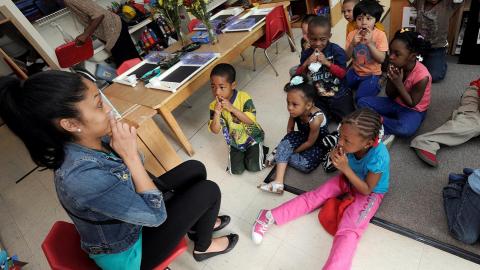 The city will, one way or another, reinvent its K-12 public education system – because it has to, and because too many people of intelligence and integrity are working hard to move us forward. As our community sorts through how best to do that, Kresge will help organize our partners in the nonprofit, public, philanthropic and private sectors to invest in the kind of facilities, systems and people necessary to ensure that kids enter kindergarten ready to learn – developmentally, emotionally, academically.

Fifth, we will seek to reinforce and amplify the burgeoning energies of Detroit’s small business and entrepreneurial community. 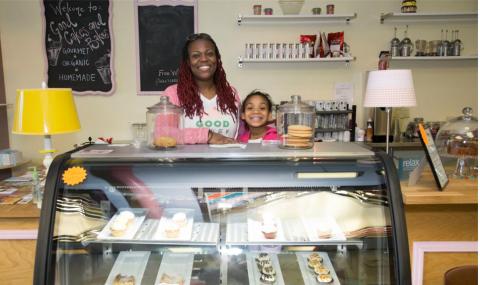 With huge boosts from Quicken and the New Economy Initiative, and more recently from Goldman Sachs and JP Morgan Chase, small businesses and entrepreneurs are diversifying Detroit’s economy, reweaving the fabric of the city. From tech firms downtown to restaurants in Midtown, from artist enclaves in Corktown to pop-up retail at Livernois and McNichols.

This activity reflects a vibrancy and sense of possibility that situates Detroit as a destination of choice for residents and newcomers alike – people who are hungry to launch and grow their own businesses and help claim a slice of the next generation Detroit economy.

Sixth, we will explore new financial instruments to help accelerate the return of viable residential and commercial lending markets in the city. 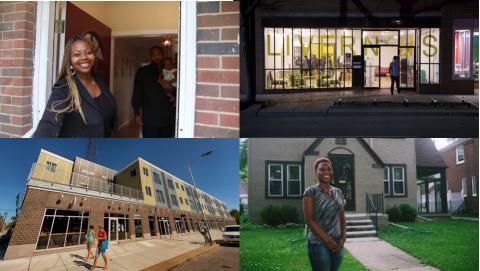 Dan Gilbert’s audaciousness downtown, the promise of M-1 along Woodward  and Sue Mosey’s tenacity in Midtown have all contributed to increases in demand and property values. These increases are chipping away at impossibly out-of-balance loan-to-value ratios that impede development. But it’s not happening fast enough.

We need to create more instruments like the $32 million Woodward Corridor Investment Fund that uses foundation dollars to peel away the first layer of risk to enable commercial lenders to participate in development deals.

We need to break out of the box and determine how mortgage programs like those being tested by Chase and Bank of America can enable more people to get into homes and improve them once they’re there.

And it’s not just a private-sector responsibility – the public and philanthropic sectors have a role to play as well.

In each of these six areas, we’ll need every part of Detroit society to step up and lead. We know how to do that. We’ve watched that behavior modeled by the Roger Penskes and Nancy Schlichtings, the Dan Gilberts and Faye Nelsons, the Carol Gosses and Matt Cullens, the Anne Parsons and Dennis Archers, the Al Taubmans of our community, together with countless others.

It’s a model in which leadership is distributed among all sectors of the community, not centralized in one; a model that is fast-moving and nimble, not mired in ossified preconceptions about how business needs to be done; a model that keeps in clear view the need to improve pathways of opportunity for low-income residents often left at the sidelines.

The panel we’ll now hear from reminds us of how miraculously fortunate we were to have these four world-class talents working in common purpose during one of Detroit’s darkest hours. They navigated us from a time that many viewed as the city’s death knell to a position of stability and coherence, equipped with the tools to reinvent and rebuild.

But we risk all of that unraveling unless we can fundamentally reset Detroit’s long-term trajectory: by embracing bold residential and commercial development that will expand our tax base and grow jobs, by converting land that’s a liability into land that’s an asset, by redesigning public services that citizens of the 21st century have come to expect and deserve, by ensuring a quality of life that attracts new residents and gives current residents a reason to stay.

We’re on track to do exactly that. If everyone in this room were to grab a piece of this agenda and get on that train, we could, together, help Detroit regain its rightful position as one of the world’s great cities. This is our moment, and the eyes of the nation are on us. Let’s seize it. Let’s get that train to top speed.

Thank you very much.