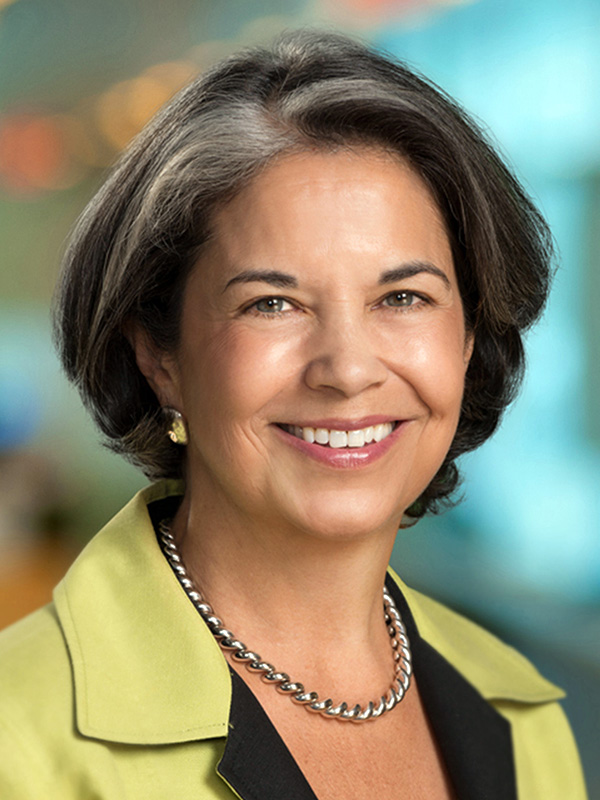 Maria Otero joined The Kresge Foundation Board of Trustees in 2013.

She served as U.S. Undersecretary of State for Civilian Security, Democracy and Human Rights under Secretary Hillary Clinton from 2009 to 2013. There she oversaw U.S. foreign relations on the global spectrum of civilian security issues, including population, refugees, human trafficking, narcotics, global criminal justice and countering violent extremism. She also served as President Barack Obama’s Special Representative for Tibetan Issues.

Born in La Paz, Bolivia, Otero was formerly president and chief executive officer of ACCION International, a leader in microfinance and economic development working in 26 countries. Prior to ACCION, where she worked for 23 years, Otero was the economist for Latin America at the Women in Development office of the U.S. Agency for International Development, and she served for five years at the Centre for Development and Population Activities. She was an adjunct professor at Johns Hopkins’ Nitze School for Advanced International Studies before joining the U.S. Department of State.

Otero has served on several nonprofit and corporate boards. She currently serves as a trustee for Herbalife, the Public Welfare Foundation, Development Alternatives, Inc., the Smithsonian National Portrait Gallery and Oxfam America.

In 2000, President William Clinton appointed Otero to the board of the United States Institute of Peace, where she served for eight years. In 2006 she was appointed by Secretary General Kofi Annan to the United Nations Advisors Group on Inclusive Financial Sectors. She is a member of the Council on Foreign Relations.

She earned bachelor’s and master’s degrees from the University of Maryland, a master’s degree in international relations from Johns Hopkins University, and an honorary Doctorate of Humane Letters from Dartmouth College.