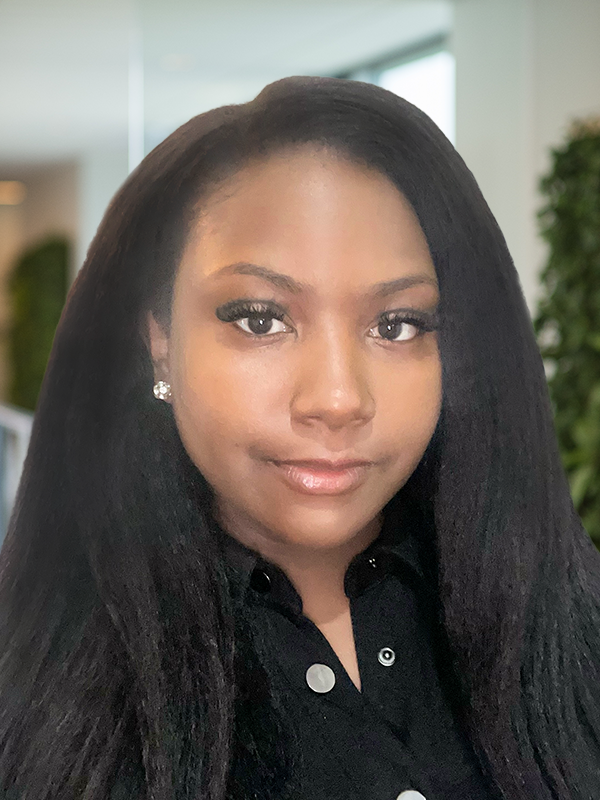 Adena Hill is a program officer with The Kresge Foundation’s Detroit Program. Adena supports the development and execution of housing, economic security and racial justice strategies and initiatives at Kresge. She joined the foundation in 2021.

Previously, Adena served as a program analyst and public private partnership specialist with the City of Detroit, where she implemented equitable land development strategies throughout Detroit, including in Cass Park, Lafayette Park, Eastern Market, East Riverfront and McDougall Hunt.

She also previously managed public-private partnership projects for the City of Atlanta, where she oversaw the funding and completion of mixed-use housing and other economic development programs. In addition, Adena worked at the Southeastern Council of Foundations, Atlanta Community Food Bank and the Legal Aid Foundation of Los Angeles.

A native Detroiter, Adena received a Bachelor of Arts in psychology from Spelman College, a Master of Social Work from the University of Southern California and a Juris Doctorate from Loyola Law School in Los Angeles.

Adena is an alumnus of New Leaders Council and Capital Impact Partners Equitable Development Initiative. Adena has served on various nonprofit boards and as a public policy committee member with the Council of Foundations, Independent Sector and United Philanthropy Forum. She has led numerous steering committees to address access and opportunity for marginalized populations.