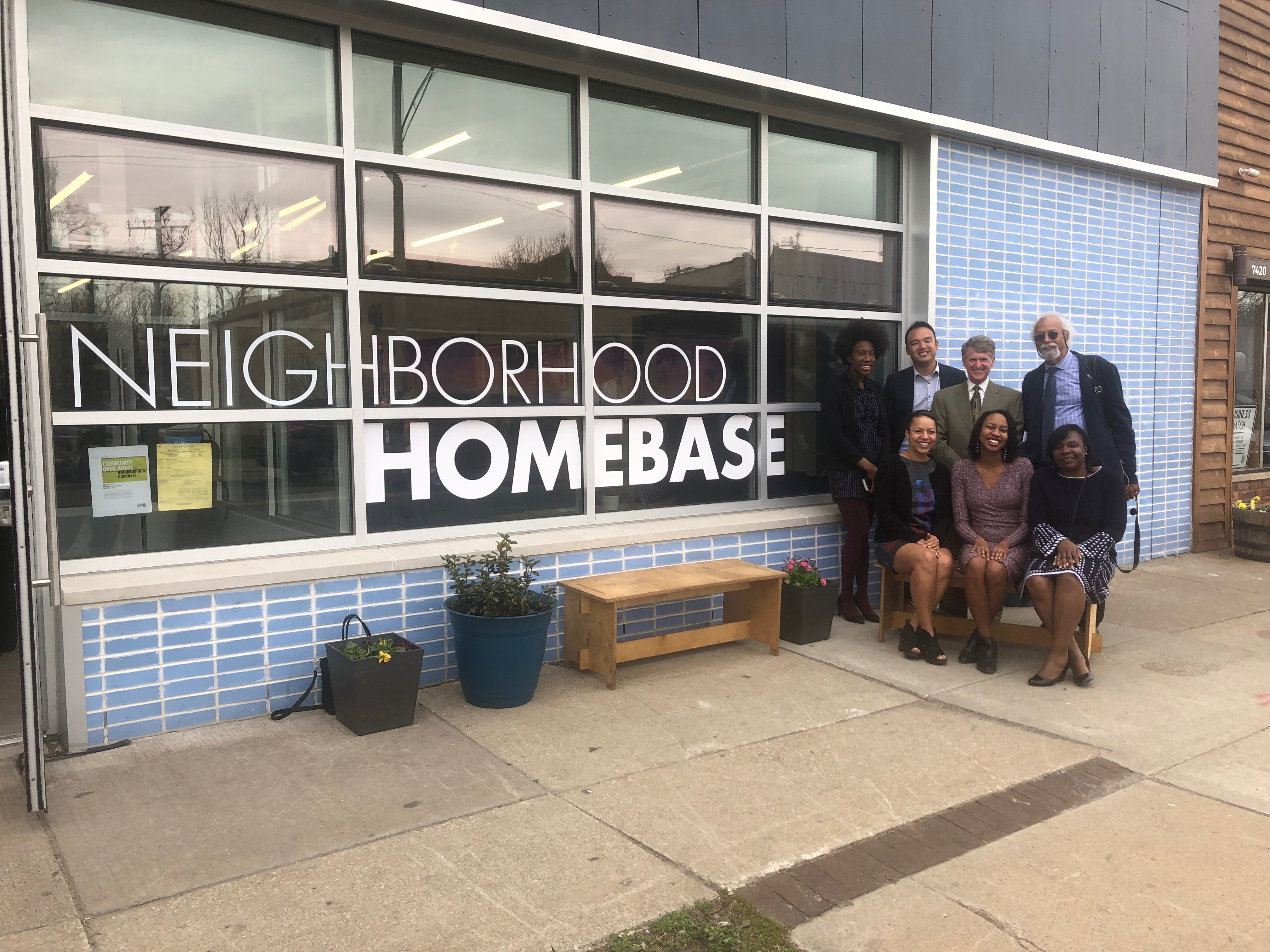 Government, civic and neighborhood leaders today announced the opening of Neighborhood HomeBase, a storefront community space in the Livernois-McNichols area which will provide residents with meeting and gathering spaces while connecting them with neighborhood organizations, nonprofits and city government.

Another community champion, Denise Kennedy from the Martin Park neighborhood, called it " a beautiful beacon of light representing hope and inclusion of the community."

The opening of Neighborhood HomeBase is a milestone in efforts in recent years – supported by Kresge, Detroit Mercy, other foundations and the city of Detroit – to engage residents and business owners in guiding revitalization of their neighborhoods surrounding the intersection of Livernois and McNichols in Northwest Detroit. Key to these efforts has been the Live6 Alliance, an economic development organization established in 2015 with continuing support from The Kresge Foundation and Detroit Mercy.

Since the inception of Live6, Kresge has granted it $2.8 million in support, including the design, renovation and furnishing of Neighborhood HomeBase.

Neighborhood HomeBase will be anchored by the offices of the Live6 Alliance and the Detroit Collaborative Design Center (DCDC), a unit of University of Detroit Mercy’s School of Architecture, which led the design of the new building in collaboration with residents and future tenants. 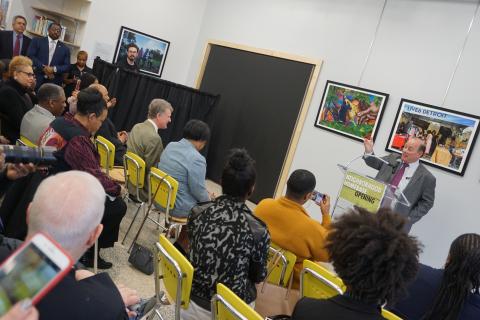 Neighborhood HomeBase will also serve as a place for residents and businessowners to connect with representatives of the City of Detroit Planning Department for updates on efforts such as the Livernois-McNichols streetscape improvements. However, no city representatives will have permanent offices in the building.

The building also offers flexible meeting space for local block clubs and neighborhood associations as well as has coworking desk space for entrepreneurs and nonprofits.

“There is no more important priority for the city of Detroit than to see an equitable recovery and revitalization that honors and elevates longtime Detroiters in the neighborhoods that have been their homes for years. Neighborhood HomeBase is a symbol for that vision and a space for the collaborative planning for making that vision a reality,” said Kresge’s Rapson. “It is imperative that residents impacted by decades of disinvestment in this area give shape to and benefit from the development to come.”

“Neighborhood HomeBase is a tangible example of the kind of changes taking place here at Livernois and McNichols and in the surrounding neighborhoods. This is one more point of progress much like the Avenue of Fashion on Livernois to the north, the anchoring University of Detroit Mercy to our immediate east, the new Fitzgerald Park a block to the south, and the Marygrove Conservancy campus to the west, where a new campus for cradle-to-career education is taking shape through Kresge’s partnership with the University of Michigan, Detroit Public School Community District, Starfish Family Services and Marygrove College.” 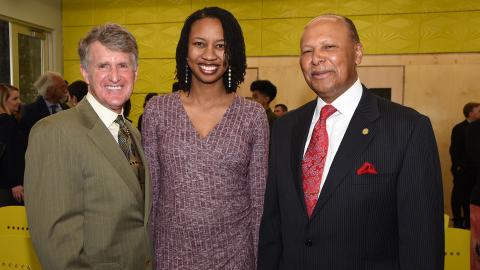 Montez Miller for The Kresge Foundation

“I am very pleased that HomeBase is a reality and available as another convening space for neighborhood residents, as well as current and prospective businesses. Live6 Alliance’s new home, along with its partners, will become the one-stop-shop we imagined for the further enhancement of this northwest neighborhood and commercial area,” said Detroit Mercy President Garibaldi.

“The opening of Neighborhood HomeBase is just another step forward in the revitalization of the Fitzgerald neighborhood. We’ve already opened Ella Fitzgerald Park on formerly vacant land, abandoned homes are being renovated and occupied, and now we’re filling the vacant storefronts,” said Mayor Mike Duggan. “We’re doing all of this in close partnership with the residents and our partners like Kresge, and we’re going to continue to expand on this work citywide.”

“The Live6 team and I are excited for Neighborhood Homebase to be a hub for our work. Its location on McNichols finally gives our organization a visible presence on the corridor at the heart of the work we and our partners are doing,” said King, executive director of Live6. “Our goal is for HomeBase to be a constant source of partnership, support and information for the residents and business owners we serve.”

Dan Pitera, executive director of DCDC, said, “The goal of the renovation is to celebrate and respect the heritage of the building and the neighboring area while moving dynamically into the future.” 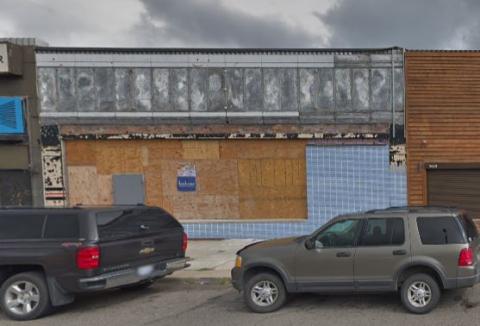 What is now Neighborhood HomeBase was last used as a tuxedo shop. It was empty for many years before its renovation.

Added Pitera, “In our minds, this renovation mirrors the way the surrounding community development should continue to celebrate the heritage and culture of the people and the place as we move into the future. The building renovation uncovered beautiful details designed and built by Detroiters of the past. The final design highlights them in creative ways."

“The opening of this spectacular building and other activities that we’re calling attention to here today are all important in themselves,” said Rapson. “But the real message is that these points of progress are mutually reinforcing. Last summer we celebrated the opening of Ella Fitzgerald Park on what had been vacant lots through the Reimagining the Civic Commons Initiative in which we partnered with The JPB Foundation, the John S. and James L. Knight Foundation,  and The Rockefeller Foundation.

“Today we open Neighborhood HomeBase in a once-abandoned building, and there is more to come. This how a Detroit neighborhood returns to robust life for its residents, this our path to a neighborhood where all residents have access to affordable, quality housing and economic prosperity,” Rapson added.