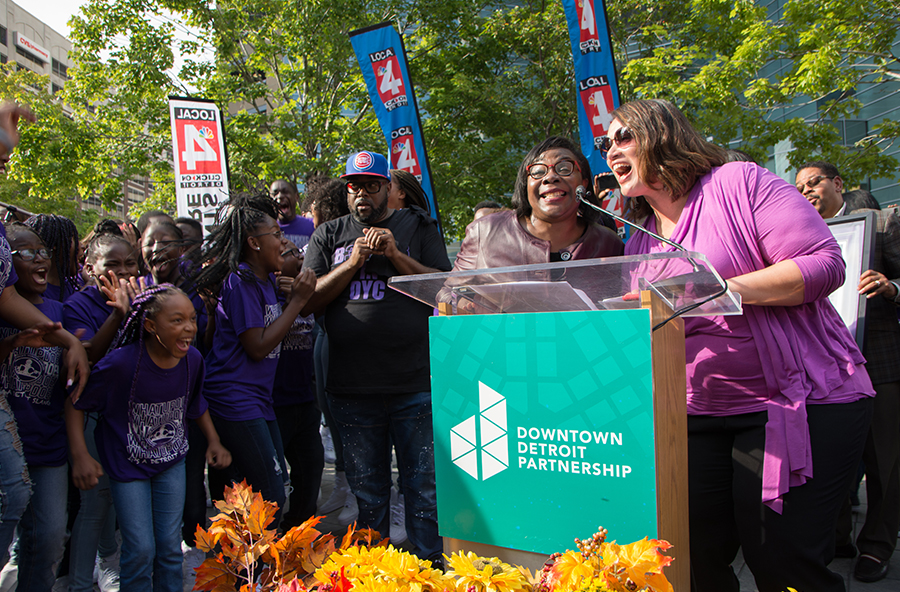 After a drum roll, Kresge's Wendy Lewis Jackson and Skillman's Tonya Allen shouted that the fund would be $1 million.

Today, a group of foundations active in Detroit and members of the business community announced a $1 million endowment to recognize the Detroit Youth Choir, following their tremendous accomplishment on NBC’s America’s Got Talent. 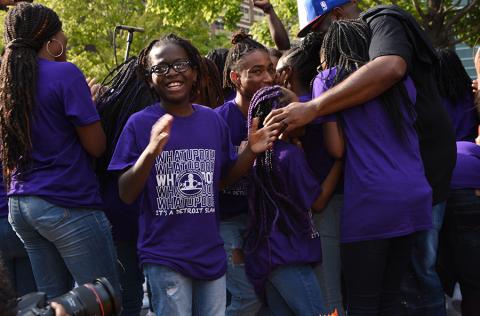 Choir director Anthony White all but disappeared into a cheering throng of choir members on hearing that a $1 million fund had been created to support their work.

“The Detroit Youth Choir brought our entire region together to support Detroit’s kids,” said Wendy Lewis Jackson, Kresge Foundation, Detroit Program managing director. “They represented the city with class and soul, and their success will continue to inspire children in Detroit for years to come. For that, we hope they feel profound pride.”

The fund, which will be established at the Community Foundation for Southeast Michigan, will provide support to the Detroit Youth Choir for years to come. As the endowment grows, grants will allow the organization to serve youth to further its purpose to provide positive youth development including training in vocal performance arts along with mentorship and building life and social skills.

“We are incredibly proud of what the Detroit Youth Choir achieved during their time on America’s Got Talent and we look forward to what’s next for them,” said Tonya Allen, president & CEO of The Skillman Foundation. “This fund is a way for Detroiters to celebrate and grow the genius of our children.” 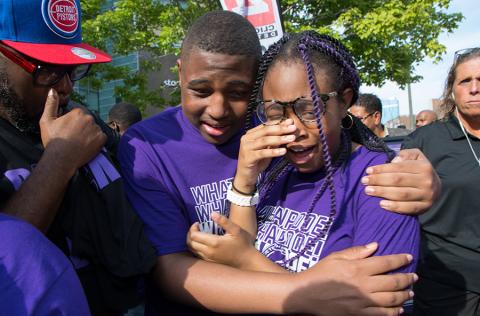 There were tears of joy as members of Detroit Youth Choir heard that a $1 million fund had been set up to support the organization.

“The Detroit Youth Choir has shown the world the tremendous impact it is having on the lives of young people in our city and this extraordinary financial commitment is the best recognition possible of that," said Mayor Mike Duggan. “Thanks to these generous funding partners, the Detroit Youth Choir and the rest of America can see just how Detroit shows its support for its young people."

Mayor Duggan presented the choir with the key to the city during a standing-room-only homecoming for the group in Campus Martius in the heart of downtown Detroit, during a ceremony which included a number of other testimonials to the group. Duggan invited to the stage Kresge's Jackson and Skillman's Allen, who made the suprise announcement. The 50-plus choir members and others on the stage explo cheering, hugs and tears of joy.

The endowment will be managed by the Community Foundation for Southeast Michigan. Foundations and businesses contributing to the Detroit Youth Choir endowment as of today include: