The following outlines The Kresge Foundation’s actions to stabilize and preserve Marygrove College and its campus, a historic educational anchor in the heart of an important northwest Detroit neighborhood. Kresge acted to stave off the college’s precipitous collapse and a raft of potential consequences.

Over the past two years, The Kresge Foundation invested $16 million to stabilize and preserve Marygrove College and its campus, as the college faced significant financial and operational challenges. Kresge grant and social investment funds have been deployed in a variety of ways since February 2016, including:

In February 2016, newly appointed Marygrove President Dr. Elizabeth Burns contacted Kresge President Rip Rapson to discuss a precarious situation unfolding at the college. Burns indicated that the college would be out of cash within weeks and was facing an anticipated $5 million shortfall for the calendar year - this despite an emergency loan made in May 2015 to the college from its founders, the Sisters, Servants of the Immaculate Heart of Mary (IHM), to avoid a similar liquidity crisis. 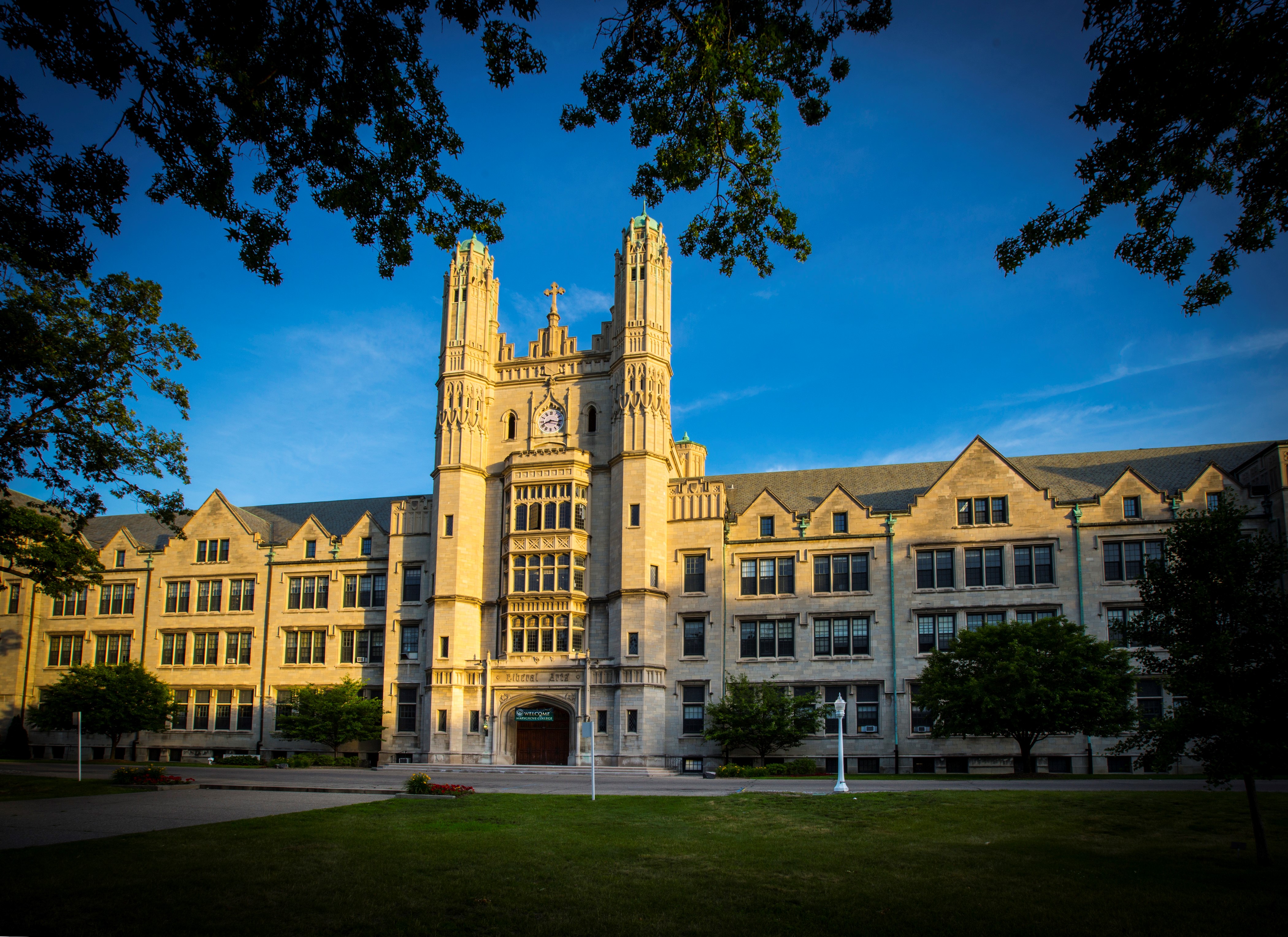 Marygrove College occupies 53 acres in northwest Detroit, serving as an anchor for the surrounding community.

Marygrove was not an outlier. Across the nation, the independent higher education sector was, and remains, in crisis mode. During the past decade, dozens of private liberal arts colleges have faced financial issues due to plummeting enrollment and weak endowments, causing them to close or pursue mergers.

“Our meeting made clear that Kresge had to respond, and rapidly,” says Rapson.

The importance of Marygrove to its immediate neighborhoods, city and region was obvious in several dimensions: 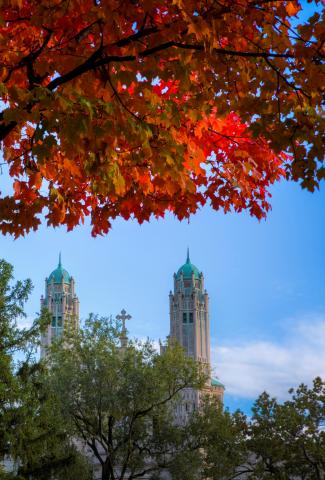 Marygrove College has occupied its wooded, parklike campus since 1927.

Driven by the college’s status as an educational and cultural anchor in the neighborhood, coupled with Kresge’s recent commitments and investments in the area, the foundation was deeply interested in helping Marygrove shape a course of protection and preservation. The prospect of the college closing and the campus going dark was deemed unacceptable. The damage to surrounding home values, small businesses and other anchors in the district would have been calamitous.

“At the precise moment when the community should have been gaining momentum, there was a real fear of being forced backward,” says Rapson.

Kresge responded to Dr. Burns’ request with an initial operational support grant of $575,000 to keep Marygrove solvent. That spring, a Kresge-led convening of other philanthropies led to additional grant commitments totaling nearly $500,000 from the W.K. Kellogg Foundation, the McGregor Fund and individual donors. Kresge also committed an additional $2 million to Marygrove for ongoing operational support.

“There was more at stake than a school, its academic mission and its tradition of community service,” says Rapson. “The collapse of Marygrove could have left the campus in private hands with no commitment to community betterment or engagement. Or worse, the college could have wound up under a cloud of litigation that would forestall progress for years. There was no other choice than to link arms with the college and systematically confront its challenges.”

Marygrove enlisted an auditor to analyze the college’s finances and assist Dr. Burns with the turnaround plan. The resulting report gave Marygrove a deeper understanding of its challenges. Beyond the cash-flow issues, the report helped Marygrove begin to address its debt obligations:

The college determined it was incapable of resolving any of these debts on its own and asked Kresge for funding and supports to resolve the following:

Meanwhile, ongoing operational expenses and payroll obligations were piling up, and Marygrove requested additional supports from Kresge. And, as the year went on, Marygrove’s situation became more dire as enrollment projections for the fall 2016 semester were substantially lower than projected. Beginning in fall 2016, Kresge made $5.68 million in grants to the college to cover those expenses. 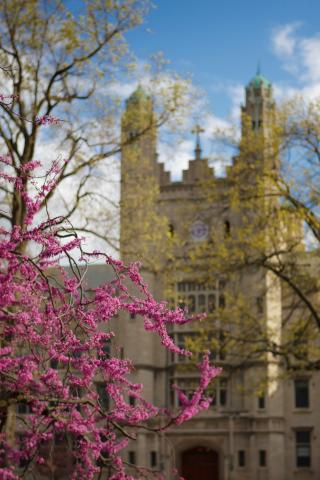 In February 2016, Marygrove was within weeks of running out of cash and faced a $5 million shortfall for the calendar year.

In spring 2017, Marygrove hired a consultant to conduct an operational audit and to evaluate its recovery plan. The firm specialized in providing consulting services to independent higher education institutions.

The operational report was presented to the Marygrove Board of Trustees on August 1, 2017. Based on a thorough analysis of academic program and student support costs, as well as enrollment and financial projections, the firm determined that there was not a sustainable path forward for Marygrove. The report recommended full closure of Marygrove or a drastic reduction in academic program offerings.

On August 9, 2017, Marygrove announced that its board had made the difficult decision to cease undergraduate programs after the fall 2017 semester; the college would concentrate on graduate education and graduate professional development certifications going forward.

Marygrove would use the fall semester to ensure that every student had an individual transition plan and that faculty and staff had the opportunity to meet with administrators. Marygrove would also use the fall semester to invite other colleges and universities to campus to meet with students and help them identify a fit that would enable them to continue their undergraduate education.

Kresge agreed to support the college in an orderly wind-down of the undergraduate program. Operating support for the college’s final undergraduate semester, and preparation for its transition, now included costs such as severance and health benefits for faculty and staff, campus maintenance and security, and numerous vendor obligations. At year’s end (2017), Kresge made a grant of $2 million to fund faculty and staff severance packages, a Student Transition Fund, and consulting support to help the college transition to a solely graduate-level institution.

“After supporting Marygrove’s good faith attempt to find a new path for its undergraduate program, we worked with the college to help faculty, staff and, particularly, students make their career or educational transitions,” says Rapson. “These have been wrenching changes for everyone. We’ve watched the entire college community making sacrifices, working together in common purpose, and otherwise trying to achieve the best possible outcomes under the most trying of circumstances.”

In February 2018, Marygrove introduced the $1.2 million Student Transition Fund, supported by Kresge, to help cover additional costs incurred by students as a result of transferring to another college or university. Roughly 180 former students will be eligible to apply for reimbursement of logistical expenses (transportation, one-time moving, room and board) as well as some academic expenses (tuition rate increases, additional classes required by new school, and others).

Today, Marygrove, with Kresge’s support, has satisfied or restructured its most pressing debts. Between February 2016 and February 2018, Kresge’s total commitments to help stabilize and transition the college total $16 million.

Marygrove is in the midst of further developing its online graduate education programs and is actively recruiting to boost enrollment and achieve sustainability. Currently, in its first semester as a graduate-only college, enrollment has climbed to 436 students pursing advanced degrees, professional development and certifications in several education specialties, as well as advanced degrees in social justice and human resource management.

The 53-acre campus is being transferred to a new body, the Marygrove Conservancy, chaired by Sister Jane Herb of the IHM. The conservancy will manage campus operations and steward the campus as a resource for high-quality uses in the community. Inaugural board members include neighborhood leaders such as University of Detroit Mercy President Antoine Garibaldi and Marygrove President Emeritus Glenda Price.

With the campus held by the conservancy, the college will be a tenant on a long-term lease at a cost of $1 per year. (The college previously was a tenant to the IHM Sisters during its first 70-plus years on the campus, then purchased the campus facilities in 2009, which were subsequently mortgaged to a lender.)

Next Steps: Positioning Marygrove for a New Future 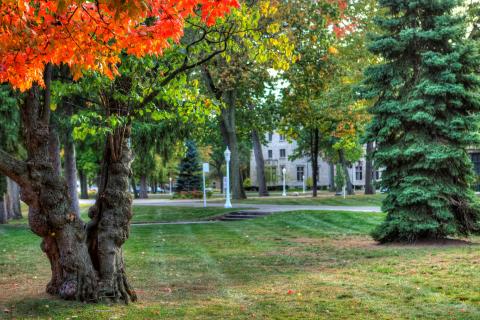 A new body, the Marygrove Conservancy, has been formed to manage campus operations and steward the site for the benefit of the community.

Kresge, Marygrove, the IHM Sisters and the conservancy are currently exploring the possibility of a consortium of educational institutions coming together to create a campus comprising a continuum of educational opportunities – from pre-school to K-12 to post-secondary to graduate. Examples of this kind of P-20 campus exist around the country, but are relatively few. These consortiums typically coordinate classroom education with wrap-around services and intensive community-based engagement and programming. A particularly powerful example of this approach is the Penn Alexander School in Philadelphia, Pennsylvania.

The Marygrove Conservancy, Kresge and other partners are developing a robust process to engage the surrounding community on the future development of the campus and enlist additional private, public and nonprofit partners.

“Revitalization on this campus must, and will, be accomplished with broad and deep engagement from community residents, civic organizations and businesses. Marygrove is part and parcel of the Live6 neighborhood – through its history, its ongoing renewal efforts and its aspirations for the future. Every dimension of community life will be shaped by the activities on the campus. We all have a stake in its success,” says Rapson.

About The Kresge Foundation

The Kresge Foundation is a $3.6 billion private, national foundation that works to expand opportunities in America’s cities through grantmaking and social investing in arts and culture, education, environment, health, human services, and community development in Detroit. In 2016, the Board of Trustees approved 474 grants totaling $141.5 million, and made 14 social investment commitments totaling $50.8 million. For more information, visit kresge.org.

Marygrove College is a Detroit-based independent, Catholic graduate institution, sponsored by the Sisters, Servants of the Immaculate Heart of Mary that educates students from diverse backgrounds, fosters values-based leadership, provides innovative graduate studies and professional development toward career enhancement and social responsibility, and serves as an institutional leader within the city of Detroit. Marygrove students, as citizen-leaders, will inspire transformative change in their workplaces, communities, and society through their intellectual rigor and professional excellence, creativity and imagination, active compassion for others, and lifelong commitment to a just, humane, and inclusive world. For more information, visit marygrove.edu.