“My father was a lorry (truck) driver, and brought home for us whichever texts he might find, or be given. We were a reading home, and a singing home … and we were poor.”

Brian O’Connell, former rector and vice chancellor at the University of the Western Cape (UWC), grew up as one of seven children in the Cape Town suburb of District Six. His family had very little money but his father was passionate about education, especially when it came to his son. 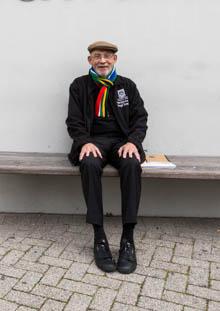 “Because of the poverty of the family, the girls were removed from school in grade 8. My sister still laments this,” O’Connell says. “If I’d been older, I would’ve said no. But my father, he said we must save everything we can for Brian to proceed. I hope I haven’t let him down.”

O’Connell inherited his father’s passion for learning. He became a Fulbright scholar, and earned two masters degrees from Columbia University. He then returned to South Africa and devoted the rest of his career to improving education in the Western Cape.

“You’ve Gotta Give Our Kids Self-Esteem”

As apartheid was coming to an end in South Africa, O’Connell spent time as the superintendent of education in the Western Cape Province. The majority of the thousand schools in the province were non-white and severely under-resourced. The schools’ principals and staff were stifled, suffering under an oppressive regime that gave them no power to make decisions about their own schools. O’Connell decided to change that.

“I said to the principals: The school must be your space and you and your team have to build that space. You’ve got to create great things in that space because we need our children to be children who are skeptical, who will challenge, should challenge, rather than simply handing over the history of the past.”

O’Connell made changes, barring provincial inspectors from visiting schools unless the principals invited them, and handing school funding directly to the schools themselves to spend as they saw fit.

Although these changes were short-lived due to conflicts within the provincial government, O’Connell saw things transforming. He saw principals, teachers, parents and students displaying pride in their schools – treating them as centerpieces in their communities.

When O’Connell later become the rector at UWC – an historically black university – and met Bill Moses of the Kresge Foundation, he knew what to ask for.

“You’ve gotta give our kids self-esteem, especially those who have had a life of being dominated,” says O’Connell. “If the black universities are going to go anywhere at all, you’ve got to restore their self-esteem. And the way to do that is to make sure that every black university has at least one area in which they are the best in Africa.”

“I wanted to build the largest Life Sciences building in all of Africa, if not in the world.”

This was O’Connell’s mission at UWC, and with the help of Kresge, Inyathelo, the South African government and other private overseas donors like Atlantic Philanthropies, he pursued this goal with an intense singularity of purpose.

Today the Life Sciences Building stands proudly on the UWC campus, along with several other brand-new buildings. It’s iconic: huge, modern, beautiful and filled with students. UWC has also become the number one university in Africa for physics.

O’Connell credits Kresge and Inyathelo not only with supporting UWC’s initiatives financially, but also with helping the university refine its approach to advancement.

“Inyathelo was valuable to us. Because they could help us with some of our thinking and give us an insight into the techniques of engaging with people for money. They gave us ways to write, what to write, also the publicity, how you deal with it, “O’Connell says. “Every year, Kresge came (to South Africa) and they invited universities to send people, especially the rectors, to come and talk about these things.”