Detroit Mayor Mike Duggan painted a bold vision for Detroit on Tuesday night in his State of the City address. He spoke of a city rebuilding its jobs base at an accelerating pace by working with employers from start-ups to industrial giants like FCA, Ford Motor and Flex-N-Gate; a city recommitted to seeing its residents employed, educated, housed and kept safe. 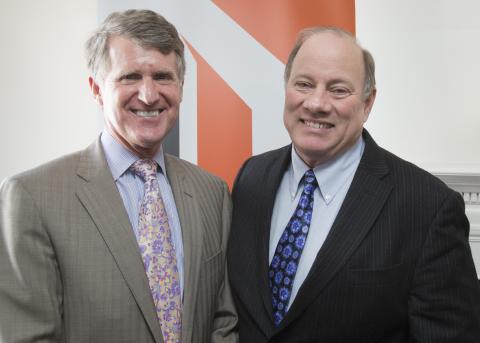 These are all melodies that are also in the Kresge songbook as it were.

For Kresge, the extension of the revitalization from downtown and Midtown to the breadth of the city’s neighborhoods continues to be the fundamental challenge.  It’s a challenge whose multiple facets can only be addressed by the combined efforts of residents, government, business, nonprofits and philanthropy acting in concert. And the mayor reminded us that together we are making progress and gaining traction beyond the key southern miles of the Woodward Corridor.

Having made the first $15 million pledge to the Mayor’s Strategic Neighborhood Fund, we marked as good news that it has now reached $85 million, all committed to 60 individual neighborhoods in 10 areas across the city. Having supported Motor City Match since its inception, we noted the mayor’s tally of 141 businesses opened, under construction or coming soon, 80 percent of them minority owned. There was good news from the Avenue of Fashion to Island View, Clark Park to Brush Park and more. There was good news on policies from bringing returning citizens into the workforce to fighting for lower auto insurance rates.

The mayor rightly cited the deep roots of deindustrialization in the post-World War II boom that saw the creation of new auto factories shift decisively outside the city limits. It is a legacy we are still, in many ways, fighting to overcome. And Mayor Duggan reinforced our belief that with verve and commitment, courage and tenacity, we can overcome that legacy indeed