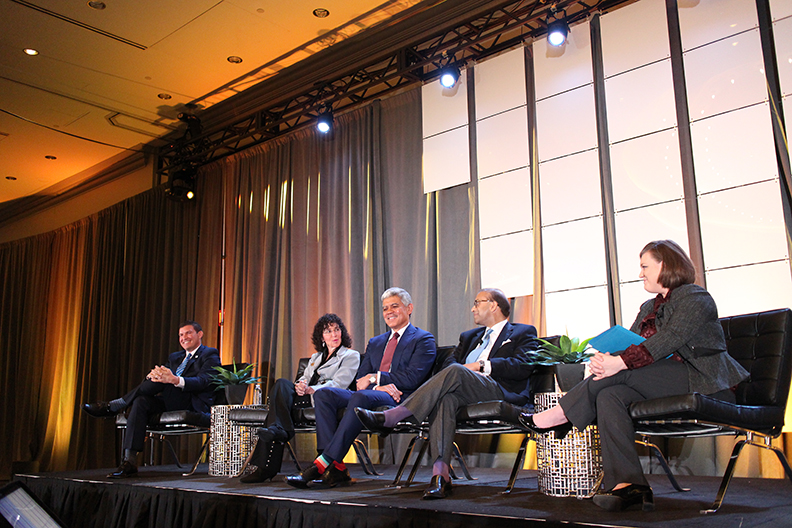 The Detroit Regional Chamber, in partnership with three Detroit-area higher education institutions – Henry Ford College, Oakland University and Wayne State University – announced a new debt forgiveness program for students who previously incurred debt at the institutions but did not earn a degree or certificate. The new program aims to help the 693,000 adults in the Detroit area who have earned some college credits continue and eventually complete their studies.

“One of the most effective ways to increase our region’s education attainment level is to remove barriers to those adults who already have some college credits to be able to complete their degree or certificate program, “said Sandy Baruah, president and CEO of the Detroit Regional Chamber.

Last year, The Kresge Foundation, in partnership with Lumina Foundation, designated Detroit as a ‘Talent Hub,’ alongside 23 other cities nationwide. Cities earned the ‘Talent Hub’ designation by creating environments that attract, retain and cultivate talent, particularly among students of color, students who are the first in their families to go to college, or students from low-income households.

This new debt forgiveness program fits into the Chamber’s Detroit Drives Degrees initiative designed to improve the talent pipeline in the Detroit region and promote greater economic mobility and inclusive prosperity. The initiative’s strategic plan aims to increase postsecondary attainment to 60% by 2030.

“Improving postsecondary attainment rates can have a transformative effect in our region and throughout our state,” said Caroline Altman Smith, deputy director of Kresge’s education program. “This debt forgiveness program will remove one of the most significant hurdles to completion and make it clear to adults in the Detroit region that there is a pathway for them to head back to college to finish what they started.”

The Detroit Talent Hub is a collaboration between the Chamber and several Detroit-area colleges to reengage students who earned college credits but left before earning a degree. Kresge’s support for Talent Hubs comes from its national Education Program, which includes a focus on aligning and strengthening urban higher education ecosystems to help more students from low-income households, under-represented students and students of color gain access to and succeed in higher education.