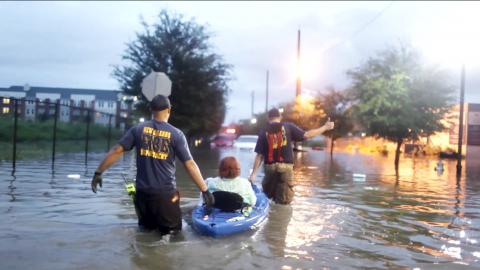 The Trump administration proposed today a new rule that would make significant changes to the National Environmental Policy Act (NEPA), including excluding consideration of climate change in infrastructure planning.

If the administration moves forward with this new rule, federal agencies would no longer have to take the impacts of climate change into account when assessing the environmental impacts of highway, pipeline, and other major infrastructure projects, according to The New York Times.

Under the rule, projects could move swiftly through the approval process without having to consider – or disclose – the implications for greenhouse gas emissions or other forms of pollution. It also would allow infrastructure projects to be built without consideration of stronger storms, sea-level rise, and other impacts of climate change, making them obsolete from day-one and deepening the vulnerability of communities across the country.

Restricting NEPA would undoubtedly threaten our ability to limit and prepare for the impacts of climate change, says The Center for American Progress. The organization outlines exactly what is at stake if this decision moves forward, including not simply the effects on clean air, clean water, and wildlife, but also the undermining of neighborhood residents’ ability to promote environmental resilience where they live and work. 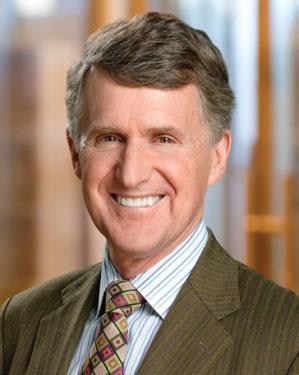 “Never in its 50-year-old existence has this benchmark environmental law been so fundamentally compromised. To take this action now, when our country – to say nothing of all members of the global community – is at the razor’s edge of irreversible catastrophe from the accelerating and worsening climate crisis, is brazen, unconscionable, and irresponsible. It is a decision that not only compromises the nation’s environment, but impairs the nation’s health and disproportionately threatens our most vulnerable communities.

“It is a tragic reality that the term ‘climate change’ is no longer adequate to describe the challenges we confront. We now need to speak in the vocabulary of ‘climate crisis.’ The climate disasters that have become all too common in our country over the last decade will only become more frequent, more severe, and more disruptive to our social and economic fabric.

“The Trump administration’s hollowing out of NEPA ignores the fundamental reality that the nature of climate change risk, the capacity for response, and the arc of recovery are different in every American community. It simply isn’t possible to pursue infrastructure planning at all levels of society – federal, state, and local – without factoring in just how climate change affects the basic calculus of community life.

“The change is all the more invidious because of its differential impact on the health and stability of our most vulnerable communities – those living in poverty, communities of color, the elderly, and others. We have to preserve and strengthen, not dismantle and eviscerate, the tools at our disposal that permit these and other climate-vulnerable communities to both adapt to the impacts of climate change that we cannot prevent and prevent those aspects still within our control to avoid. But that is exactly what the Trump administration’s actions today would do. It falls to those of us privileged with a platform to speak out to do that and to use our voices in unison to fight such a misguided, myopic, and injurious policy decision.

“Since this country’s inception, every facet of community life has been shaped by pervasive, enduring, corrosive, and invidious structural and institutional impediments to racial equity and racial justice. Kresge commits to examining in all ways and at every opportunity how our foundation’s work can repair, heal, and renew communities – and promote equity and justice. To do anything less than opposing in the most forceful terms possible the Trump administration’s proposed changes to NEPA would violate this commitment and our most basic organizational values.” ​

Kresge is among a growing number of philanthropies working to accelerate the transition to clean energy, to slow emissions of climate pollution, and to reduce the severity of climate change impacts. Our Environment program supports organizations and movements committed to incorporating climate change into decisions about infrastructure investments, land use, building codes, public health, and other urban planning issues. It places a particular emphasis on helping urban leaders understand the equity implications of proposed investments, policies, and actions, ensuring that they improve opportunities for all community members, particularly those with low incomes and those who have been historically underserved.