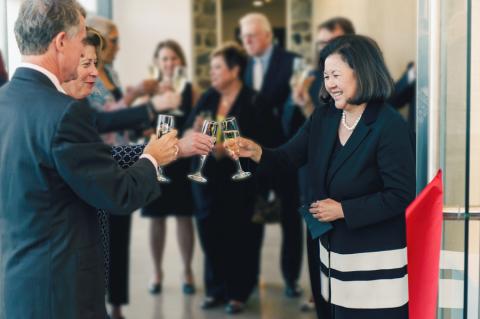 Irene Hirano Inouye, whose distinguished career included serving as the founding president of the U.S.-Japan Council and as chair of The Kresge Foundation Board of Trustees, died Tuesday at the age of 71. Kresge Foundation President and CEO Rip Rapson and Board Chair Elaine Rosen issued the following joint statement:

Irene was a phenomenal addition to the Kresge Board of Trustees when she joined us in 2001, bringing us a vast reservoir of knowledge, insight, kindness, decency, and commitment. Irene served, enriched, and left a mark on this institution just as she has done for more than fifty years for a great many institutions across the country.

When she became a Kresge trustee, Irene had chaired the California Commission on the Status of Women and worked ardently to end what she called the invisibility of Asian American Women. She had organized the Asian Women’s Network in Los Angeles and served as its first president. She was the director and president of the Japanese American National Museum when that institution opened its doors in 1992 as the first museum to rightfully place the experiences of Americans of Japanese ancestry in the tapestry of the United States. With Irene at its helm for 20 years, the museum became a nexus for research and community education, bringing to the fore issues that ranged from Japanese internment during World War II to the community’s ongoing struggles for full civil rights. In 1994, President Bill Clinton appointed her to the President’s Committee on Arts and Humanity, asking the committee, which also included producer Quincy Jones and “M. Butterfly” playwright David Henry Hwang, to focus on the role of arts in bridging cultural divides. 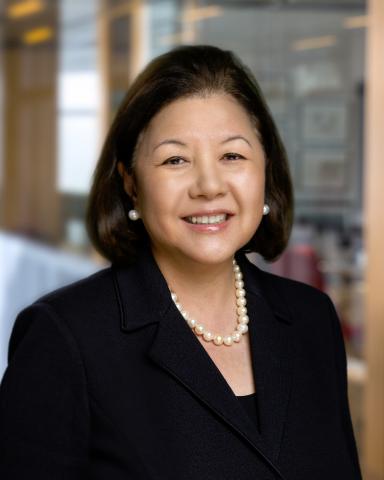 As a member of the Kresge board for the next 16 years, including her service as chair from 2004 to 2006, Irene was the epitome of grace, intelligence, compassion, and fairness. When Rip arrived in 2006 as the foundation’ new president, Irene played a key role in the transition. She was instrumental in helping the Foundation pivot from an institution focused largely on bettering the world through bricks and mortar capital grants to the more strategic framework of using a wide variety of tools to expand opportunity in America’s cities. Irene helped move the Board toward governance through consensus, even when the issues were as complex as support for Detroit’s revitalization or setting strategic priorities as Kresge’s new program structure took shape.

Nowhere was her hand more important than as one of the largely unacknowledged architects of the 2014 Grand Bargain, which  brought Detroit out of the largest municipal bankruptcy in American history. At that time, Irene also served as chair of the Ford Foundation Board. Her shuttle diplomacy between Ford and Kresge helped both organizations find their way to make the lead gifts –  $125 million and $100 million respectively – that sprung open the treasuries of our philanthropic partners in ultimately raising a $380 million dollar fund, which in turn leveraged another $400 million from the State of Michigan and the Detroit Institute of Arts. Her work helped protect the pensions of Detroit city workers and preserve the collection of the DIA from being sold. Irene’s hand was central to ending a bankruptcy process that, in all probability, would have left the city mired in litigation for years, forestalling the hard work of revitalization.

There is much more to say about Irene’s contributions to society. At the time of her death, she was president of the United States-Japan Council, which seeks strengthened ties between the two countries through peer exchanges and educational events. She had held that post for more than a decade.

She served as the chair of the board for the American Museum Association and the National Trust for Historic Preservation. She received the American Alliance of Museums’ distinguished service award, recognizing more than three decades of dedicated service to the museum community.  A Distinguished Chair in her name was established in 2017 by the University of Southern California’s Price School of Public Policy for her efforts to fortify the philanthropic community of Southern California. Other organizations that acknowledged her profound contributions with awards included the Anti-Defamation League, the League of Women Voters, the National Education Association, the University of Southern California Alumni Association, the Liberty Hill Foundation, the Arab American National Museum, the Asian American Federation, the Asian Justice Center, and the Leadership Education for Asian Pacifics.

For those who knew Irene, were touched by her, the loss will not be easy or quick to process. She was a civic treasure. God speed, Irene.