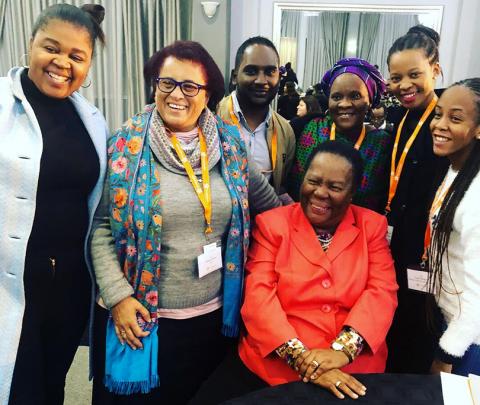 South Africa’s Minister of Higher Education and Training Naledi Pandor spoke at the Siyaphumelela Conference this week, imploring the country’s university leaders to increase efforts to improve student success as a national imperative.

Pandor, who was seated as minister within the last few weeks but is a long-time leader in South Africa’s African National Congress political party, stressed the important role the nation’s universities have in building a more successful country. She also cautioned that too many South African students are not reaching their ultimate goal of graduation, saying universities must do better.

“Our higher education institutions should be assisting us in responding to the intractable challenges in South Africa today,” she said Tuesday at The Wanderers Club in Johannesburg. “And I’m not sure they are doing that.”

South Africa has a 12.1 percent attainment rate, according to the national Community Survey released in 2016.

Pandor also spoke to student funding issues, noting that students with higher levels of government-backed funding have higher success rates. “Student success is a priority of this administration,” Pandor said. “We need models of funding that fully support their needs.”

Pandor expressed hope that the Siyaphumelela initiative will create deep impact and a desire to see the use of data analytics spread to more universities across the country. “I’m looking forward to seeing the improved student success rates that will come as a result of this initiative,” Pandor said. “I hope that as we see more students succeed, we will see South Africa succeed.” 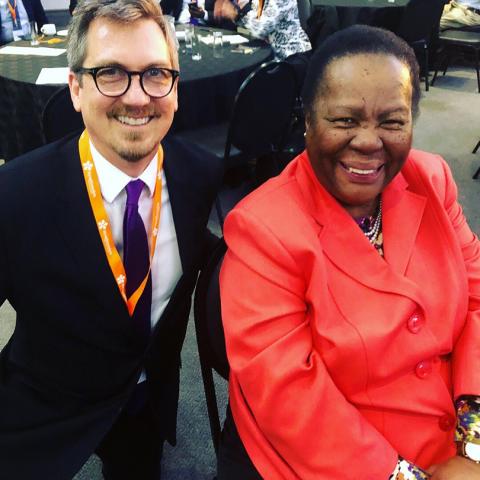 Dr. Sara Goldrick-Rab, a professor from Temple University and leader of the Hope Center for College, Community and Justice, which studies the impact of basic needs insecurity on postsecondary student success and is Kresge grantee, also spoke at the conference on Tuesday.

“Meeting basic needs like food and housing is the precondition for doing anything else,” said Goldrick-Rab, whose research through the Hope Center found that two-thirds of U.S. college students surveyed in 2017 reported dealing with food or housing insecurity. “For cognitive functioning, we simply need our brains to be running properly.”

“There is no magic bullet, no one app, no one consultant or program,” said Kresge Education Program Managing Director Bill Moses in his welcome address at the conference. “Student success needs to be an approach and not a priority, but the priority.

Kresge’s Education Program has funded South African higher education work for more than 10 years. It represents Kresge’s only funding outside of the United States.