“I suppose I’m one of those people who doesn’t really know what they want to be when they grow up,” says Shelagh Gastrow, founder and former executive director at Inyathelo.

She may say so, but there is no doubt that Gastrow has had a tremendous impact where she ended up – improving on the way South African universities and nonprofits raise money. 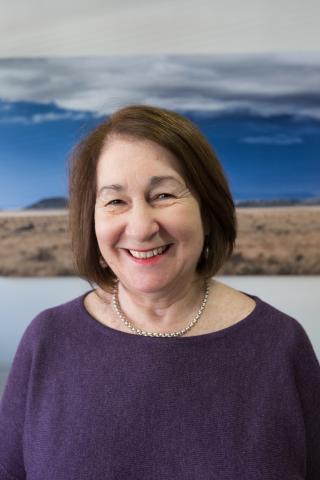 For many years before that, Gastrow worked to publish an influential book called Who’s Who in South African Politics, covering the entire political spectrum but especially black leaders working underground or in exile during the anti-apartheid struggle. After apartheid ended, Gastrow leveraged her networks in politics and civil society to work on strengthening advancement capacity among South African universities and NGOs.

The Evolution of Advancement in South Africa

“In 1998, the vice chancellor at the University of Cape Town contacted me and said, ‘I’m setting up a development office – would you like to be part of the team?’” Gastrow chuckles. “I didn’t even know what [development] meant.”

Gastrow eventually learned that development meant fundraising, and she found that she was good at it. In 1998 the University of Cape Town (UCT) undertook a massive capital campaign to transform its campus, and the university had received a $1.5 million Kresge challenge grant for the project. From there, Gastrow’s long-term partnership with Kresge began.

The UCT development team started to standardize its fundraising practices. The university met the Kresge challenge goal, and the capital campaign was a big success. But Gastrow felt there must be an easier way to raise money.

“We had built up a team and systems and business processes for effective fundraising. But at the end of that campaign there were a whole lot of people who fell off the train, who were exhausted, tired, and cross,” Gastrow says.

“I asked myself the question: Is there not an easier way to do things than chasing money? And I started to develop a kind of theory around what institutions and organizations need to do to attract money. So instead of chasing and fundraising, people are coming to you and saying, ‘We love what you’re doing.’”

Gastrow began to realize raising money is about more than applying for grants and writing proposals.

“It’s not rocket science, it’s just simple, just turning something on its head, basically,” Gastrow explains. “Without certain things in place, you can fundraise your head off, and the money’s not going to come in. I asked myself what are these things.” Her answers led her to the brand-new concept of advancement.

“So your fundraising tools come at the end because through your voice, your visibility, your relationship-building, etc., you create an external stakeholder base, and those are the people who will come to you and say, ‘Interesting what you do…What can I do to contribute?’”

A Partnership With Kresge Leads to the Birth of Inyathelo

In 2002, Gastrow and a colleague from UCT took what they’d learned and started Inyathelo, a non-profit focused on expanding philanthropy and advancement capacity in South Africa. “We developed a lot of materials and theories. Our first funder when it came to programs was the Carnegie Corporation in New York – training the universities they fund in South Africa.”

Inyathelo’s relationship with Kresge began to flourish soon afterward, as the Kresge board saw the benefits of supporting advancement in South Africa.

“(Kresge) made a grant in late 2005 for five years of support beginning in 2006. And it was a competitive grant to get onto the program, and there was a lot of funding for the universities,” says Gastrow. A cohort of four South African universities were part of the initial grant. “We developed a system of challenge grants, and if they met certain benchmarks (that they set for themselves), they would get an additional amount. As the operational grant was reduced over five years, so the challenge grant ramped up.

“I must say, it was an amazing success,” Gastrow says of the Kresge grant program. “It forced Inyathelo to really deepen its offerings and think through things in much more detail. It brought a cohort of universities together, and it professionalized advancement in the country.” At the end of those five years, Kresge doubled down and renewed the advancement program for an additional five years, expanding the pool of universities in the process.

Gastrow sees the professionalization of advancement as the biggest accomplishment of the Inyathelo-Kresge partnership. “(The partnership) enabled organizations to take (advancement) even further into a certified course with Rhodes University Business School. People now get a proper qualification in advancement. And the knock-on effect in civil society was quite amazing because lots of organizations adapted the theory (of advancement). There are many organizations today in this country who are viable, thanks to that.

“The ripple effects of the program were huge.”