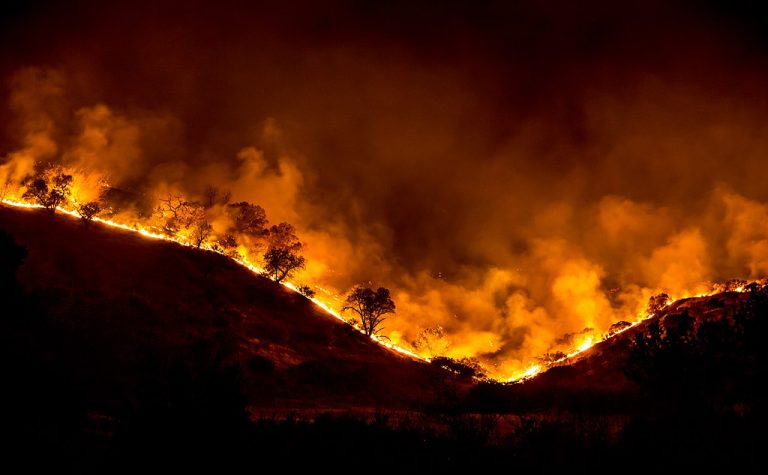 For all of us who have been digesting with horror this summer’s media accounts of devastating fires in the Northwest, flooding in Germany, China, and the Midwest, and heat domes and megadroughts in the western United States, we might not think we need yet another reminder of the catastrophic consequences of climate change in every corner of the globe.

But the report released Monday by the Intergovernmental Panel on Climate Change (IPCC), the first part of its Sixth Assessment of the physical science of climate change, underscores why we do. The United Nations Secretary-General António Guterres described the report as a “code red for humanity.”

The complete Assessment, which the IPPC has been producing every five-to-six years since 1990, will consist of three parts:

The just-released first part is dedicated to the physical science basis for concluding that the climate is changing. The second part will be dedicated to the impacts of climate change, adaptations to it, and the vulnerability of people, ecosystems, agriculture, cities, and other aspects of civilization to those impacts and adaptations. The third will examine the economics of climate change and the methods by which it can be mitigated. A synthesis report, to be issued in September of 2022, will pull all three parts together.

Following five years of data assessment and writings contained in some 14,000 scientific papers on climate change, the report is the product of debate, writings and reviews undertaken by 234 scientists from 60 countries. The report’s first draft generated almost 25,000 review comments from experts, every one of which received an individual response; the second gave rise to 50,000 additional comments.

The report, like its predecessors, is intended to provide findings capable of informing policy while still being explicitly designed to be neutral in what actions should be taken.

In its first assessment, issued in 1990, the IPCC concluded: “emissions resulting from human activities are substantially increasing the concentrations of [greenhouse gases] . . . resulting on average in an additional warming of the Earth’s surface.”

In the last assessment of 2013, the IPCC tightened up its findings. The National Aeronautics and Space Administration summarized the four key findings as follows:

The new report released Monday is exponentially more pointed, urgent and dire. It states that it is now not possible to stop global warming from intensifying over the next 30 years – we are essentially locked into an additional 1.5 degrees Celsius rise in the earth’s temperature over that period. The best we can do is to take aim at a narrow window of opportunity in which dramatic mitigation measures would enable the world to avoid climate change’s most cataclysmic effects.

Five key points stood out among the report’s findings:

1. Heightened Data Precision. Because the last report was issued some eight years ago, the data science of this report is exponentially more crystalline and unequivocal in its conclusions – that the rate of increase of world carbon emissions is higher than at any time in the last 2,000 years . . . that climate change is caused by human behavior . . . that the 1.5 Celsius increase over the next 30 years is now highly likely to be unavoidable . . . . and that the only way to avoid an even greater, catastrophic increase will be to stop adding carbon dioxide to the air by 2050, coupled with vigorous efforts to remove existing carbon dioxide.

2. Attribution. The report states for the first time in the IPCC’s existence that adverse weather events can be linked to changes in climate – a link that climate scientists have been disinclined to make until recently.

3. Compounding. The report documents that the manifestations of climate change are not isolated, but are instead interrelated and compounding. Heat compounds drought compounds geologic instability compounds the severity of rain events when they occur.

4. Regional Variation. The report also breaks with past reports by detailing how global warming will differ by regions of the world. Whereas past reports kept their analysis at the level of macro global changes, this report zeroes in on the distinct ways that climate change is affecting different parts of the world. The IPCC provides a new planning tool in the form of an interactive atlas that shows just how different countries will be affected as temperatures rise.

5. Hurry. The report is adamant that the window of preventing a harrowing, unlivable set of scenarios is closing even more quickly than we previously believed. It is paramount that the world uphold its commitment to limit warming to well below 2 degrees Celsius, and it is clear that dramatically greater urgency must be brought to the work of eliminating carbon emissions.

In simple terms, the Biden Administration’s approach of seeking a 50% reduction in greenhouse gasses by 2030 from 2005 levels suggests three overarching paths forward:

2. Investment. Heightening investments in all aspects of wind, solar, hydrogen, and other alternative technologies . . . in electric vehicle infrastructure . . . in carbon-capture and nature-based/ecosystem techniques . . . and in other next-generation approaches to the mitigation of carbon emissions.

3. Justice. Ensuring that racial justice stands at the center of a climate change agenda, recognizing that targeted intentionality is necessary to ensure that climate change efforts do not exacerbate inequitable, disparate impacts of climate on low-income communities and populations and do afford those communities the ability to help conceptualize, design, and implement climate mitigation and adaption policies and practices.

Although not contained in this report, recent data from the Denmark Meteorological Institute illustrates the urgency of the climate crisis and the potential devastating effects we face if we do not take action: the amount of Greenland ice that melted in one day last month is enough to cover the entire state of Florida in two inches of water.

Scary. Our intensifying internal conversations about climate change efforts specifically could not be more timely.

Resilience for all: Building health equity infrastructure for climate-driven disasters