White-Newsome: Racism has made water hazardous to our health, but climate leaders are hopeful the Biden-Harris administration will bring change 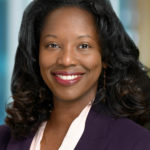 After five years with Kresge, Jalonne White-Newsome will transition to her next career journey effective January 29. Read more about her reflections to continue the fight for water equity.

This week, many of my fellow environmental warriors are celebrating the peaceful transfer of power as President Joe Biden and Vice President Kamala Harris were sworn into office.

As a Black woman, I am rejoicing at the glass ceilings being broken by Madame Vice President Harris as the first Black, first Indian American and first female vice president!

As a researcher on climate change, health and equity, I am especially hopeful for the future of our planet as the Biden Administration will bring in the largest team of climate change experts ever assembled in the White House, rolling back some of the Trump administration’s most harmful environmental decisions and laying the groundwork to protect our air and water.

While we celebrate this moment, we continue to face multiple crises in our country – two in the form of racism and the COVID-19 pandemic. However, we have been facing pandemics for centuries, and some are specifically due to a lack of water quality and water infrastructure.

In addition to my role as a senior program officer with The Kresge Foundation’s Environment Program, I teach a Masters of Public Health Course at The George Washington University in Washington, D.C. Several of the lessons I often discuss with my students and peers are related to the proliferation of waterborne disease and the impacts of climate-driven flooding in communities across the U.S.

A history of water discrimination

In the 1830s, New York City was hit hard by cholera, a bacterial disease usually spread through contaminated water causing an infection of the intestines. The poorest neighborhoods, including the slum known as Five Points where African Americans and immigrant Irish Catholics were the majority, were hit hardest. While modern sewage and water treatment have helped eradicate cholera in some countries, the problem was not just the lack of infrastructure: it was the presence of racism.

Historical documents and commentary from civic leaders stated, the epidemic “is almost exclusively confined to the lower classes of intemperate dissolute & filthy people huddled together like swine in their polluted habitations” and “those sickened must be cured or die off, & being chiefly of the very scum of the city, the quicker [their] dispatch the sooner the malady will cease.”

These racist, dehumanizing words from almost 200 years ago still ring true today, resonating with the narratives in our society that we often hear regarding the coronavirus and the discrimination that plagues every system in our country. This same deeply rooted racism can still be seen today in our water systems in predominantly Black and Brown communities.

While the majority of our water infrastructure in the United States was installed over three major timeframes, starting in the early 1900s, the early 1970s is when landmark policies like the Clean Water Act and the Safe Drinking Water Act were enacted to provide access to clean, safe drinking water, as well as managing storm water and the treatment of wastewater.

Protecting those most vulnerable

These regulations and the enforcement thereof that started almost 50 years ago have definitely had a positive impact on water quality. However, they have not been able to fully counter the sociopolitical environment, girded in institutional and structural racism, that fails to protect climate vulnerable, low income and communities of color, including those living on Native Lands.

During this same period, homeownership became a reality for many White middle-class families, and redlining increased patterns of residential segregation for Black people, enabling municipalities to deprive majority-Black neighborhoods of access more easily to essential services, including water and sewer.

This racism over time has made water hazardous to our health, destructive to our homes, and disruptive to our lives. This is a far cry from what our Indigenous brothers and sisters – the original stewards of this earth – spoke as truth: that water is life, and more importantly, a human right we all deserve.

The tangled, interconnected history of water access, water infrastructure and water policy in this country has been complicated, and the fractures and brokenness of the system have been amplified by racism.

And yet, we remain resilient

Despite the challenges many inner-city neighborhoods face – from lead and polybutylene in pipes, to flooded homes, environmental injustice, sea-level rise and legacy pollution – the waves Kresge grantee partners are making to fight for environmental justice and water equity through the Climate Resilient and Equitable Water Systems (CREWS) initiative can serve as a model for the country.

The CREWS participants have:

The amazing group of leaders that make up the CREWS initiative include water utility leaders, municipal practitioners, economists, environmental justice researchers and community-based, environmental conservationists. I’d like to highlight just a few, although there are too many great feats to recognize.

Foundational collaborations have been ignited by the US Water Alliance’s Water Equity Tables and Climate Resilience Bootcamp, which have brought water utility leaders, social justice leaders, local foundations, and municipalities together to create and operationalize roadmaps to achieve water equity.

We’ve witnessed collaborations between scientists of the American Geophysical Union, lawyers and the over 90 community leaders involved in a powerful network of flood survivors through a network called Higher Ground.

The collaboration between the Chesapeake Bay Foundation, Quantified Ventures (an investment broker) and the city of Hampton, VA recently finalized an Environmental Impact Bond that will support $12M of investment in GSI to address urban flooding.

The Southeast Michigan Resilience Fund, a funding opportunity supported by private industry, agencies of the federal government and multiple foundations, is working to increase biodiversity and the creation of GSI to manage flooding in Detroit and other cities across several counties in Southeast Michigan.

Eco Action, a community-based organization working throughout the state of Georgia, supports a diverse set of partners to create the Atlanta Watershed Learning Network, which has trained leaders on the effects of the different forms of racism, white supremacy and how certain communities are disproportionately impacted.

The Water Equity and Climate Resilience Caucus, led by Policy Link and the Gulf Coast Center for Law and Policy has been influential in strengthening federal policy, educating water leaders and other key decisionmakers at all levels of government on climate resilience, workforce needs and response and recovery. Each policy platform being pushed was created and championed by people of color led organizations.

Healthy Schools Coalition’s Space to Grow program, creating green school-yards in low-income communities which are less likely to have parks, playgrounds or green space, and mitigate the effects of climate change in neighborhoods that repeatedly flood.

Beyond our community organizations, we have so much exciting leadership by municipal leaders that are integrating racial equity and justice in their operations, particularly the leadership of the Green Infrastructure Leadership Exchange, Southeast Sustainability Directors Network, and progressive utilities like Seattle, San Francisco, Atlanta and New Jersey.

Collaboration with ‘unusual partners’ is always more powerful, more protective and extends the possibilities, particularly as we all work to address critical water issues.

“My crush on water”

As a little girl growing up in Detroit, I took a lot of things for granted: having access to the Great Lakes, turning on my tap to get clean water, no flooding in the streets after a hard rain. My crush on water started with an elementary school science fair project.

It shifted as I pursued chemical engineering with a minor in environmental journalism, working in the industry and becoming responsible for managing wastewater and stormwater at various facilities across the US. It was then that I realized the impact wastewater and stormwater could have on communities and the importance of a good Storm Water Pollution Prevention Plan, as well as engaging surrounding communities on the vital importance of water equity.

Even though I understood the importance of clean water and had earned a master’s degree in environmental engineering, the water crisis didn’t really hit home until it impacted my family.

In early 2019, there was major flooding across metro-Detroit. During three rainstorms, over five feet of water came into my parents’ home, through the basement drains and basement windows, which led to severe loss of irreplaceable items, appliances, furniture and more importantly the use of their home, forcing temporary displacement.  And more recently, five days before Christmas in 2020, their home flooded again due to a major water main break.

The combination of no infrastructure and barriers, lack of accountability by our municipal leaders, and an unmaintained CSO system has not only resulted in the loss of major personal possessions, but it also impacted my parents’ respiratory and mental health.  My hope is that 2021 will bring justice, restoration and proper adaptation for my parents’ neighborhood and others across the city of Detroit and this country that continue to suffer from repeated disasters as a result of a broken physical and institutional infrastructure.

As you can see, water equity is very personal for me. It is no longer tolerable to be ‘bystanders’ to injustice and the unfortunate reality that Black and Brown families have been experiencing for decades. Instead, we must continue to maintain a strong, unwavering focus on racial equity and justice.

Continuing the fight for water equity

After five years with the Foundation, I will take my Kresge hat off and transition from the Foundation for the next journey in my career effective January 29. I will remain steadfast in the race for not only clean water, but justice, equity and fair treatment for the Black, Brown and low-income families across the country who have suffered just as much as my parents have.

Between COVID-19, our economy, a lack of leadership at many levels and climate change, we are all sometimes ready to throw in the towel.

But we can’t. I think about some of our partners working in New Orleans, particularly in the Gulf Coast, who have been hit by hurricanes, COVID-19 and flooding at the same time. I think about our partners at Milwaukee Water Commons, that while fighting for water and equitable COVID-19 testing, they also responded and provided support to NGOs that were trying to navigate the tense, racial environment following the murder of George Floyd.

As a public health person, I think about the resilience of our health care workers and utility partners that have been forced to be super-human, providing critical services to save lives. I also think of the moratoriums on water-shutoffs so people could wash their hands, disinfect their homes and hopefully, save even more lives.

I often say that Black, Brown and Indigenous people in this country have always been resilient…because they had to be. But just because they are resilient, it doesn’t mean that we cannot begin to create systems, institutions and structures that are more resilient to ensure all people can live the quality and quantity of life they deserve.

As we enter 2021, we can’t forget what 2020 has taught us. We must use those lessons to fortify a vision that is grounded in collaboration, racial equity and resilience to achieve healthier, more prosperous and just communities. And we must remember that collaboration, racial equity and resilience are essential to transforming our country’s water infrastructure system.