“Music was all around me. I heard music and grew up in it. I was designed to be a musician. I can see no other way.” With these words, master jazz trumpeter Marcus Belgrave reflects on how his lifelong immersion in and dedication to music has orchestrated each and every measure of his 73 years. Music, he says, instilled good values during his youth, opened doors of opportunity during his adult years, and shaped the legacy he leaves to the music world and the city of Detroit.

Belgrave is distinguished by his own virtuosity as a performer and recording artist and by his unwavering efforts to advance music education and excellence in Metropolitan Detroit. In recognition of his many achievements, The Kresge Foundation recently named Belgrave the 2009 Kresge Eminent Artist. The award includes a $50,000 prize, which is intended to encourage the recipient’s pursuit of his chosen art form and continued engagement with the community.

“Sometimes I thought my work was going unrecognized,” Belgrave remarks. “But this award shows me that what I’ve been doing has been appreciated.”

The foundation, through its Kresge Arts in Detroit initiative, annually supports the Kresge Eminent Artist Award, Kresge Artist Fellowships, and Kresge Arts Support grants. The Eminent Artist Award honors one exceptional Detroit artist in the visual, performing, or literary arts each year for his or her professional achievements, cultural contributions, and commitment to the local arts community. It is administered by the College for Creative Studies.

Kresge President Rip Rapson characterizes Marcus Belgrave as an outstanding contributor to America’s rich jazz heritage. “Marcus has inspired our city, our nation, and our world through his music,” Rapson says. “It is only fitting that we recognize his talent and dedication by presenting him with this year’s Kresge Eminent Artist Award.” 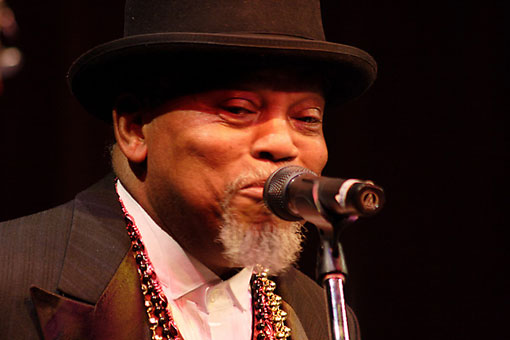 Audiences across America and around the globe have seen Belgrave perform on stage or listened to his recordings. His eclectic style spans several generations – from bebop accented with avant-garde, which is captured in the original songs he wrote for his 1974 Gemini album, to the traditional sounds of Louis Armstrong, which are showcased in his 1999 In the Tradition album.

As a jazz ambassador, Belgrave has carried the sounds of American jazz to Latin America, Europe, Asia, Africa, and the Middle East. In 1997 he traveled with five other Michigan jazz masters to Egypt, Ivory Coast, Senegal, Syria, Tunisia, and Turkey as part of a six-nation cultural exchange sponsored by the U.S. Agency for International Development, a government agency providing economic and humanitarian assistance worldwide. “The people had already heard the jazz music before, so they were elated to see us in person,” he remembers. “Through the exchange, I gained a lot of knowledge about sound and rhythm from them.”

From 2000 to 2007, Belgrave took an eight-member ensemble to 50 cities across America, performing Tribute to Louis Armstrong, a musical observance of the legendary trumpeter’s 100th birthday. “The response was tremendous,” he says. “Most people thought they were seeing and hearing Louis Armstrong again.” 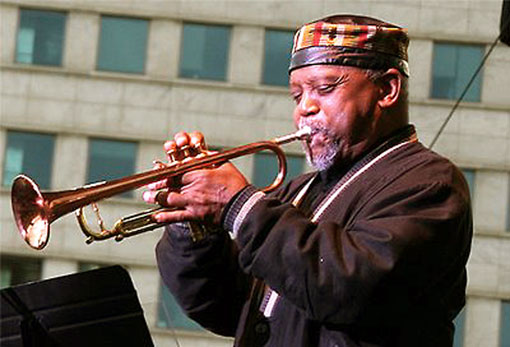 Nowhere has Belgrave’s influence been stronger and more long-lasting than in Detroit. “I think I helped to re-establish the cause of music in the city and to continue the quality of music Detroit has had in the past,” he explains. “In the late 1950s, music became segmented, but Motown took the jazz musicians who remained and molded them into an entirely different industry in the 1960s. I kept the grassroots aspect of music together by working with youths in the schools and helped to rebuild Detroit’s music culture.”

“Marcus has a lot of genius,” says Preservation Hall tenor saxophonist Charlie Gabriel, a friend for 40 years who now plays with Belgrave in his Louis Armstrong and Marcus, Charlie & Joan shows. “He can bring out the best in young musicians, because he is an educator who can get into the depth of the music in its full form.”

Belgrave gravitated toward working with young musicians in Detroit during the 1970s after being sidelined with an illness. He established the Jazz Development Workshop and co-founded the Jazz Studies Program at the Detroit Metro Arts Complex. Many of his young protégés have carved out successful careers in the music industry. Belgrave has taught jazz workshops and lessons at a dozen colleges and universities, and is currently professor of jazz studies in the Music Department at Oberlin College in Ohio. He also derives great satisfaction from his work with students at Detroit-area elementary, middle, and high schools, and is serving as the 2009-2010 Jazz Master Artist in Residence for the Virgil H. Carr Cultural Arts Center.

“I was trained in classical music and was always first chair or soloist in the band and orchestra at Chester High School,” recalls Belgrave, who grew up in a poor, but musically talented, family of 12 children in Chester, Pennsylvania, where his father worked in the steel mill. “Taking private lessons and playing in different ensembles also helped me. This is what I try to do for the youngsters I see here in the city of Detroit. I’m not so much a teacher as I am a motivator.”

Belgrave’s early memories are syncopated with musical firsts. His first bugle lessons at age three. His first trumpet, a used one, for Christmas at age six. His first infatuation with Louis Armstrong at age eight. His first encounter with Dizzy Gillespie at age 12 and his first opportunity to play with Gillespie at age 15. His first job on the jazz tour circuit with Ray Charles at age 21. His first introduction to Berry Gordy Jr., the Motown sound, and the city of Detroit at age 26.

Belgrave left Ray Charles to join Gordy’s Motown Record Corp. at the Hitsville U.S.A. recording studio on West Grand Boulevard in 1963. When Gordy moved his multimillion-dollar production company to Los Angeles in 1972, Belgrave stayed in Detroit and co-founded TRIBE Records two years later. He put down permanent roots in the Motor City, established a home for his family, and used Detroit as his springboard for musical outreach to countless communities and countries. 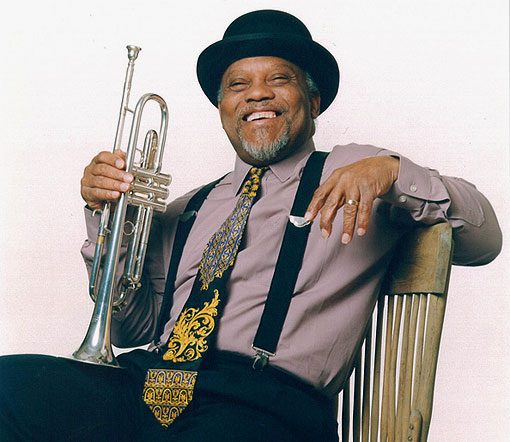 Playing the trumpet – now a copper-bell Zigmant Kanstul model – is still Belgrave’s passion, as it always has been. Over the years, he has performed and recorded with all the jazz greats, including trumpeters Doc Cheatham and Wynton Marsalis, bassist Charles Mingus, pianist McCoy Tyner, and many more. His musical collaborations have engaged topnotch singers and entertainers, such as Ella Fitzgerald, Aretha Franklin, Tony Bennett, Liza Minelli, and Sammy Davis Jr.

The honors, awards and tributes Belgrave has received for his musical achievements are impressive. He was ushered into the Detroit Jazz Hall of Fame in 1987 and received the Louis Armstrong Award for Jazz Excellence from the Detroit Institute of Arts in 1992. In 2008, he was named Jazz Master Laureate of Detroit, and this year he received the 2009 Jazz Guardian Award for Artistry at the 30th annual Detroit International Jazz Festival. Three projects are currently up for Grammy consideration: Marcus, Charlie & Joan … Once Again, featuring Belgrave, his wife, singer Joan Belgrave, and Charlie Gabriel on the tenor sax; Excitable, showcasing Joan as a jazz vocalist; and Tribe Rebirth, a contemporary jazz album.

“I want to see the music of America continue,” Belgrave says. “We have so much to give. Our music keeps coming, bubbling up from a reservoir. I’m happy to have been a vital part of an era, and I want to see it endure.”

Access a link to a video of his work.