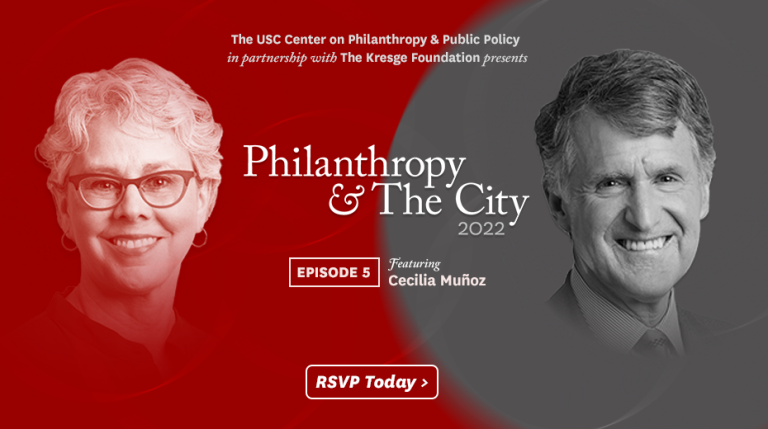 A new five-episode video series, Philanthropy & The City 2022, debuted in August from The USC Center on Philanthropy and Public Policy and The Kresge Foundation. All five episodes are available to watch now.

The series brought together some of the nation’s foremost leaders at the intersection of philanthropy and urban leadership. Hosted by Kresge President & CEO Rip Rapson, the conversations explored the essential role of community in establishing local priorities, how philanthropy varies in the context of mayoral leadership styles and leveraging federal resources at the local level.

The series kicked off on Aug. 4 with former San Antonio mayor and former Department of Housing and Urban Development secretary, Henry Cisneros, discussing the differing approaches used by mayors to influence the future of American cities. Henry and Rip explore the complementarities between local elected priorities and efforts that build cross-sector scaffolding around city government. They also discuss how experienced mayors, city administrators and community advocates practice civic leadership in the context of different communities and governance structures.

The final episode debuted on Oct. 6 and featured Munoz, Kresge’s Board Chair and Senior Advisor at New America Cecilia Muñoz.

Episode 1: Mayor as a Verb

Episode 5: The Question of the Hour